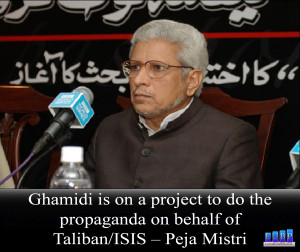 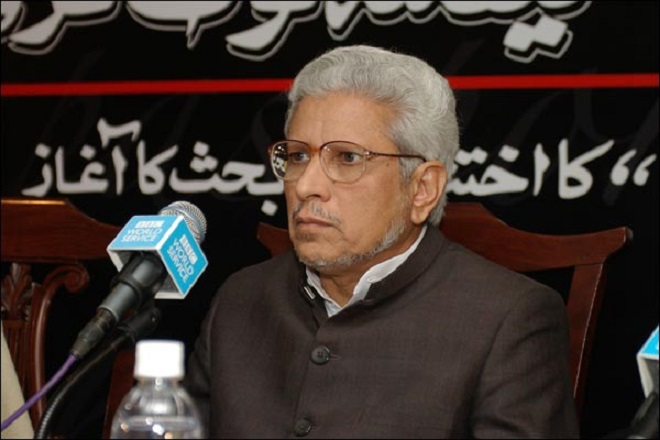 For those, although I know they are only deobandi atheists/seculars, who think Ghamidi is some sort of a modern molvi with views ‘against’ extremism must remember few things about him:
1. Ghamidi subscribes to the same ideology which Taliban/ISIS molvis subscribe i.e. Wahabi sect.
2. He is simply an extremist Wahabi who follow ibn-e-Tamiya and Muhammad bin Abdul Wahab’s corrupt and heinous Islam.
3. He was a khateeb in a mosque in Lahore in Zia days and was considered a very bad guy ( a pedophile ).
4. He worked with the people like Moododi and Ameen Islahi both corrupt to the core ‘scholars’ particularly in their moral character.
5. He practices doctrine of best deception which means that in the way of Allah you can use all types of lies, deciets. He was trained in this by Ameen Ahsan Islahi himself.
6. People ask me but he is against Taliban ideology? I tell them his difference with them, first of all is according to the doctrine of best deception which means he can revert to correct Aqeeda at anytime(these are his own words). Secondly in his own words, his difference with Taliban is not because what Taliban do is wrong, in fact what Taliban practice is the real Islam of the salaf (سلف). What he wants is to find a way to align it with the realities of the world, until Muslims start ‘ruling’ the world again. For this purpose his job is to create a smoke screen and confusion such that people who are against Taliban think that he is against them, while Taliban get the recognition as real Islam in the eyes of common Muslims.
7. I call him Saleem Safi of molvis who apparently talks against Taliban but has deep rooted ties with them. His job is to create a softer image of Taliban in the media.

These days Ghamidi is on a project to do the propaganda on behalf of Taliban/ISIS whose objectives are;

A) Tell the common Muslims particularly Muslim youth in the West and developing Muslim countries that the heinous Islam that Taliban/ISIS follow is the real Islam and is accepted by all sects.

B) In the name of current narrative, he is striving to prove to youth that the ugly Islam in which they slit throats, kill children, burn the religious places of other religions, enforce Sharia, and all those heinous acts which are condemned by the civilised world are indeed committed by none other then Muhammad and his companions. He ‘proves’ that this version of Islam is what is agreed by all the sects.

C) With his twisted logic and deceptive arguments he ensured that youth grown up in west start accepting the crimes of Taliban/ISIS as part of Islam practiced by all the sects.

D) Then his objective is to ensure that Taliban are considered as good or bad as any other Muslim. In fact this is one of his primary objective. As it serves both purposes for non-muslims it blurs the boundaries between Islamism and Islam. And for Muslim youth it ensures that they can be easily recruited in the fold of Taliban for terrorists activities.

I have predicted that very soon Malaysia will become the biggest seeding ground for terrorists. Ghamdi has been sent there to prepare a new generation of terrorists to play havoc with the world.
World must remember that Afghanistan and Pakistan were relatively poor countries and the terrorists trained their could do only 9/11,7/7. Malaysia, US, UK are rich countries, a terrorist generation from there could easily by a danger to the whole human civilisation.