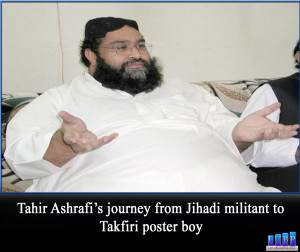 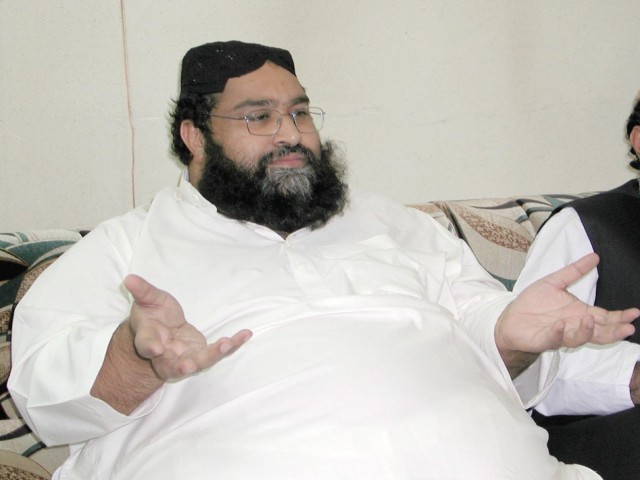 A graduate of Jamia Ashrafia that was among the Deobandi Madrassas that declared the Shia infidels, Hafiz Tahir Ashrafi was a passionate jihadi in the 1980s. He took part in the Afghan jihad as a member of Deobandi terrorist outfit Harkat Ul Jihad Islami in 1982, at the age of 12. The group was then headed by Qari Saifullah Akhtar, a notorious terrorist known for his attacks on Sunni Barelvis, Shias, Christians, Ahmadis, and Pakistan army. Jalaluddin Haqqani and Maulvi Yunis Khalis and other Deobandi Jihadist were also associated with this outfit. Haqqani was one of its commanders.

Ashrafi still has bullet and bomb shrapnel injuries in his leg and back which he sustained during terrorist activities in Afghanistan. In his later life, he acted in support of LeJ and played a key role in the release of LeJ’s central leader Malik Ishaq Deobandi. A former member of Jamiat Ulema-e-Islam’s Samiul Haq faction, Ashrafi has been writing Urdu columns in ASWJ-LeJ’s magazines with a pseudonym, is a businessman in the trade of heavy machinery, and is presented by some as a moderate voice from among Deobandi religious leaders. Interesting, his Deobandi Ulema Council (PUC) still still does not believe Shias or Ahmadis are Muslims, but a booklet of its edicts condemns their killings (Fatawajat, p 13).

Despite all these well known facts about Tahir Ashrafi’s actively supported in the mainstream media and portrayed as a “liberal” Molana. This is only because Ashrafi consistently imbibes generous amounts of alcohol with his “liberal” media friends.

As true liberals we should not be opposed to Molana Ashrafi’s intoxication, it is his business. However, we should oppose the hypocrisy. 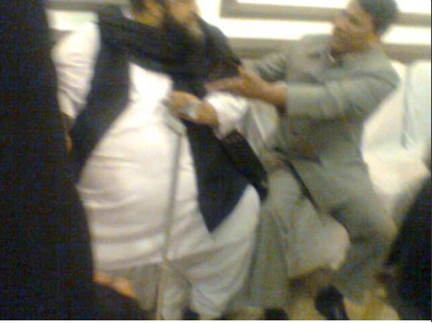