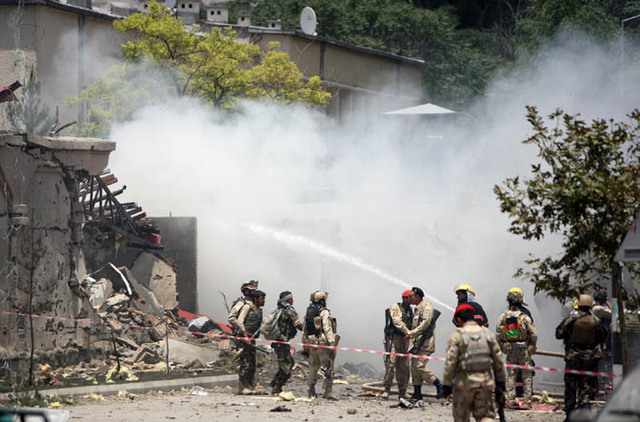 The Taliban is a movement of fundamentalist Islam that dominated Afghanistan as an “Islamic Emirate” from 1996 until the death of their founder, Mohammed Omar, in 2013. The group gained diplomatic recognition from Pakistan, Saudi Arabia and the United Arab Emirates.

In Pashto, Afghanistan’s national language, the word “Taliban” means students. Most of them belong to Pashto-speaking tribes who followed the cultural norms of what they called “pashtunwali.”

After Omar’s passing, Mullah Akhtar Mansoor succeeded him in 2015. His predecessor had stood for strictly interpreting and observing the Sharia, the law of Islam. Taliban’s leaders were strongly influenced by Deobandi fundamentalism, named after Deoband in India, where the school of Darul Uloom Deoband is situated. The movement was inspired by Shah Waliullah Dehlawi (1703–1762) and was founded in 1887.

While in power, the Taliban was widely condemned for its brutal treatment of women. From 1995 to 2001, Pakistan’s intelligence and military were suspected of supporting the Taliban, but they seemed to have dropped all support for the group after Sept. 11, 2001, when terrorists reduced the towers of New York’s World Trade Center to rubble.

Al-Qaida, a multinational and stateless Islamist army, aided the Taliban with fighters from Arab and central Asian countries. Saudi Arabia also provided financial support. From 1996 to 2001, the Taliban and its supporters committed massacres against Afghan civilians, denied food supplies from the United Nations to starving civilians, burned vast areas of fertile land and destroyed tens of thousands of homes.

Al-Qaida evolved while some of its most prominent leaders got killed, among them Osama Bin Laden. Ayman al-Zawahiri, an eye surgeon who helped found the Egyptian Islamic jihad, became al-Qaida’s new leader in 2011, a few weeks after bin Laden’s death. Al-Qaida vowed to continue its struggle under its new leaders against “crusader America and its servant Israel, and whoever supports them.”

The Taliban appears to control Afghanistan’s major cities while tribal warlords prevail in the countryside. Taliban police have been reported to patrol the streets of Herat, the country’s third-largest city, in pickup trucks. A native journalist by the name of Rashid described the Taliban government as “a secret society run by Kandaharis … mysterious, secretive, and dictatorial. The group did not hold elections, as its spokesman explained: “The Sharia does not allow politics or political parties. That is why we give no salaries to officials or soldiers, just food, clothes, shoes and weapons. We want to live a life like the prophet lived 1400 years ago, and jihad is our right. We want to re-create the time of the prophet, and we are only carrying out what the Afghan people have wanted for the past 14 years.”

The Taliban seems to model its decision-making process on the Pashtun tribal council, the jirga, together with what it believed to be the early Islamic model. Discussion was to build a consensus among the “believers.” As the Taliban’s power grew, decisions were said to be made by Mullah Omar without consulting the jirga. He was reported to have visited the capital, Kabul, only twice while in power. Instead of an election, their leader’s legitimacy came from an oath of allegiance in imitation of the prophet and the first four caliphs.

A Taliban spokesman explained: “Decisions are based on the advice of the Amir-ul Momineen. For us, consultation is not necessary. We believe that this is in line with the Sharia. We abide by the Amir’s view even if he alone takes this view. There will not be a head of state. Instead there will be an Amir al-Mu’minin. Mullah Omar will be the highest authority, and the government will not be able to implement any decision to which he does not agree. General elections are incompatible with Sharia and therefore we reject them.”

In Arabic, the title emir means “one who gives orders.” The Taliban was reluctant to share power, and since most of them belonged to the Pashtun tribe, they ruled as overlords over other ethnic groups. In local government, such as the city councils of Kabul or Herat, the Pashtu-speaking loyalists dominated, even when they could not communicate with roughly half of the population who spoke Dari or other non-Pashtun tongues.

Critics complained that this “lack of local representation in urban administration made the Taliban appear as an occupying force.”