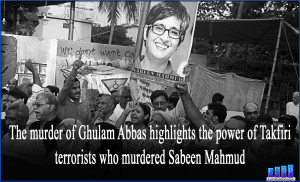 Ghulam Abbas, the main eye witnesses of the brutal and callous murder of Sabeen Mahmud by takfiri terrorist, Saad Aziz Deobandi, was murdered in Karachi yesterday. As the main eye witness and the person who drove the Sabeen and her mother to the hospital, Ghulam Abbas’s identification of the terrorists was a crucial aspect of the case against Sabeen’s takfiri murderers.

“KARACHI: A police constable, who worked as driver of slain social activist Sabeen Mahmud and was a witness to her killing in April this year, was shot dead in the city’s Korangi area on Monday.”

““At the time of the attack Sabeen Mahmud was driving the car with Ghulam Abbas sitting on the rare seat,” he said, adding that it would not affect the case because Ghulam Abbas had already identified Sabeen’s killers and his role in the case was already closed.” Source

Ghulam Abbas’ murder strengthens the case against ISIS-affiliated Takfiri Deobandi terrorist groups like ASWJ-LeJ whose subsidiaries routinely engage in such wanton acts.  One of the most common tactics of ASWJ-LeJ is to target those brave eye witnesses who provide testimony against this group’s terrorist acts.  This murder is a further reminder to the lobbies who misappropriated Sabeen’s cowardly murder for their own agendas.

Within hours of Sabeen’s cowardly murders, a certain lobby immediately got into action to further their own agenda.   This same lobby is notorious for its obfuscation of Deobandi terrorism by using vague and wishy washy terms like “Islamists”.  This lobby is also notorious for its opposition to the Pakistan Army’s current crackdown on Deobandi terrorist groups like the Taliban. 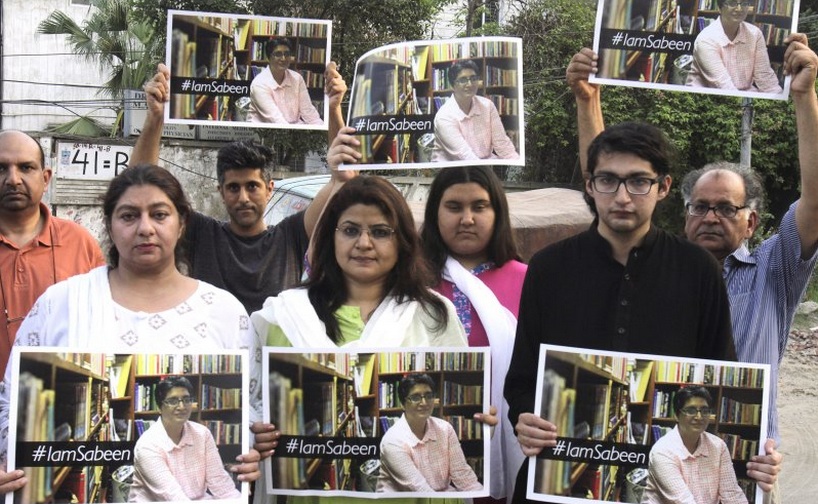 Will Pakistan’s commercial elitist “liberals” protest the murder of Ghulam Abbas.  Or will they resort to their typical selective approach to human rights?