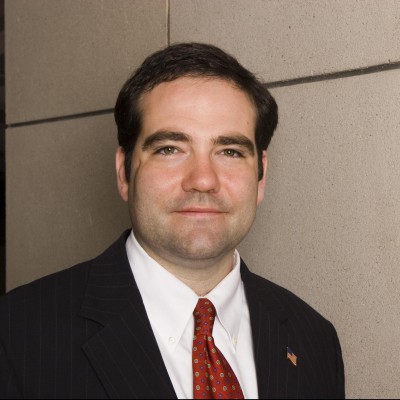 Pakistan has the potential to be a global turnaround story. I recently spent time in-country listening to a wide range of perspectives and I am convinced that U.S. policymakers and business leaders need to look at Pakistan beyond the security lens. Getting our relationship right will require deeper thinking and action on issues around trade and investment, education, and broader economic development. The United States ought to be Pakistan’s preferred partner given its 70-year relationship. But in order to participate in the upside of the Pakistan story, the United States will need to view Pakistan not as a problem to be solved but as a potential partner. There are several changes that suggest the United States should soon act on this opportunity.

The Pakistan of today is similar to that of Colombia in the late 1990s. Back then, words like “drugs, gangs, and failed state” were freely associated with the Andean country. Today, Colombia has a free trade agreement with the United States, a stable 3.5 percent annual GDP growth, a free trade agreement with the United States, and security is vastly improved. Similarly, Western headlines on Pakistan today gloss over the progress on the security front, the increased political stability, and incremental progress on the economic front. In spite of this potential for Pakistan, it continues to suffer from a terrible country brand that has not caught up with realities on the ground.

Action Against the Taliban

Pakistan’s improving security dynamic is the first change to note. It is hard to understate the before-and-after effects of the Taliban’s horrendous December 2014 attack on a military-owned elementary school in Peshawar that killed 145 people, including 132 schoolchildren aged eight to eighteen. Almost immediately after the attack, the military responded in force by taking out 157 terrorists via air strikes and ground operations in the North Waziristan and Khyber tribal areas adjacent to Peshawar.

What has not sunk into international perceptions about the country is the tangible consensus among government, military, and Pakistani citizens against violent terrorists including the Pakistani Taliban and the alphabet soup of other terrorist groups in and around the country. Pakistan will continue to experience attacks by fringe groups, but policymakers and investors need to stop operating as if the Pakistani Taliban is at Islamabad’s doorstep.

Prime Minister Nawaz Sharif is governing with a competent cabinet, a majority coalition, and is working in tandem with the military to deliver peace and security. Sharif was elected in Pakistan’s transition of power between democratically elected governments in April 2013 and so far, he has demonstrated enough of a commitment to democracy.

For much of last year, Sharif exercised restraint against an active opposition that led a crippling 162-day sit-in in front of the National Assembly to contest the 2013 election results. Instead of opting for an aggressive approach, Sharif wisely deferred to an independent election mission to verify the results, which recently ruled in favor of his party.  The military, at the request of the Prime Minister, encouraged the crowds to disperse peacefully.  The military’s decision not to use force against protesters – or the sitting prime minister – suggests that Pakistan could be on its way to further consolidating its fragile democracy.