Home  »  Newspaper Articles   »   Its Declan Walsh yet again – anyone got a panadol please? – Mubasher Lucman 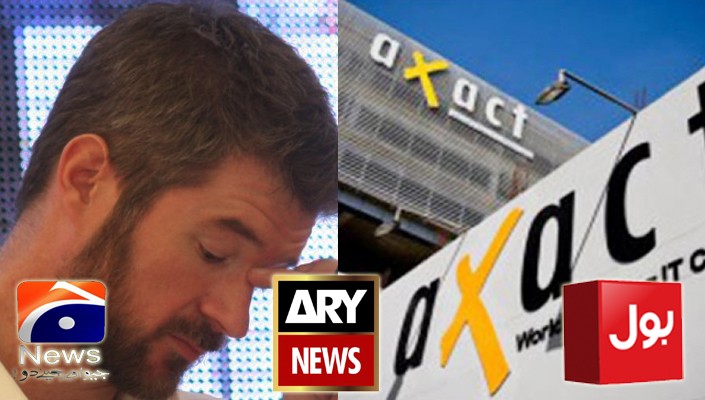 This man Declan Walsh never ceases to amaze me. He comes up with the most atrocious stories on Pakistan, its institutions and those who have any stature here. Not surprisingly he got kicked out of this country after being declared persona non grata and was branded as ​an enemy of this state. Its another story he dare not write a similar one on India, for then how will he respond in a court of law when confronted. Usually the Pakistan government is a bit slow on the uptake but not all governments are.

In a recently published article in the New York Times on July 25, 2015, this author Declan Walsh takes yet another jab at the security agencies of Pakistan in a most scathing and vicious manner. Obviously the first thing that comes to my mind is that who can be a beneficiary of this terrible onslaught by him? Why is he trying to defame Pakistan and its Armed Forces; that too regularly and it seems to me that he is definitely very unhappy that the Pakistan Armed Forces are gaining steady and systematic multiple victories against the war on terror that we locally know as the “Zarb E Azab”?

India on the contrary has been the biggest violator of the Human Rights as any one living or with family in the occupied kashmir will tell you. Over 100,000 brutally murdered there, more than 20,000 innocent women and girls raped by mad drunken Indian army personal and the list of atrocities in Kashmir is endless. Only he or some others at the New York Times are obviously, oblivious to those details and would term it as an “Internal Matter of a country”, very conveniently. The long awaited Plebiscite as demanded by a Resolution in the United Nations, is long over looked. The man who is currently the Prime Minister of India is a butcher of the Muslims and responsible directly for mass genocide of minorities across the country and yet they claim to be democratic. This man (Walsh) obviously has a history and a long history of trying his best to tarnish the image of Pakistan. Sometime back he wrote an article about me too while he was commenting on the “media war in Pakistan”, he mentioned that some anchors backed by the Army were trying to defame Baba Gee and the lot to gain a foothold in the ratings game. Not even once had he called me or my channel at the time ARY TV for our version or to get the true picture.

I did not receive a single question by the New York Times the so called authentic newspaper staff; to verify if the story being published by them at the time was true or not? They conveniently with one stroke of pen had commented that this expose on someone’s tax evasion, loan defaults was backed by the Armed Forces. In that article Mr Walsh perhaps overlooked the charges one had repeatedly made on the Jang Group and its owners and about the fact that “Paid Content” was being shown as editorial by the channel. But he still linked their detractors with the Military establishment. What a figment of imagination! That article over a year back was a clear display of his linkages with the Jang Group. Who knows these links are more strong than one can fathom to understand? I did ask my management then to take him to court and eventually take him to the cleaners for a one sided defamatory article that was based on criminal intent to defame us. However, the cost of legal law suits in the United States discouraged my management at the time who felt this man was no more than a maverick trying to be noticed, hence we could ignore his piece. (I did not agree but accepted their stance).

This same anti Pakistan writer if you recall, on the 17th of May, 2015 wrote an elaborate piece on the Axact (Pvt) Ltd making atrocious and mind boggling claims that sent the entire country’s IT industry in a spin. What however came as a mega surprise for everyone was the manner, the swift mode in which the government reacted within the first twenty fours hours of publishing of the said piece.

The Government forces acted as if on a cue. Almost a movie like situation when a trap is set for the bad guys and the police moves in with complete layout plans, blocking any exit for the culprits and nabbing the culprits with the blink of an eye. Sadly, without realising the Government on that particular day empowered a known anti Pakistan journalist, who was banned by the very Ministry of Interior itself for his crude and exaggerated attacks on the establishment of the country, allowed his article to be used as a bait to block the largest IT company in the country and paving the way for the entire business to shift as fast as possible to Bangalore, a city known for doing exactly what companies like Axact do. IT business is known for multiple applications the world over, Outsourcing software development and customer services only being a fraction of it. Axact however, was targeted as if a grave crime had been committed against humanity. The sovereignty of the country, the integrity of a nation were both put on hold for someone known well for his anti Pakistan stance and knowing fully well that this mega business will silently slip across the border. How many other or similar companies in the USA or India have been exposed or clamped down? Not even one.

If i recall correctly and I can be wrong but Declan Walsh had claimed that Axact had a market share of around 11 percent or perhaps more. But what about the other remaining 89%? Who is doing something to stop that? Obviously such a heinous crime must not go unchecked, especially if it is a crime, but what about the companies in the United states itself and across the border in India who run similar operations? Have they been raided, warned or told to stop doing similar businesses? I don’t know of any please do enlighten me if you do.

You recall, when a private company (Axact) went through the worst possible media trial in the history of the country on that fateful day. All offices across the country were seized, cars impounded, bank accounts froze, personal accounts of employees frozen, dozens rounded up throughout the country and detained illegally without any legal support that they were entitled to at the time. What FIA did forget or overlook perhaps was to seize the bank accounts of those who immediately deserted Axact and their family members. Perhaps a minor overlooking was also the inquiry if their accounts had been used in any way for the so called money laundering or not? I have no idea if they were but will you agree in such a case all must be equal before the law??

However what everyone knows by now is that a day after the publishing of the said article all hell broke loose. Government and its law enforcement started to act faster than they ever have. The media was given fabricated stories that made their day and all kinds of wild accusations crept up in television and print. Social media went berserk with funny satirical posters and clips. Text message jokes were incorporated overnight. This is all too big to be coincidental. It was cleared weeks later when a former employee of Axact revealed when he was produced by the FIA itself as a key witness in front of a Judicial Magistrate; that three months prior to the publishing of the said article he had had meetings with Mir Shakeel Ur Rahman of the Jang Group, Declan Walsh and two others in Dubai where this plan was hatched. This is where it was decided that Declan Walsh will publish this article and then government will act on it. If and what Declan’s price was (If he was paid or not) is not known as the witness did not mention that in front of the honourable Magistrate.

The closeness Baba Gee has with this government is an open secret. The GEO TV Network was charged, fined and it accepted the crime of Treason Against the State of Pakistan. As a consequence it was fined an amount and went off air for two weeks or so. Yet the accusations of the same channel and group are being taken as true when its agenda is now open for all to know. Axact offices were sealed in haste, cars impounded, employees arrested and bank accounts seized to bring on streets thousands of employees who were highly qualified from various universities the world over. Surprisingly ever after almost 2.5 months no formal charges have been framed against the company.

Whilst a harsh media trial was in process to continuously try and defame a company that has been a target of the Indian IT business tycoons for years so that this business could slip over to their companies. Official figures released by the Government of Pakistan indicate that in these two months the IT business in the country has dropped by a significant %age already and slipping down further. A great foreign exchange revenue generating consortium is being subjected to brutal consequences because it provides a competitive edge to Pakistan internationally. Needless to say all of this happened as Baba Gee and company believed that once BOL TV network started its transmission their days of dominating the Pakistan airwaves will be over. BOL TV had to be stopped at the very outset. Hence the master plan. Block their arteries, and choke them to death. And many simply obliged to chip in the master plan.

A notorious media group known for its Anti State activities is in the forefront and the people of Pakistan are being subjected to believe in totally fabricated myths. Declan Walsh is yet again busy and this time trying his best to tarnish the image of the ISI and the Armed Forces of Pakistan and insists that his stories are based on facts. Any one got a Panadol Please?