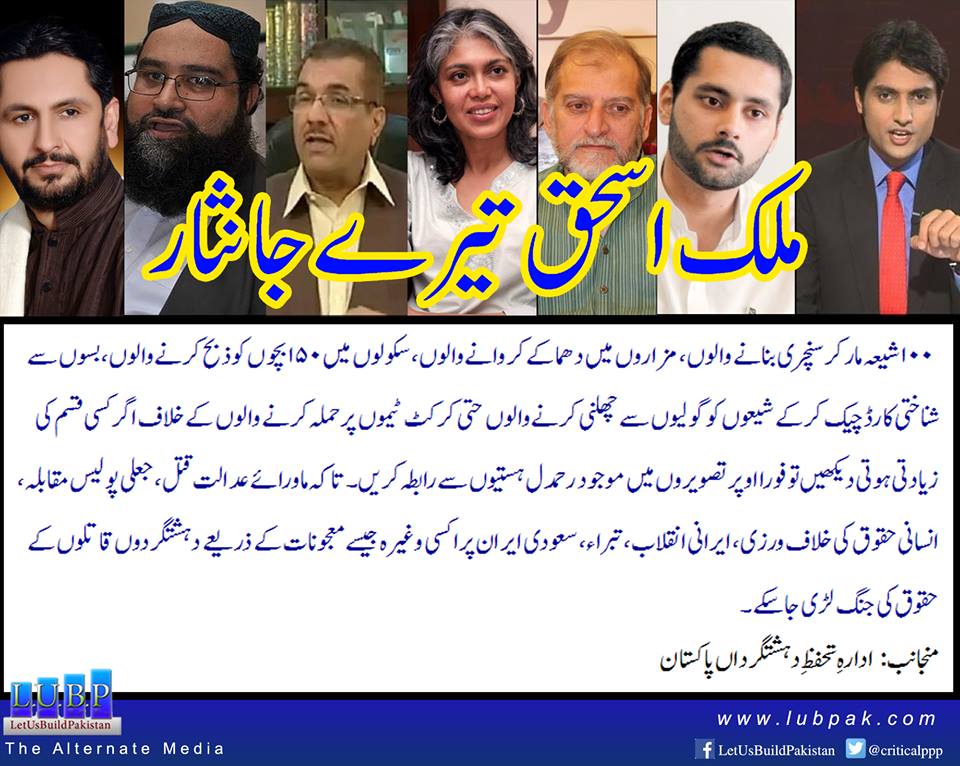 Ajmal Jami is a closet Takfiri and a known sympathizer of ASWJ-Taliban Takfiri Deobandi terrorists. He cleverly and shamelessly provided a media platform to the Deobandi bigot Mujib-ur-Rehman Shami to peddle the usual ASWJ’s Takfiri and blasphemy motivated propaganda against Shia Muslims on the false charges of the Tauheen of Sahaba.

Jami also allowed Shami to use the false Sunni-Shia and Saudi-Iran binaries to obfuscate and justify the Takfiri Deobandi terrorism against both Sunni and Shia. Shami used the opportunity to eulogise Malik Ishaq , Haq Nawaz Jhangvi and other terrorists and incited hatred and violence against Shia Muslims.
We demand that both Jami and Shami be arrested and prosecuted as per the anti-terror legislation in Pakistan.