Home  »  Newspaper Articles   »   Instead of bashing on Malik Ishaq’s killing, why can’t we just give the Army a break and believe its claims, for once? – by Umaima Ahmed 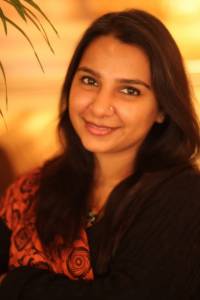 Having a rare day off, I was, as always, sleeping when the news of Malik Ishaq, his two sons’ and 13 of their follower’s demise in an encounter near Muzaffargarh broke and spread like wildfire. I was still half asleep when I checked Facebook and was dazed to see status after status expressing happiness over his death and praising the police. This, no doubt, was a natural outpour of emotions coming especially from the Shia sect, particularly from the Hazara fraternity of Baluchistan.

Since the days of Zia, Shias have been a target for hardline extremists, and it is difficult to say exactly how many have been killed in all these years. I recall the attacks that happened during ex-President Zardari and ex-CJ Iftikhar Chaudary’s tenure in Quetta. Those attacks and scenes of the families sitting with more than eighty of their beloveds’ dead bodies on the roads had shaken me. That was when I realized that Pakistan has come down to a real bad state of affairs.

For days they sat in the open, in the sun and in the rain, but the CJ was least concerned – he took no suo motu notice nor perhaps did he care about the on-goings. Otherwise, he was seen taking notice of every other happening, even the prices of products in Sunday bazaar. I saw and heard people everywhere use the term “islam zinda hota hai har Karbala kay baad” (“Islam is brought back to life after every Karbala) but till this day I don’t see it “zinda” anywhere; maybe because no one was found responsible for the action, nor was anyone punished. Our flawed judicial and law and order system makes it easy to get off and hard to get punished – unless you are poor.

So, back to the Malik Ishaq story: going through social media, I saw that together with the accolades, there were also people who spoke against Malik Ishaq’s encounter. Omaid Malik, a friend and a social activist, opined that this encounter was fake and a step in the wrong direction, saying that Ishaq should have been tried in a court of law and not killed on the road side.

In an interview with Dr. Mona Kazim Shah in the USA, Arif Jamal, the author of “Call for Transnational Jihad,” said that looking back in history, many people have been killed in fake encounters; the state and Army needed people like Malik Ishaq earlier for the Afghan and Kashmir jihad and now that he had perhaps outlived his utility they got him killed.

Then there was lawyer Yasser Latif Hamdani, expressing his opinion on Facebook, saying, “If you are going to threaten judges and shut witnesses up, police encounters will happen. Pakistan is a little safer with the dispatching of Malik Ishaq to rendezvous with his hoors.”

And last but not the least, Jibran Nasir, the Karachi based lawyer-activist, stated on Facebook: “The killing of Malik Ishaq can trigger retaliatory attacks. Government should pay special focus on increasing the security of Imam Bargahs especially on Friday.”

All of these remarks made me think about the event from different angles.

When PTI took charge in KP, there was a jailbreak in Bannu and many terrorists escaped. This was coupled with the TTP’s attempts at digging tunnels around Karachi jail to get their fellow party men out from jail. Then why can’t this encounter be made up?

Starting from Omaid Malik, if the legal system was unflawed and the courts were powerful and working without fear, they would have punished all those who were brought before them, including Mumtaz Qadari. As Yasser Latif Hamdani said, when the witnesses are not provided security who will step up and give testimony against criminals? Everyone wants to live, especially those who cannot afford to leave the country.

When the Military Courts were being set up people had issues. However, no one questioned why the judiciary had failed in providing justice. Arif Jamal said that the Army and the state does not need people like Ishaq any longer. For argument’s sake I agree with him, but would still like to know why we can’t believe the Army’s claim of seriously willing to eliminate these people, for once.

Yes, they are slow in initiating action and are taking their time, but does that mean they are not working?

Since has COAS Raheel Sharif taken over, things seem to be improving. Jibran Nasir’s advice about security being heightened was a sounds one; Imam Bargah’s security should be strengthened, not only on Fridays, but also otherwise, as groups who followed Malik Ishaq will retaliate. But that does not mean we should sit back in fear.

Is it not time we stopped bashing the Armed Forces, and start asking the democratically elected Government when will they wake up from their “NAP” to work on the National Action Plan? They are mistaken to believe that the NAP lollipop will pacify us.

As soon as Operation Zarb-e-Azb went underway, the security situation in Pakistan started changing and people witnessed a reduction in the number of blasts, target killings and terrorist attacks. But after 16 December 2014, when those beasts of hell attacked our children, it became more obvious.

No doubt attacks still happen but they are not of the same intensity nor as many as before. There is a drastic change that is visible in the security of our country and our lives, and operations are being carried out in places which not many people were even aware of. We have no idea of how many networks have been eliminated, how many bombs have not exploded (thanks to our bomb disposal squads), how many acts of terrorism have been thwarted, and how many arms and ammunition have been recovered.

So let us look at the recent actions dispassionately, let us be rational and not emotional, let us, for once, give our law enforcement agencies the benefit of a doubt, and give them a helping hand even if on social media!

I assure you, like all of us, even the “heartless” members of the LEA’s relish a pat on the back – after all how many of our armchair warriors are actually facing bullets in the field?