Home  »  Newspaper Articles   »   Who has triumphed in Vienna? – by Syed Kashif Ali 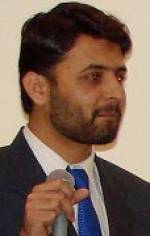 With sanctions removed, not only will Iranian economic revival be initiated but also greater US-Iran regional cooperation is expected in the Middle East, especially for Iraq’s stability, fight against Islamic State and peaceful settlement of the Syrian and the Yemen crises

The marathon talks held in the Austrian capital of Vienna eventually culminated in a landmark agreement between the P5+1 countries and Iran on Tehran’s much debated nuclear issue. The parties agreed on a historic Joint Comprehensive Plan of Action (JCPOA) to ensure that under no circumstances would Iran ever seek, develop or acquire any nuclear weapons and that the Iranian nuclear programme would be for exclusively peaceful civilian purposes. Iran will remove two thirds of its uranium enrichment equipment to be stored at the Natanz nuclear facility to be visited by international inspectors and low enriched uranium will be sold in the international market in return for natural uranium delivered to Iran.

“The successful implementation of this JCPOA will enable Iran to fully enjoy its right to nuclear energy for peaceful purposes. This will produce the comprehensive lifting of all UN Security Council sanctions as well as multilateral and national sanctions related to Iran’s nuclear programme, including steps on access in areas of trade, technology, finance and energy,” says the JCPOA.

World leaders have welcomed the agreement. US President Barak Obama claimed that the agreement “offers an opportunity to move in a new direction”, while the Iranian president, Hassan Rohani, once himself a top Iranian nuclear negotiator back in 2003, called it “a beginning of the test that could break up the walls of distrust”. As was expected, the Israeli Prime Minister (PM) blasted and outright condemned the nuclear accord, calling it a “stunning historic mistake”. He also vowed to use all options available to ensure Israeli security, hinting at a preemptive strike. The Arab allies of the US also showed their scepticism over the deal fearing it would only escalate Iranian influence in the Middle East.

With the deal to be formally endorsed by the UN Security Council (UNSC) and the US Congress, President Obama has vowed to use his veto power — requiring only 34 senators to sustain it — against the legislation, the question remains: who has achieved what in this 23-month long saga?

First and foremost, this nuclear accord is a victory of diplomacy, negotiations and proper engagement. What could not have been done through the decades-long animosity and confrontation was achieved through diplomacy, negotiations and tactful proper engagement of the parties involved in the conflict. It is a good lesson for countries like Pakistan and India to come to the negotiating table, discuss all issues with a sense of sincerity, give each other appropriate concessions and resolve all outstanding issues, making South Asia a better place to live for 1.4 billion people or, for that matter, for Iran and Saudi Arabia involved in a duel for regional supremacy that the negotiating table is the last place where warring parties eventually have to come to resolve all disputes. The sooner they come to the negotiating table, the better it will be for them as well as for the whole region when it comes to becoming stable, secure and prosperous.

Barack Obama could sell the deal back home claiming that he has achieved what all other previous US administrations since Iran’s revolution could not: bringing Iran to the negotiating table through a carrot and stick policy, forcing it to sign a nuclear deal with world powers to ensure that Iran does not seek, acquire or develop a nuclear bomb. From the outset, Iran has pleaded its case for the right to peaceful nuclear technology, as is ensured in the JCPOA, so Hassan Rohani, the Iranian president, can rightly claim to his home audience that he is safeguarding the national interest as the nuclear issue is considered in Iran a matter of national honour and prestige.

Once the deal comes into effect, Iran’s sanctions stricken economy will be boosted and revived. According to Ian Bremmer, the head of a New York based research group, in the year 2016 to 2017, Iran will see an overall economic growth of seven to eight percent, oil exports in the year 2017 will grow by one million barrels per day (bpd) and Iranian trade with the European Union will increase by 400 percent by mid-2018. Other than that Iran is also expected to gradually get back its frozen assets worth $ 10 billion dollars.

With sanctions removed, not only will Iranian economic revival be initiated but also greater US-Iran regional cooperation is expected in the Middle East, especially for Iraq’s stability, fight against Islamic State (IS) and peaceful settlement of the Syrian and the Yemen crises. “Iran must show that it is ready to help us on Syria to end this conflict,” the French president said. But, effectively, there is nothing in the nuclear accord that binds Iran to cooperate with the US and the west on their terms to end the regional crises. The geopolitical paradigm shift in favour of Iran is the major cause of Israel and its Arab allies’ unrest to whom Tehran’s greater regional influence undermines their national security. Israel and the Arab countries wanted Iran to completely dismantle its nuclear programme and had pushed hard to achieve the objective but badly failed.

Iran’s political and spiritual leadership excellently complemented each other during the negotiations and created adequate pressure to get a favourable deal. Under the Iranian Constitution, the office of the leader of the revolution enjoys more powers than the president and oversees and guides key state institutions including the armed forces, judiciary and media. Foreign policy related key guidelines and defining parameters also falls under his jurisdiction. Therefore, in spite of the US and Iran’s current rapprochement during the nuclear talks, a dramatic shift in Iran’s foreign policy is highly unlikely. This was clearly stated by the Iranian supreme leader in a statement on March 21 and reiterated after the negotiations.

In the light of a religious decree of the Islamic Revolution’s founding father, Ayatollah Khomeini, against the development and use of weapons of mass destruction (WMDs), Iran claims to have a religious obligation to abstain from developing WMDs. This decree was also endorsed and issued by the current Iranian supreme leader Ayatollah Ali Khamenei. From the outset, Iran has asked for acceptance to its right to peaceful nuclear technology. And this is ensured in the current nuclear accord, which itself is a great diplomatic achievement for Iran.

With the current nuclear accord, Iran has successfully managed to obtain its right to peaceful nuclear technology, get rid of all UN imposed sanctions, removal of oil embargos, immediate economic relief with the release of billions of dollars frozen assets abroad, an end to the era of global isolation and a greater role in the region. Iran can clearly be called triumphant after the Vienna nuclear talks as it has managed to bargain with a world power about the contentious nuclear issue.