Zaid Hamid views regarding the Saudi government are well known. On many occasions he has clearly condemned Saudi government involvement in creating chaos and terror in Pakistan and all over the world, by funding the Takfiri Deoabandi and Salafi extremists.

His anti Saudi policy views were on the record on his website. If Zaid Hamid was a threat to Saudi’s why the issued visa to him.

For example: Should Pakistan become a part of Saudi-Yemeni war?

Mr. Zaid Hamid was issued an Umrah visa. This now appears to be a set up for his arrest. The Saudi Authorities were aware of Zaid Hamid’s political positions.

There are several things that were wrong with Zaid Hamid’s arrest and punishment, under Islamic traditions which the Saudi Monarchy professes to uphold as well as international norms and laws.

First, he was in Mecca and went for umrah. A muslim should be protected in Mecca, especially in the haram of Kaba.

Second, the punishment of Zaid Hamid is not evidenced by Quran or Sunnah. Neither Prophet Muhammad, peace be upon him, or any of Khulafa Rashideen awarded such punishment.

Third, the Saudi government denied a defense offered by Pakistan, therefore Zaid Hamid’s punishment was a unilateral decision. This is also haram in Islam.

Fourth, if he made any comment about Saudi Arabia in Pakistan, he can not be punished for the same in Saudi Arabia. This is against the international law.

Lastly and most important free speech should be respected universally.

Saudi authorities have denied a request by the Pakistan embassy for consular access to Zaid Hamid :

Therefore, the arrest and punishment of Zaid Hamid is a violation of international law and human rights and complete violation of freedom of speech.

The Saudi authorities should immediately release Zaid Hamid and ensure that he is well treated.

Failing this Saudi’s are sending a dangerous message to the world that only those Muslims are welcome in Mecca and Medina that agree with Saudi political views. If this is the case they should no longer call themselves custodians of Holy Mosques and change to hostage takers of Holy Mosques. 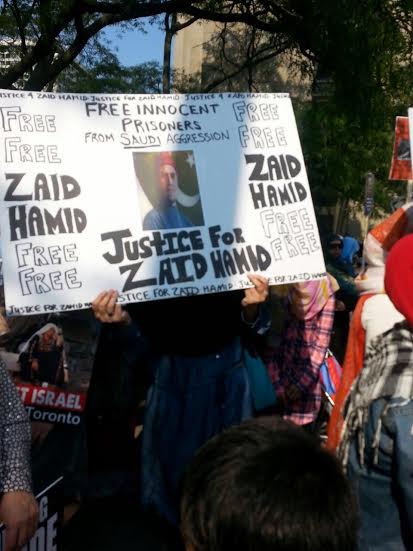 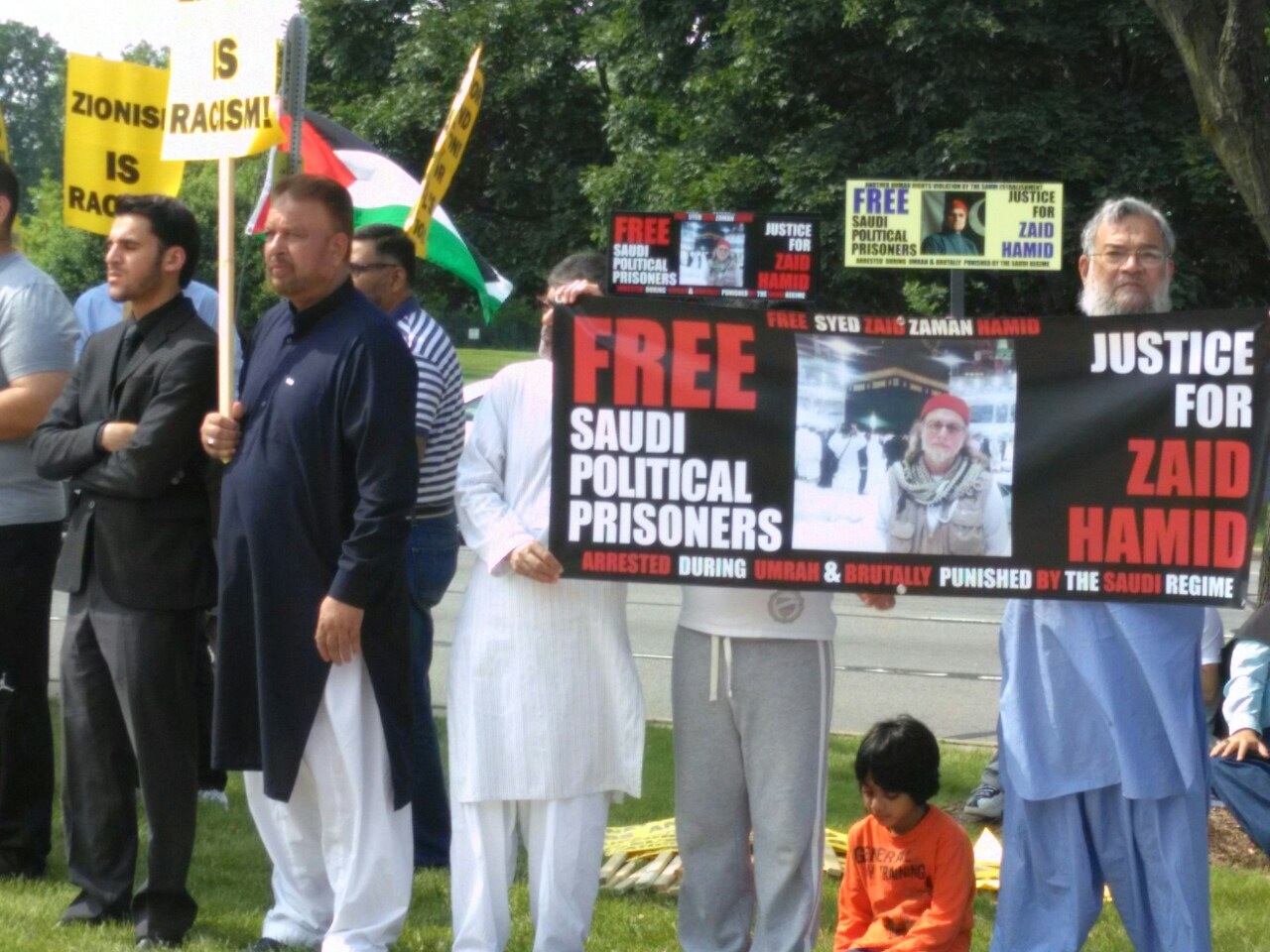