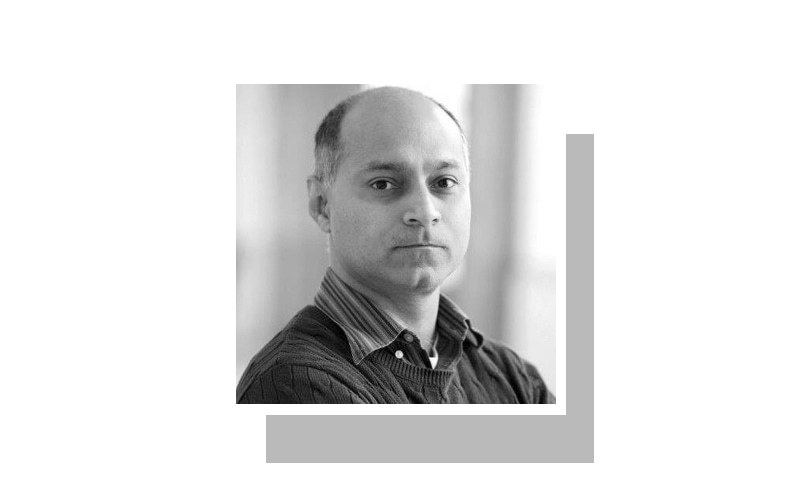 THE luck just doesn’t run out in Pakistan. Just as one door closes, another opens.

For almost a decade now, rulers in Pakistan have tried to overcome domestic opposition to broadening our ties with India and failed. For almost a decade, an olive branch remained extended, surviving even the terrorist attacks of Mumbai in 2008, while successive governments here tried to take advantage of the opportunity and move towards the normalisation of trade ties.

Twice they came close, and both times they backed away at the last minute. The PPP government made a public and desperate attempt to overcome domestic opposition in 2012, even asking for and obtaining an extension on its pledge to extend MFN status, and eventually had to announce that it was not going to take the step. No reasons were given publicly.

Iran is not only set to resume its oil exports and see its frozen assets in foreign banks released, it will also look to building greater partnerships with neighbouring countries.

The current PML-N government picked up where the last one left off, announced they would extend the MFN to India, and by March 2014, they too mysteriously decided at the last minute that it was not going to happen. This time a reason was indeed given, that the Indian government was taking its last breath and it would be better to take up the matter with the next government that would emerge following the polls.

The rest is history, as they say. The Modi government poured cold water on any talk of expanding ties and looked east instead. The door of opportunity that was open to our east for almost a decade following prime minister Vajpayee’s very reluctant decision to resume talks, slammed shut finally with the arrival of the Modi government. Today we’re back to talking about ‘back-channel’ contacts again.

The whole time the door was open, successive governments in Pakistan tried and failed to walk through it. A historic opportunity was passed up, and there is no telling when it will next appear.

In the meantime, another door is opening in the west. The agreement between Iran and the P5+1 powers paves the way for lifting the crippling nuclear sanctions that had isolated Iran from the world. With a thaw in sight, Iran is not only set to resume its oil exports and see its frozen assets in foreign banks — estimated at over $100bn — released, it will also look to building greater partnerships with neighbouring countries.

This is where Pakistan’s luck, which simply doesn’t seem to run out, comes in. One of the biggest drags on our economy has been its isolation from regional economies, its lack of integration with neighbours. In India’s case, integration was complicated for two reasons. First, of course, was the historical animosity. Second, and perhaps equally importantly, was the massive disparity in the size of the Indian economy versus ours. This disparity has complicated regional trade ties in South Asia in ways that other regions have not seen, simply because India has little to no economic incentive to push for regional integration given the size of its own internal market.

But with Iran there are no such issues. There is no baggage from history like there is with India. And the disparity in our respective economies is far smaller. Just consider the following. Iran’s top import is gold, which is probably because of the enormous declines in its currency due to the sanctions, and the relatively scant availability of dollars. With the sanctions lifting and dollars pouring in, that is going to change.

After gold, the next five biggest Iranian imports are: wheat, semi-finished iron, corn, rice and vehicle spare parts. In each of these categories, we have a substantial presence, although it’s not clear what type of vehicle spare parts Iran imports and whether our market produces what they require.

The top three Iranian exports are crude oil, gas and refined oil. We are a food-surplus country with a deficit in fuels. Iran has a surplus in fuel but a deficit in food. There is a natural partnership to be made here.

Next, consider that Iran’s top five export destinations are: China, India, South Korea, Japan and Italy, in that order. Its top five import-origin countries are China, Turkey, South Korea, Germany and India. Notice that two of our neighbors — China and India — factor in both lists, meaning we have the opportunity to become not just a natural trade partner with Iran, but also a transit route for Iran’s two largest trade partners.

Yes there are other routes linking these countries, but think about it regionally and you’ll get the picture. For instance, a producer in Indian Punjab or Haryana might find that the overland route to markets in Iran is a lot shorter through Pakistan than via a sea lane. Likewise, Iran’s connection with China either goes through Afghanistan and Tajikistan in the northeast, or Turkmenistan, Uzbekistan and Kyrgyzstan in the north. The passage through Pakistan makes at least as much sense as the other two routes.

The size of the opportunity opening up in the west is too large to ignore. There will be some who will say ‘never mind Iran, we have China’, but it would be a terribly immature mistake to view our regional position through such a one-eyed lens. The point is to capitalise on the full potential of this opening up, and for Pakistan, the potential is probably larger than it is for most other countries in the world.

Isolation from our neighbours has hurt us more than most other things. We sat out a decade of opportunity to the east, when India waited patiently for us to reciprocate the MFN status, so further trade talks could progress. Now another door is opening to the west. It would be a terrible misfortune for the country if the leadership believes that their personal ties to the ruling family of Saudi Arabia are more important than this historic opportunity, and decides to soft-pedal the engagement.