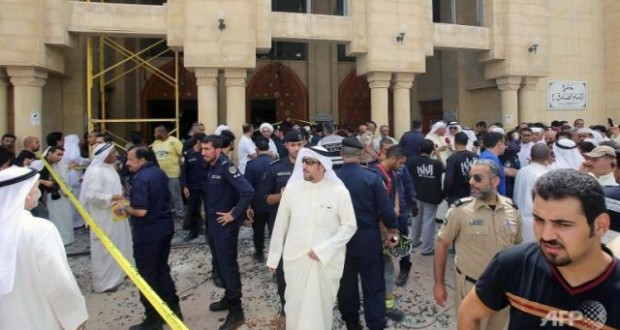 Kuwait charged 29 takfiris on Tuesday over the suicide bombing of a Shia mosque last month, claimed by the self-styled Islamic State group, that killed 26 people and wounded more than 200.

The attack, carried out by a Saudi, was the worst in Kuwait’s history.

Of those arrested, 24 have been detained in Kuwait and the remaining five will be tried in absentia. Among the latter are two Saudi brothers who allegedly transported the explosives into Kuwait and are being held in Saudi Arabia.

The prosecution charged two of the suspects with premeditated murder and attempted murder. Two others were charged with training in the use of explosives, nine with assisting in committing the crime and the rest with knowing of the attack without informing the authorities.

An ISIL-affiliated group calling itself Najd Province claimed responsibility for the bombing and also said it carried out suicide attacks at two Shia mosques in Saudi Arabia earlier in May.

ISIL considers Shias to be heretics and has targeted them across the region.

On Monday, the Kuwaiti cabinet decided to set up a permanent committee to “fight against all forms of terrorism and extremism,” and it will coordinate among various bodies in a bid to ensure security.