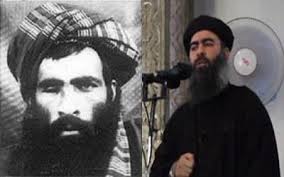 Note: Mohamad Bazzi is an associate professor of journalism at New York University, where he teaches international reporting. From 2009 to 2013, he served as an adjunct senior fellow for Middle East studies at the Council on Foreign Relations (CFR), providing regional expertise and analysis. He was also the 2008 Edward R. Murrow Press Fellow at CFR.

Before joining the NYU faculty, Bazzi was the Middle East bureau chief at Newsday from 2003 to 2007. He established Newsday bureaus in Baghdad and Beirut, and he was the lead writer on the Iraq war and its aftermath. He has written extensively about regional politics , conflicts, and militant Wahhabism . He also covered the 2000 Palestinian uprising, the war in Afghanistan, and the 2006 war between Hezbollah and Israel. In nearly 10 yearson staff at Newsday, he served as the United Nations bureau chief and as ametro reporter in New York City.

His essays and commentaries on the Middle East have appeared in The New York Times, London Review of Books, Foreign Affairs, The Nation, Newsweek, The Wall Street Journal, The Christian Science Monitor, Chicago Tribune, Salon, and other publications. He has won numerous journalism awards, including the 2008 Arthur Ross Award for distinguished reporting and analysis on foreign affairs, presented by the American Academy of Diplomacy; the 2008 American Academy of Religion Award for in-depth reporting on religion; the 2005 Elizabeth Neuffer Memorial Prize from the United Nations Correspondents Association; and the 2004 James Aronson Award for Social Justice Journalism.

The past year was a particularly cruel one for minorities in the Middle East. Since Islamic State militants seized parts of Iraq and Syria, they have relentlessly persecuted the region’s religious minorities. In doing so, the militants are trying to eradicate ancient cultures and religions that date back to Mesopotamia.

After Islamic State and its allies captured Mosul, Iraq’s second largest city, in June, they gave Christian residents an ultimatum: convert to Islam, pay a religious tax or be driven out of their homes. Many Christians fled to Turkey or the Kurdish autonomous region in northern Iraq. The extremists drove out a Christian population that had lived in Mosul for two millennia. Other groups, such as the Yazidis, have been treated far worse.

When the United States invaded Iraq in 2003, there were 1.5 million Christians living in the country. Today, the Christian population has dwindled to fewer than 400,000 — and many are on the run from Islamic State.

Islamic State’s latest targets are the Assyrians, one of the world’s oldest Christian communities, who are concentrated in northeastern Syria and northern Iraq. In late February, Islamic State militants overran 12 villages in northern Syria and kidnapped more than 200 Assyrians, including dozens of women and children. Assyrians speak a modern version of Aramaic, the language of Jesus.

The current status of religious minorities in the Middle East is indeed dire. They are threatened by civil wars, growing intolerance, the rise of Islamic militancy, autocratic governments and the pull of emigration. But it is important to remember that there is a long history of tolerance within Islam for other religions. The survival of the Assyrians, Yazidis and others until today is a testament to a millennium-long, and often overlooked, history of religious coexistence fostered by Islam.

Wahhabism and its literalist interoperation of Islam

Over the past 50 years, militant movements and some Islamic regimes that favor a literalist approach to revealed texts have imposed austere interpretations of the Quran and of Islamic law, or shariah, ones that run counter to a millennium of moderate understandings, including tolerance for other faiths. Shariah is not a monolithic system of medieval codes, set in stone and solely based on cruelty and punishment. Since the seventh century, the body of law has co-evolved with different strains of Islamic thought — tolerance versus intolerance, forgiveness versus punishment, innovative versus literalist.

To believers, shariah is more than a collection of laws; it is infused with higher moral principles and ideals of justice. Shariah literally means “the path to the watering hole,” an important route in the desert societies of pre-Islamic Arabia. Historically, Islamic law is based on four sources: the Quran, the sayings and traditions of the Prophet Mohammad (the Sunnah), analogical reasoning and the consensus of religious scholars. Because the Quran did not provide a system of laws, Islam’s early leaders would rely on the Sunnah, a collection of the prophet’s sayings and stories about his life. (The word Sunnah also means path, and it is the root of the designation “Sunni” — those who follow the prophet’s path — the dominant sect in Islam.)

In the 13th century, as the Mongols swept across Asia and sacked Baghdad, the Mongol warrior Hulagu, a grandson of Genghis Khan, asked Muslim jurists at the time: Would they prefer to live under an unjust Muslim ruler or a just nonbeliever? Wanting to keep their heads, most preferred Hulagu’s rule. But one jurist forcefully rejected the Mongol invasion, and his decision reverberates to this day. Ibn Taymiyyah, a scholar from Damascus, issued several fatwas, or religious rulings, against the Mongols, who were threatening to overrun the Levant.

After Hulagu, some Mongol leaders nominally converted to Islam, but Ibn Taymiyyah still considered them infidels. He also argued that it was permissible for believers to kill other Muslims during battle if those Muslims were fighting alongside the Mongols. Ibn Taymiyyah is the intellectual forefather to many modern-day Islamic militants who use his anti-Mongol fatwas, along with his rulings against Shi’ites and other Muslim minorities, to justify violence against fellow Muslims, or to declare them infidels.

Ibn Taymiyyah inspired the father of the Wahhabi strain of Islam that is dominant in Saudi Arabia today, the 18th-century cleric Mohammad bin Abd al-Wahhab, who decreed that many Muslims had abandoned the practices of their ancestors. Wahhab’s followers led a failed uprising against Ottoman rule in the Hijaz, the region of Arabia where Islam was founded. The Wahhabi appropriation of Ibn Taymiyyah’s teachings would have a profound impact on the future of Islamic militancy. Their brief rule over Islam’s holy sites in the early 19th century introduced pilgrims from across the world to the idea that violent revolution could be construed as a religious obligation.

Today’s Wahhabi militants in middle east ( Deobandi militants in South Asia ) and repressive regimes — especially Saudi Arabia, which has used its oil wealth to export Wahhabi doctrine throughout the Muslim world — are obsessed with literalist interpretations of shariah and punitive aspects of the Quran, as opposed to strands that emphasize Quranic exhortations to forgiveness. The weight of Islamic history skews toward moderate understandings, but in recent decades these regimes and militants have used their influence to breed intolerance.

How were so many minority communities able to coexist with Islam for more than a millennium? For a long time, these groups reached an accommodation with Muslim rulers by emphasizing the idea that they were ahl al-kitab, or “people of the book.” The Quran singled out Jews, Christians and Sabaeans (an ancient people who lived in what is now Yemen and southern Iraq) as possessors of books recognized by Islam as God’s revelation. As the Islamic empire expanded, Jews and Christians were granted legal status in Muslim communities as protected subjects, known as dhimmis. They were allowed to practice their faith, govern their own communities and defend themselves from aggressors in exchange for paying a special tax, the jizyah.

Other groups, including the Samaritans, Yazidis and Zoroastrians, managed to secure the label “people of the book” for themselves, and in doing so were able to coexist with the dominant religion. Islam was, especially in its initial centuries, a religion that could accommodate and incorporate ideas from elsewhere. It also did not seek to suppress the older faiths of the Middle East.

In his powerful short book, In the Name of Identity: Violence and the Need to Belong, the Lebanese novelist Amin Maalouf describes how in its early conquests, Islam had developed a “protocol of tolerance,” which he contrasts with Christian societies at the time. Maalouf, himself a Greek Catholic, a religious minority, wonders: “If my ancestors had been Muslims in a country conquered by Christian armies, instead of Christians in a country conquered by the forces of Islam, I don’t think they would have been allowed to live in their towns and villages, retaining their own religion, for over a thousand years.”

Maalouf notes that at the end of the 19th century, Istanbul, then the capital of the Ottoman Empire, had a majority of non-Muslims — Armenians, Greeks and Jews. “From the outset, and ever since, the history of Islam has reflected a remarkable ability to coexist with others.”

We must not allow that history to be overshadowed by overzealous regimes and the rise of Islamic State, which views non-Muslims — and even many Muslims — as people to be forcibly converted, driven into exile or put to the sword. For a long time, there was another way.