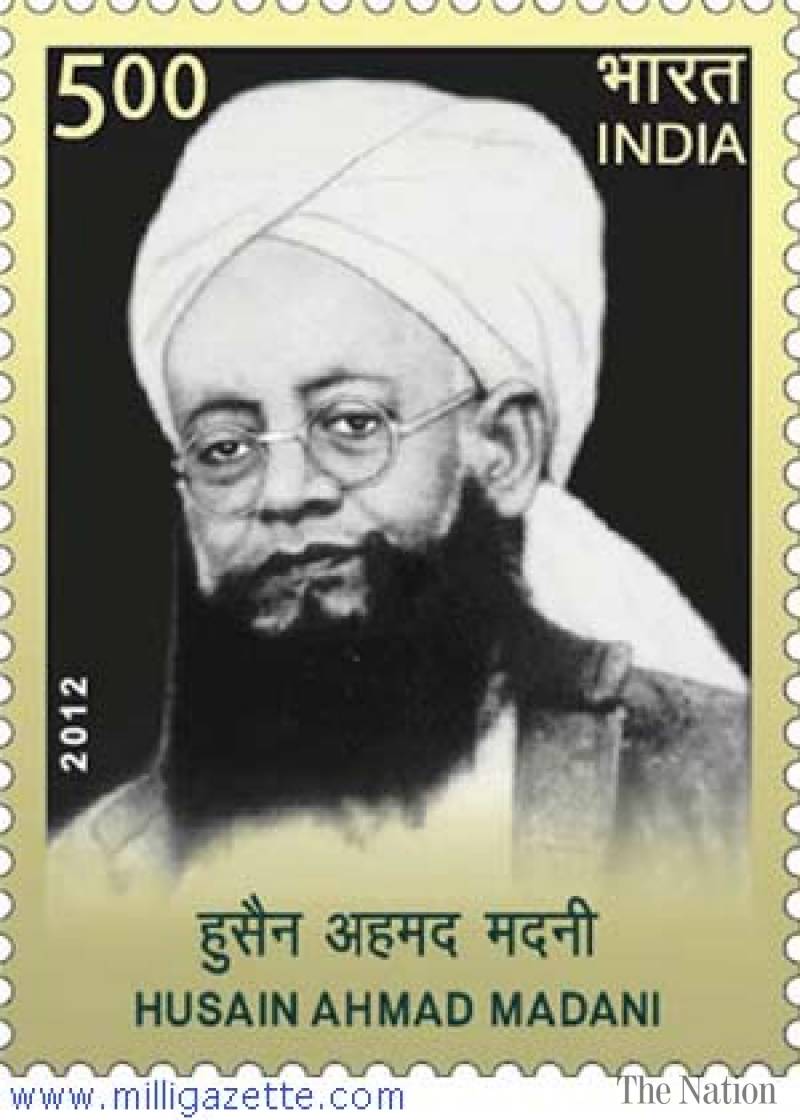 Deoband dignitaries started their struggle against the imperial subjugation of the Indo-Pak subcontinent at a time when nobody dared to utter a word against the British rule.

The predicament of the Indians was unspeakable. Whenever the history of Indian independence is discussed, the name of the brave Deoband scholars is taken with great reverence and honour. The irony of fate is that today the Deoband school of thought in Pakistan is heavily involved in extremism.

In the following lines we shall discuss the contribution of the Deoband school to the Indian communities.

Maulana Husain Ahmed Madani, a student of Shiekh-Ul-Hind Maulana Mahmood Ul Hassan, was a religious scholar who supported the Congress’ struggle for a united and secular India where all the communities were equal in the eyes of law. He taught hadith at Darul Uloom Deoband. He was given the title of Shaikh ul Arab wal Ajam (The sheikh of Arabs and Non-Arabs). He said:

“All should endeavor jointly for such a democratic government in which Hindus, Muslims, Sikhs, Christians and Parsis are included. Such a freedom is in accordance with Islam”

As Indian independence approached in 1947, Maulana Madani stood as a staunch opponent of those calling for the establishment of a separate homeland for the Muslims of India. Instead, he wrote, argued, and campaigned for the position that Muslims could live as observant Muslims in a religiously plural society where they would be full citizens of an independent, secular India.  His importance rests in his being both a political activist and an influential scholar who made Islamic arguments to support his position. Maulana Madani’s life and thought thus challenge common assumptions about the incompatibility between Islam and democracy. More fundamentally, his life serves as an example of the varied and pluralistic ways in which traditionalist Islamic scholars can engage with their scholarly tradition to address the political and social issues of their day.

Maulana Madani opposed Pakistan as someone deeply committed to a Muslim presence in the whole of India. He couched his argument within the framework of modern territorial nationalism, asserting Muslim indigeneity and ties to the land. He thus challenged Hindu “communalists” who marginalized non-Hindus in their vision of Indian nationalism. In this, he also broke with Muslim separatists ready to sever their tie to the larger territory. In taking this position, he, like other Indians, moved beyond historic patterns of de-territorialized loyalties in favor of the modern commitment to national belonging defined by homeland.

Maulana Madani argued that India had had an Islamic presence from the beginning of human history; that the blessed soil of India was the repository of centuries of deceased holy men; and that India was Indian Muslims only and beloved home. To those who attacked him as a “slave” of Hindus who sacrificed the interests of Islam, he replied that he in fact visualized Islam’s true interest. Only by remaining within India could Muslims fulfill their obligation continuously to present the message of Islam to others. Far from seeing Pakistan as ushering in an Islamic utopia, he joined others in the Congress in dismissing its aristocratic and “feudal” leadership as reactionary in contrast to the progressive (taraqqi pasand) orientation ofthe nationalists. He had a strong debate with Allama Muhammad Iqbal on whether the identity of a nation depends upon its land or religion.

The Allama wrote a poem “Hussain Ahmad” in “Armaghan-e-Hijaaz’’, his book of verses in Persian:

[The Ajamites (non-Arabs) do not yet know, the fine points of our faith; Otherwise Husain Ahmad of Deoband! What is this foolhardiness?
A sermon-song from the pulpit that a nation by a homeland be! From the real position of the Arabian Prophet (PBUH), how sadly unaware is he!]

But the irony of fate is the Deobandi Ulema today have strong conviction that all Muslims are a single nation regardless of their geographical, political, cultural and historical backgrounds. They have forgotten the lessons of their own mentors and senior religious scholars. They also consider secularism as ‘kufr’.

Maulana Ubaid Ullah Sindhi was one of the leading religious scholars from Deoband school of thought. He was the protégé of Maulana Mehmoodul Hasan. He assisted his mentor in organizing and launching a well-planned struggle “Silk Letter Movement” against the imperial powers. In this regard Maulana went to different countries.

He visited USSR where the Marxist revolution was being conceived. He was welcomed as a special guest there. When he offered his regular prayers, the socialists never stopped him although the practice of religious rites wasn’t allowed. The other socialists were confused more than ever. The Maulana tried to convince them that there was no other organized system to run a government but Islamic. They asked the Maulana if he knew any place in the world where Islamic system was quite functional with great success. Maulana Sindhi was speechless and failed to answer their queries about Islamic system and Islamic laws. They said this system was a theory and just confined within a book.

According to some sources (including Dr Israr Ahmad) he returned to India as a socialist. The Deobandies today, declare socialism as “kufr”.

Abdul-Gaffar Khan while addressing the students of Darul-Uloom, during his visit to India in 1969, said:-

“I have had a relation with Darul-Uloom since the time the Shaikh-ul-Hind Maulana Mahmood Hasan was alive. Sitting here we used to make plans for the independence movement as to how we might drive away the English from this country and how we could make India free from the yoke of slavery of the English. This institution has made great efforts for the freedom of this country”.

When the Al Saud dynasty was destroying the famous shrines of companions of Prophet Muhammad (PBUH), Deoband scholars were against it. People like Maulana Muhammad Ali Jauhar and other scholars launched a campaign against it. But today Deoband scholars are die-hard fans of the extremist Saudian dynasty and are willing to protect their interests.