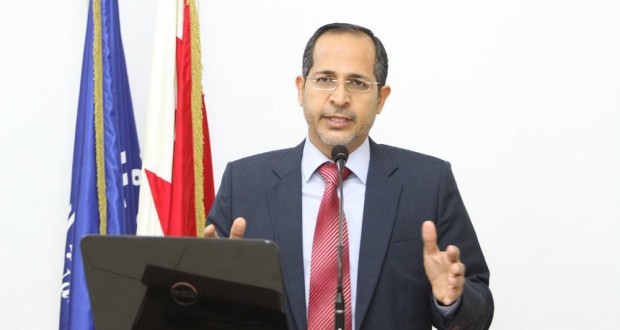 After claiming that Bahrain has achieved “meaningful progress,” the United States decided to lift the holds on security assistance to Bahrain’s military forces. Since this decision took place, the government summoned and then arrested Majeed Milad, the former chairman of the municipal council of the capital city of Manama as well as a board member of al-Wefaq, the main opposition party. The government also twice summoned Khalil Almarzooq, the former first deputy speaker of the parliament and another senior member of al-Wefaq, and he could be arrested at any time.

The US lifting of the holds on security assistance took place when Bahrain has increasingly attracted international criticism for major human rights violations: the deterioration of prisoners’ treatment in the central jail of Jaw, the widespread revoking of citizenship of dissidents, the prohibition of protests, and an unprecedented increase in discrimination against Shia. This deterioration came afterBahrain participated in regional escalations such as joining the coalition against ISIS and the military operations in Yemen.

Bahrain has acted with impunity in its rejecting of all calls for dialogue and reform. For instance, the official Bahraini delegation at the UN Human Rights Council rejected calls for dialogue, declaring them an interference in a “purely national matter.” The Bahrain government responded to the US delegation by calling on them to fight against hate crimes based on race, religion and belief, to respect minority rights, and to prioritize the  protection and promotion of human rights in the United States. Although this response might sound odd coming from a traditional and dependent US allay, it wasn’t totally unexpected. During the past four years, the U.S. has tolerated a long string of erratic behavior from the Bahraini regime, such as the expulsion of a top US diplomat, Tom Malinowski, and the refusal of King Hamad to accept President Obama’s invitation to Camp David (he opted to go to a horse race in the UK instead).

In 2011, President Obama, Hillary Clinton, and Robert Gates addressed the lack of reform in Bahrain. Now, less senior officials are addressing only some high-profile cases that the media chooses to focus on. From 2011 until today, the U.S. administration has avoided mentioning kleptocracy and nepotism as the root causes of the ongoing unrest.

The U.S. administration’s role in Bahrain is not consistent with its policies of promoting democracy and human rights, in part because the U.S. is constrained by its military relationships (Bahrain hosts the US Fifth Fleet). Currently, the Bahraini regime has the worst record of any major non-NATO US ally when it comes to democracy and freedom, according to the Index of Democracy, the World Press Freedom Index, and Freedom House reports on freedom in the world, on the press, and on the Net. Despite this appalling record, Bahrain is still one of the most solvable conflicts in the missy Middle East. But Washington hasn’t exhausted its opportunities to improve policy toward Bahrain.

First of all, the US would benefit from greater stability in Bahrain if it were achieved through equal economic political opportunities for all Bahrainis. For this to happen, however, Bahrain must be on the agenda of any discussion between Washington and its partners, including the Gulf Cooperation Council and the European Union, to coordinate policies to isolate the hardliners in Bahrain and empower the moderates.

Instead of having a consistent policy, the Obama administration is sending conflicting signals to the Bahraini government. On one hand, Bloomberg revealed in a recent report that “U.S. Secretary of State John Kerry promised the foreign minister of Bahrain that the U.S. would work to lift its four-year ban on delivering weapons to the Gulf kingdom.” On the other hand, the U.S.mission in Geneva delivered a statement during the 29th Session of the UN Human Rights Council raising concerns about “the charges against opposition groups and leaders, including al-Wefaq Secretary General Ali Salman.” Such a statement was consistent with the State Department’s criticism of Bahrain’s human rights record.

Salman was sentenced to four years in prison for criticizing the Bahraini regime. Unlike the group of UN independent experts who are part of the Special Procedures of the Human Rights Council, the U.S. administration avoided calling for Salman’s release. In other words, Washington is refusing to use whatever leverage it has with the Bahraini government to push for the democracy and respect for human rights that would make the country ultimately more stable and law-abiding.