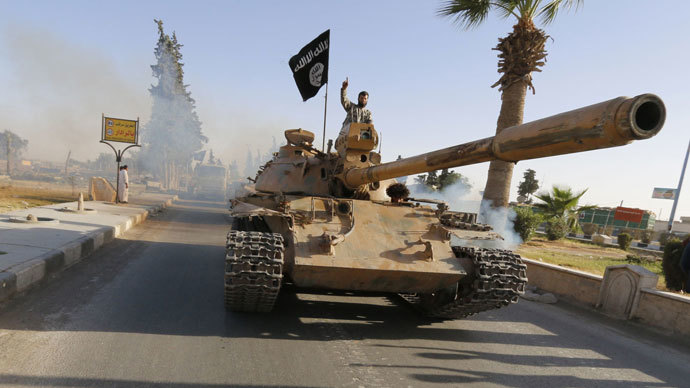 Muslims are caught in the eye of a ferocious storm as Islamic State’s legions spread fear across three continents. But anger has been misplaced as the real face of terror lies not with Islam but hidden in Saudi Arabia, where Wahhabism reigns all powerful.

If the world ever needed a reminder that terror truly stands as an enemy of civilization and of all people – beyond class, faiths, ethnicity and political affiliation – the triple attacks this week by extremists in Lyon (France), Sousse (Tunisia) and Kuwait should stand as testimony to the evil that has besieged us all.

Western politicians will likely exploit France’s attack to push forth their own security agenda, calling on the Western world to fear and abhor Muslims as they themselves plot to encroach further on civil liberties and trample over human rights. However, many will fail to recognize where the true monster really lies.

To reduce the world’s terror crisis to Islam on account of a few twisted and psychotic individuals, who have decided to brand themselves Muslims, is as ridiculous as blaming the Bible or the whole of Christianity on the abuses of the Spanish Inquisition. There are over one billion Muslims in the world, of which less than half a percent have pledged themselves to the black flag of Islamic State (IS, formerly ISIS/ISIL). Branding 23 percent of the world’s population as religious criminals is a rationale of discrimination and prejudice that terror ideologues have used to build their army – exclusion is an epidemic which has cost the world too much blood already for it to be allowed to perpetuate.

Historically, men have long abused the name of God and religion to serve their own selfish goals, claiming holiness as a shield against criticism while perverting the Holy Scriptures to brainwash communities into absolute submission. Where religion offers freedom, bigotry has only ever enslaved and abused.

Islam, like Judaism and Christianity before it, carries a message of peace and compassion. How people choose to interpret it takes nothing away from its message; if anything it says more about our ability, or rather inability as a people to respect the sanctity of faith.

If religions are a reflection of the divine, our practice of it has proven to be inherently flawed, which has led to fanatics using God to breed dogmatism.

This terror we have labeled as Islamic radicalism could not be further remote from Islam. Everything IS and its infernal sisters perpetrate, from the promises of bloody retributions to its militants’ heinous crimes against humanity, are an abomination and a negation of Islam’s tenets.
As hatred and fear are fast replacing reason and logic, it is time we all learn of the roots and driving forces behind this monstrosity – Wahhabism. If indeed our goal is to eradicate terror, we might want to start where it is bred, instead of appointing blame where it is not warranted.

This Islam the world has come to loathe is in fact a perversion, which was born in the desert of Nejd in Saudi Arabia back in the 18th century. This ideology Muslims and non-Muslims alike have to come to fear and despise is but an engineered religious deviance rooted in hatred.

Wahhabism is merely the misguided expression of one man’s political ambition – Mohammed Abdel-Wahhab, a bigot who was recruited by the British Empire to erode the fabric of Islam and crack the armor of the then-Ottoman Empire by breeding sectarianism and dissent. It is Abdel-Wahhab’s alliance to the House of Saud that ultimately unleashed this now seemingly unstoppable evil we know today under the tag of Islamic radicalism.

Although exact numbers are not known, it is thought that Saudi Arabia has spent over $100 billion on exporting fanatical Wahhabism to various, much poorer Muslim nations worldwide over the past three decades, notwithstanding its efforts in the West.

Islamic State’s obscene savagery epitomizes the violence inherent and central to Wahhabism and Salafism, its other radical branch. Let us all remember how eagerly the kingdom carries out death sentences by beheading or stoning and how generously its officials hand out lashings and other barbaric corporal punishments to its citizens before theorizing on the source of Islamic State’s murderous streak.

IS is simply a studious disciple of Wahhabism. It learned its craft and its hate within its schools; it was force-fed its poison by a clergy which idolizes death and torture in the name of a misplaced and misguided understanding of what constitutes the holy. Ascetic, reactionary, murderous and cruel, Wahhabism is a terror that needs to be named before it can be defeated.
More than any other people and religious community, Muslims have suffered as a consequence of the pain and suffering IS has inflicted. Naturally, they do not recognize this evil as having anything to do with their faith. And yet, Muslims continue to be blamed for the misery these Wahhabi legions wreak on the world.

Would it not be better to admit that Wahhabism is not of Islam and thus free over a billion people from carrying such a collective burden of guilt?

Ultimately, however drastic our security measures or violent our military interventions will be against radicals, it will all come to naught if we continue to allow Wahhabis to spew their poison through religious patronage?

Terror will only end with the death of its ideology.