Whether it is Ale Natiq or Hamza Baloch (the apologists of Ilmana Fasih Deobandi, the abuser of Imam Ali and Hazrat Fatima), their goal is the same, to please the Commercial Liberal Mafiosos. Nothing gives these apologists of Takfiri Deobandi hatemongers more pleasure than to distract LUBP bloggers and abuse other independent Shia and Sunni activists. So every new pawn that has to enter the mainstream media must pay his dues, i.e., abuse LUBP bloggers.

It is not unlike entering the Ummyad Court.

The people Ale is trying to please include the likes of Tarek Fatah aka Takfiri Tarek who even apostatised Hazrat Abu Talib; the father of Imam Ali.

The post where he removed condemning Ilama Fasih’s abuse of Imam Ali (as) mother, was most definitely the result of pressure from someone line Beena Sarwar or Tarek Fatah.

This is the price other talented bloggers like Ali Arqam paid and this is exactly what Ale Natiq is doing.

Unfortunately for the wannabe activists, LUBP thrives on volunteer work and cannot cater to the whims and demands of celebrity and careerist activists more interested in promoting their names – even at the cost of their stated principles.

On more than one occasion, I have done my best to make amends with Ale. Even as Ale’s friends like Hamza Baloch, Ali Arqam aka Anwar Durrani etc were engaging in abuse, slander and outright fabrication against us, LUBP’s contributors were going the extra mile to placate Ale’s ego. Meanwhile, Ale made more than one blunder as he was caught red handed with his role in making a fake blog to gain sympathy and distort our protest.

On the one hand Ale is playing the victim by pretending to be stoic and patient while at the same abusing us and retweeting those twitter accounts that are sharing the personal details of LUBP’s former associates and relatives. In his delusional diatribe against LUBP, Ale Natiq aka Ali Mashhadi is now literally finding common grounds with Malik Ishaq facilitators like Tahir Ashrafi.

We all know that ultimately, Ale Natiq backtracked on his own status against Ilmama Fasih. So please spare us the holier than thou lectures and stop distorting the criticism against Ilmana. 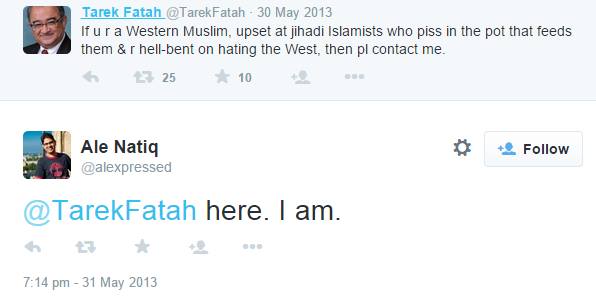 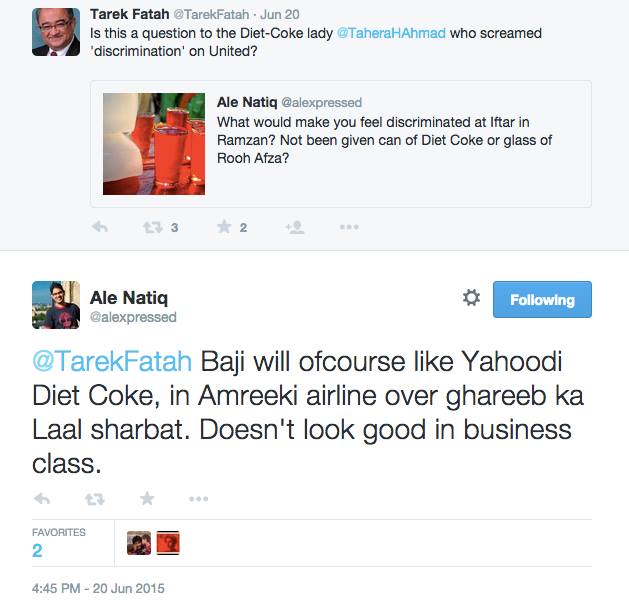 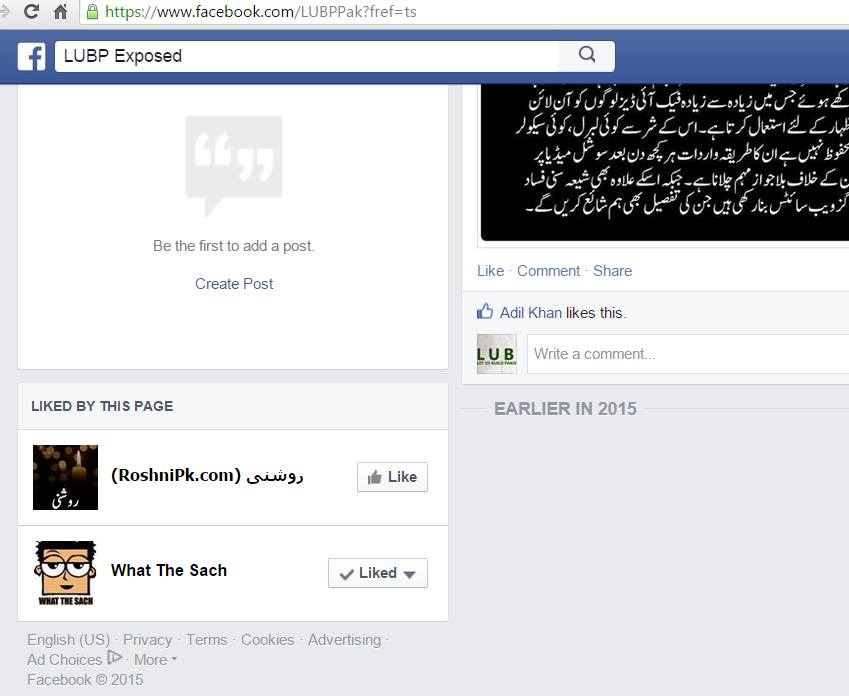 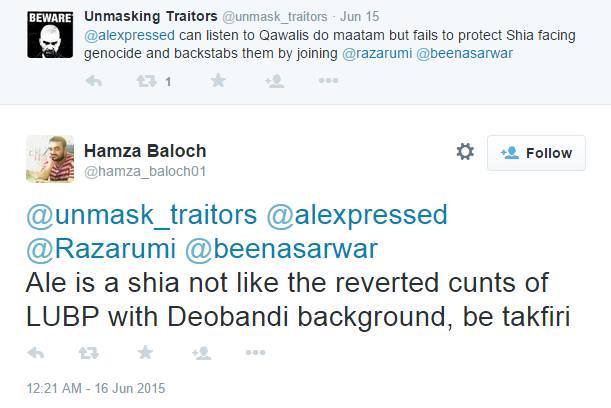 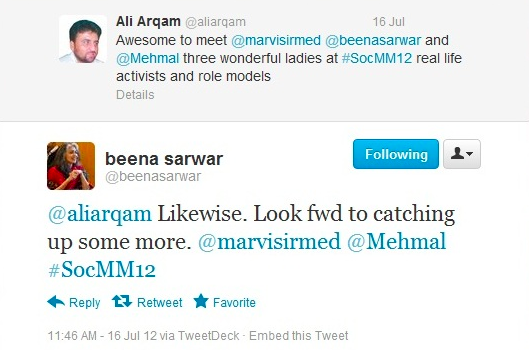 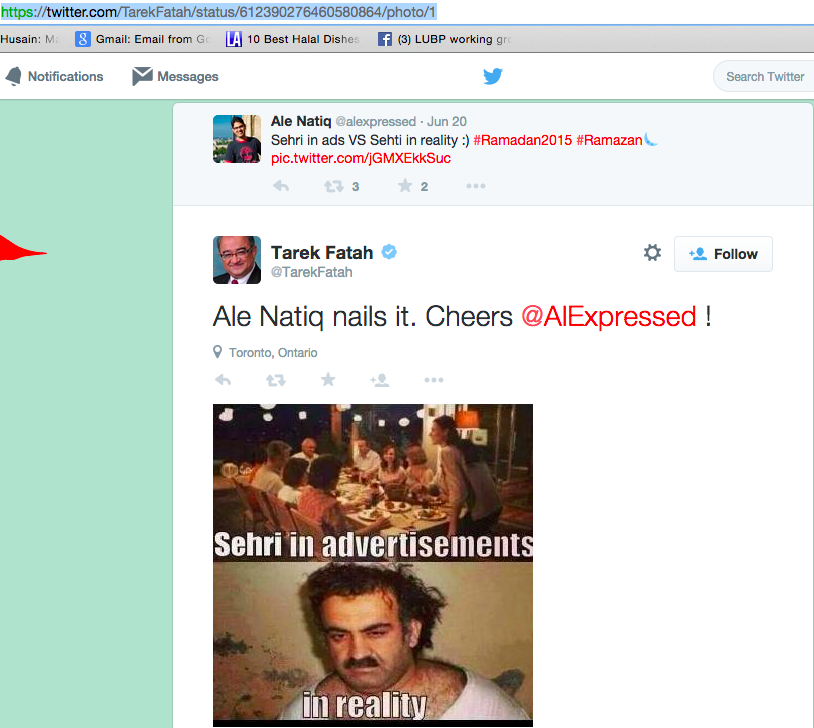 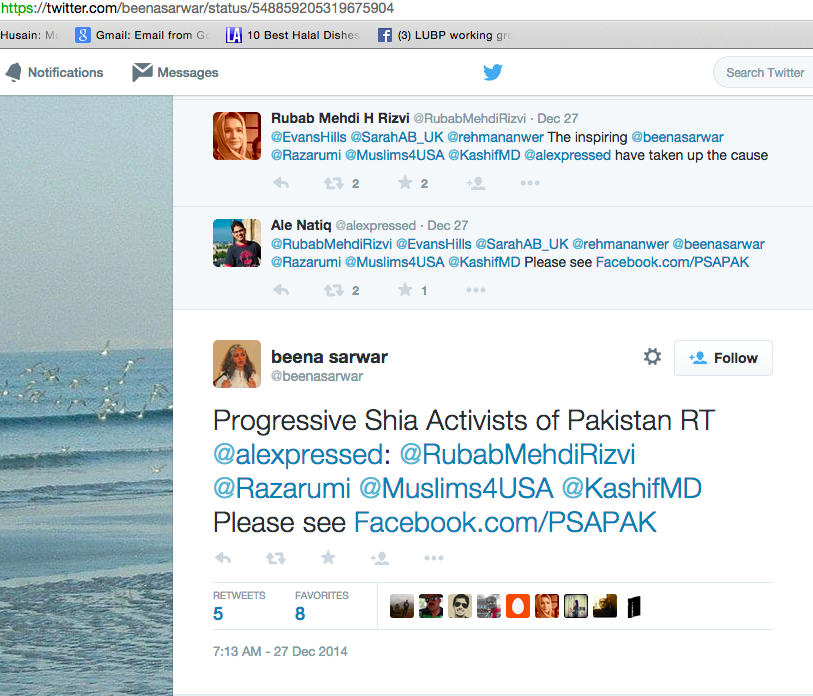 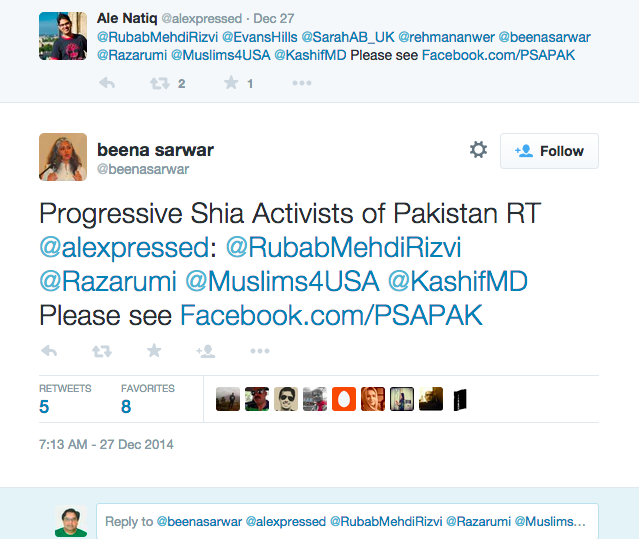 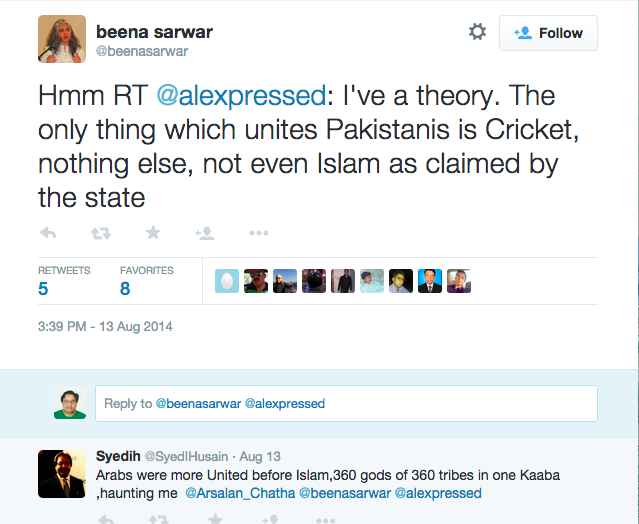 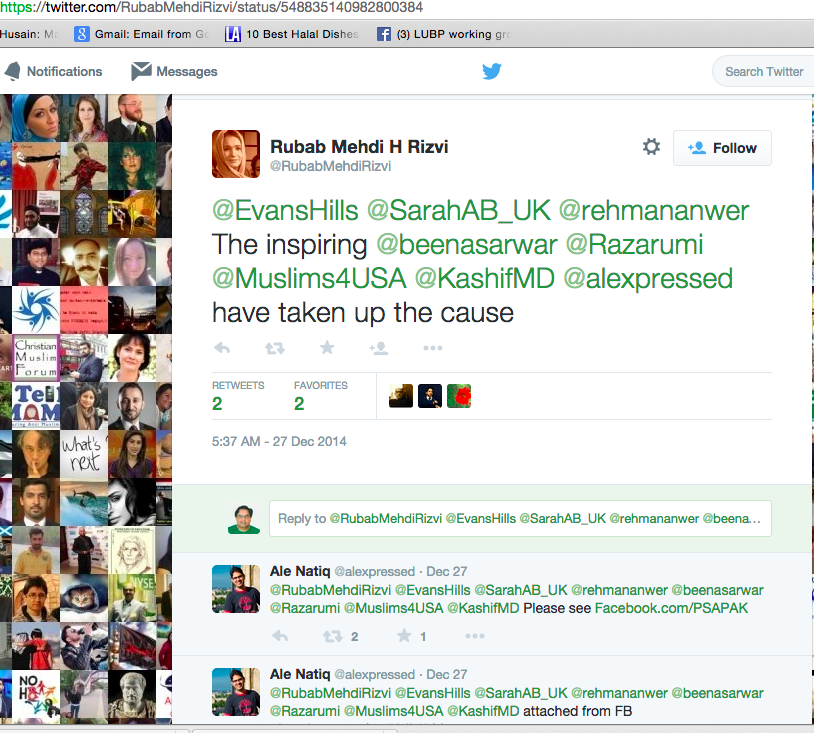