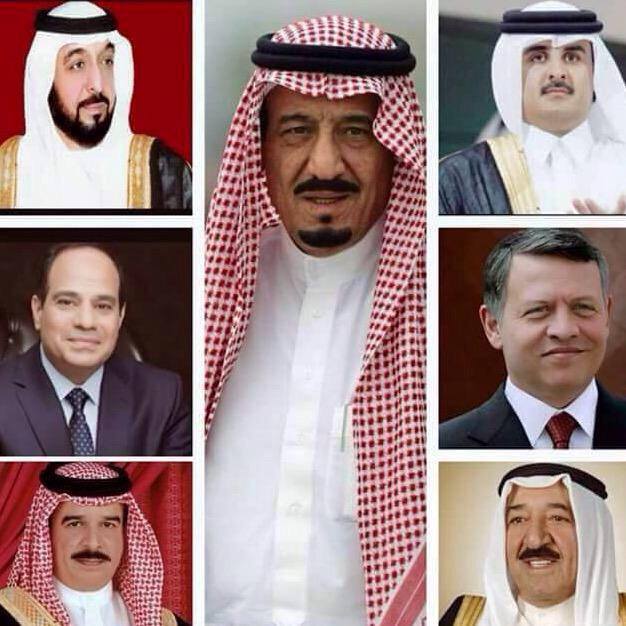 It is quite difficult to comprehend the duplicitous execution of U.S. foreign policy. The Secretary of state John Kerry, who at the behest of major world powers, is masterfully navigating himself on crutches towards the finish line that pertains to the nuclear deal with the Islamic Republic of Iran, as the supposed deadline of June 30, 2015 looms. However, the enclosed news item from the State department mocks the sanctity of any such negotiation, much less the tryst that the two parties are involved in at the present time. This deleterious document issued by the U.S. department of State is not only ill timed, but also is most venomous and vociferous in terms of diplomatic decency and International norms. Although laced with toxicity both in text and tone, the double standard applied in this instance and the message being conveyed to the peace loving populace of this universe is filled with flimsy facts and a senseless attempt to incite the hardliners in the Islamic Republic.

Now, it is critical that this record be set straight so as to clear the proverbial air. Just this past Sunday, The New York Times published a scathing account of the so-called checkbook diplomacy employed by Saudi Arabia and other notorious nations in perpetrating all sorts of bloodshed and destruction across the globe. Of course, the source of this information is the infamous WikiLeaks, a true nemesis of the establishment that wishes to destroy the elegant fabric of freedom and democracy from the confines of our civil societies. This establishment, be it the U.S congress, world class think tanks, or print and broadcast media, is in a market heavily infested with malice and mischief and ready to be prostituted for a price. Actors such as Saudi Arabia, Bahrain, Qatar and Turkey are willing to pay any price to peddle influence and provoke peril across the globe.

Saudi Arabia, after failing in its vindictive and vicious ventures in the Levant, is busy bombing the innocent and indigenous citizens of Yemen, maiming and massacring thousands. This act has earned the Kingdom a permanent disqualification from criticizing any other State that commits a similar crime anytime in the future. Saudis are actively financing Al-Qaida, Al-Nusra, Al-Shabaab, Boko Haram, ISIS and Taliban so as to inflict misery and death across many Muslim lands. It exports countless suicide bombers to Iraq, Nigeria, Somalia and Yemen. Yes indeed, the same Saudi Arabia whose 15 citizens were among the total of 19 hijackers that masterminded the September 11, 2001 and numerous other mayhem and genocides. Tragically, the State Department report ignores these facts, as well as the acts of suppression, discrimination, and wholesale imprisonment of the Shia Muslim majority perpetrated by the Emirates of Bahrain. Qatar and Turkey, two recent entrants to the cabal of salafis, escape the wrath of the State Department, despite their dangerous and despicable role that brought bloodshed and destruction in Syria, Iraq, Yemen and Egypt, as well as the death penalty for Mohammad Morsi, the former president of Egypt.

In the meantime, the poorly informed and gullible policy makers at the State Department continue to get hoodwinked and wrongfully influenced by the Saudi monarchs, who have been spending billions of dollars in currying favors from the Western powers so as to advance their agenda of hate and bigotry. These fat Arab cats, joined by Turkey with an Ottoman type DNA, are lusting to become regional powers, however the disastrous dynamics of the Middle East will never allow them to do so.The terms Sunni Saudi Arabia and Shia Iran are mere concoctions of the West and their intelligentsia, viewed in the Muslim world as nothing but an act of mischief devised to divide and colonize their lot. The U.S. or for that matter the western powers, by singling out Iran as the evil monger, are not winning any friends, nor are they influencing any people in that region. Henceforth, the sole strategy of these modern day world powers must be to recalibrate their moral compass and craft an evenhanded policy that compels both Saudi Arabia and the Islamic Republic of Iran to sit at one table and resolve their differences while the western powers work in unison as honest brokers. After all, the complex field of international relations is not a zero-sum game!

The assessment suggests that neither the election of President Hassan Rouhani nor the prospect of a nuclear accord with the United States and its negotiating partners has had a moderating effect on Iran’s foreign policy in the Middle East.

“In 2014, Iran continued to provide arms, financing, training and the facilitation of primarily Iraq Shia and Afghan fighters to support the Assad regime’s brutal crackdown,” the report said.

“Iran remained unwilling to bring to justice senior Al Qaeda members it continued to detain and refused to publicly identify those senior members in its custody,” it added.

The report does not contend that Iranian officials are conspiring to kill Americans. Nor does it accuse Iraqi militias backed by Iran of plotting to attack American advisers in Iraq. The report also does not provide specific figures on Iranian operations that might indicate whether they are increasing or decreasing.

But it paints a picture of an aggressive Iranian foreign policy that has often been contrary to the interests of the United States. Even when the United States and Iran have a common foe, as they do in the Islamic State, the Iranian role in Iraq risks inflaming sectarian tensions. Some of the Shiite militias Iran has backed in Iraq, including Kataib Hezbollah, have committed human rights abuses against Sunni civilians, the report said.

Although the report covers 2014, American officials said the Iranian policies described in it had continued this year.

“We continue to be very, very concerned about I.R.G.C. activity as well as proxies that act on behalf of Iran,” said Tina S. Kaidanow, the State Department’s senior counterterrorism official, referring to Iran’s Islamic Revolutionary Guards Corps. “We watch that extremely carefully.”

Iran’s supreme leader, Ayatollah Ali Khamenei, has suggested that Iran sees its regional and nuclear policies as proceeding on separate tracks, an approach that may be intended to placate hard-liners at home but may also reflect his foreign policy strategy.

The White House has held out hope that a deal to limit Iran’s nuclear program might be the first step toward an eventual easing of tensions and perhaps even cooperation on regional matters. But even if the two sides remain at odds over the Middle East, Obama administration officials insist a nuclear accord is worth pursuing in its own right. The report comes a week before Secretary of State John Kerry is expected to travel to Vienna to try to seal a nuclear accord.

In a broad survey of terrorist trends, including a country-by-country assessment, the report notes that the threat from Qaeda leaders who have sought sanctuary in Pakistan has diminished even as the group continues to be a source of inspiration for militants elsewhere. But the threat from the Islamic State, the militant group that has established what it calls a caliphate in much of Iraq and Syria, has grown.

The report said that as of December, the Islamic State, also known as ISIS or ISIL, could muster 20,000 to 31,500 fighters. The group derives most of its funding not from external donations, as Al Qaeda does, but from smuggling oil, kidnapping for ransom, robbing banks and selling stolen antiquities.

The pace at which foreign fighters have traveled to Syria — more than 16,000 as of late December and thousands more since — is greater than that at which foreign militants have gone to Afghanistan, Iraq, Yemen or Somalia at any point in the last 20 years, the report said.

“The ongoing civil war in Syria was a significant factor in driving worldwide terrorism events in 2014,” it stated.

The report also noted that the Islamic State had deftly used the news media and social media to influence a wide spectrum of potential audiences: local Sunni Arab populations, potential recruits, and governments of coalition members and other populations around the world, including English-speaking audiences.

American counterterrorism officials have voiced increasing concern that the Islamic State, as well as Al Qaeda and its affiliates, is inspiring, but not necessarily directing, a greater number of so-called lone-wolf attacks — like the terrorist attacks last year in Ottawa and Sydney, Australia.

“These attacks may presage a new era in which centralized leadership of a terrorist organization matters less, group identity is more fluid, and violent extremist narratives focus on a wider range of alleged grievances and enemies,” Ms. Kaidanow said.

An annex to the report indicates that the problem of terrorism has grown, though many of the figures reflect militant attacks in the wars in Iraq, Syria and Afghanistan. The number of terrorist attacks in 2014 was up 35 percent from 2013, while the number of fatalities from those assaults increased 81 percent.

The number of exceptionally lethal attacks has also grown. In 2014, there were 20 attacks that killed over 100 people. In 2013, there were only two such attacks.

The statistics, appended to the State Department report, were prepared by the National Consortium for the Study of Terrorism and Responses to Terrorism, at the University of Maryland.

Despite the increasing attacks, State Department officials said the United States was making headway in the struggle against terrorism, including by working with partners in the region. John Kirby, a State Department spokesman, said defeating the Islamic State would take time.

“It’s going to take about three to five years,” he said.