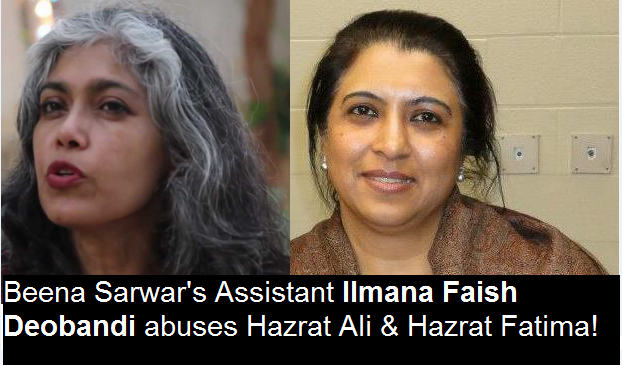 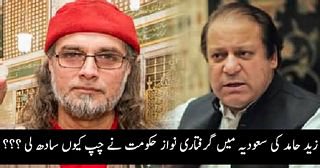 A few days ago, Aman Ki Asha’s Beena Sarwar’s assistant Ilmana Fasih abused Hazrat Ali and Hazrat Fatima in a facebook conversation. A few Shia and Sunni Muslim peacefully protested on social media against this abuse. However, Beena Sarwar and some of her proxies condemned the protesters, asking them to respect Ilmana’s right of freedom of speech and also alleged that the peaceful protesters were a murderous lynch mob operating a blsphemy campaign against Ilmana Fasih Deobandi.

Ironically, almost at the same time, Pakistani political analyst Zaid Hamid was arrested in Saudi Arabia on the charge of spreading false beliefs (Sunni Sufism) and blasphemy. Barring a few voices on Twitter including those of Khurram Zaki, LUBP Archives etc, not a single known or elitist liberal spoke against his illegal and unjustified detention.

In this backdrop, here is a brief comment by Pejamistri.

This is indeed very interesting that there is no voice for Zaid Hamid. I have thought a lot about this behaviour of ‘liberals’. I personally don’t consider this behaviour consequence of ‘commercial liberalism’. This IMHO is consequence of what I call Deobandi secularism. Those secular who have grown up in a Deobandi/Wahhabi environment can never wipe their slate clean. Their secularism/atheism is very different from actual atheism. Sometime back I wrote a detailed article in it. These Deobandi secular/atheist condemn firqa bandi/sectarianism but fact of the matter is that these people are sectarian at the core of their heart.

These people are much more prone to acute lack of sense of proportion syndrome. The only reason they won’t condemn denial of right of free speech to people like Zaid Hamid, Tahirul Qadri, Mirza Mansoor and Irfan Haider Abdi and will always stand up for the people like Javed Ghamdi, Tahir Ashrafi, Moodoodi is because of sectarianism.