Home  »  Original Articles   »   Why is PML-N trying to save Malik Mumtaz, the killer of Salmaan Taseer? – Riaz Al-Malik Hajjaji 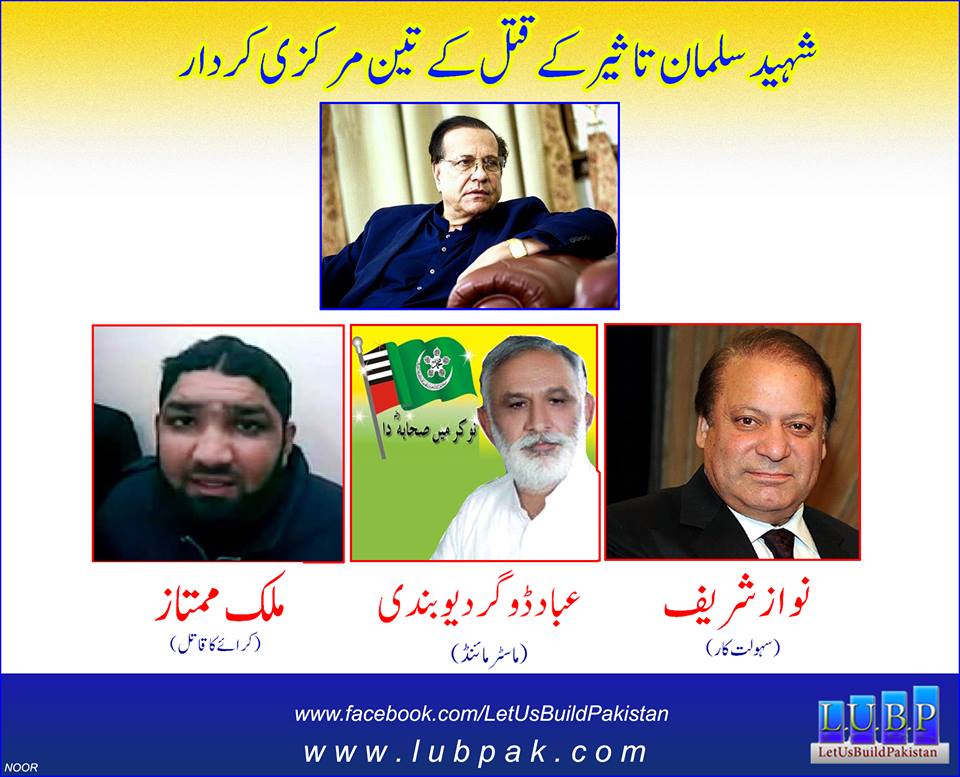 This is the same country most of whose “liberals” are still mute about the public support extended by the Supreme Court to convicted Deobandi terrorists like Malik Ishaq – why would the same “liberals” talk against their PML N sponsors.

However the “anti-establishment” “liberals” of Pakistan are mostly quite mute about General Kiyani during his 7 year reign of unprecedented support to Deobandi-Salafi terror organisations like ASWJ-LeJ/Taliban/Jundullah etc.

As for PPP, they are now reduced to a D-Team of the PML N-ASWJ alliance and expecting them to call out PML N/Nawaz Sharif/Shabhaz Sharif’s central role in the murder of Salman Taseer is expecting too much from the current leadership of the PPP.