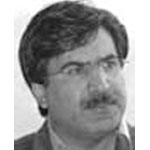 The past is another country, and 1906 is located at a distance of more than a century. In that eventful year, the imam of the small Ismaili Muslim community led the process of forming a political platform for South Asian Muslims at a meeting of the All-India Muhammadan Educational Conference in Dhaka. Sir Sultan Muhammed Shah Aga Khan III suggested the name of the party – All India Muslim League – and was elected its first president.

Seven years later, a young Mumbai based lawyer, also belonging to the Ismaili community, left the Indian National Congress and joined the party founded by his spiritual leader. We know how this charismatic lawyer turned the party into the voice of Indian Muslims and changed the course of history by founding a new state 34 years later when he was a terminally ill old man.

Sometime before Jinnah returned triumphantly to the city of his birth as the father of the new nation, some Hindu families in my village in District Muzaffargarh were facing a dilemma. Like hundreds, perhaps thousands of Hindu families in India, they had revered Ismaili imams as their spiritual mentors. Keeping with the tradition of mysticism in India, Aga Khan had never asked them to convert. But these were different times, and Aga Khan had finally ordered them to convert to Islam if they wanted to keep the connection. They found it easier to leave their religion than disobey their spiritual mentor. With the help of local Muslims, they converted to Islam in a simple ceremony held at a Sunni mosque, though they chose to embrace the Ismaili denomination.

As a schoolgoing boy, I would meet some men from these families at the Deobandi Jamia mosque where they used to pray every Friday with other Muslims. Everyone knew that Ismails were required to say their prayers at the largest Muslim mosque in the area if a mosque of their own denomination was not available. These Ismaili families later shifted to Multan where they became part of the thriving Ismaili business community.

Multan, the historic city they shifted to, was itself once a centre of Ismaili dawat (preaching). In fact, Ismailis had set up a Muslim state in the area more than a thousand years ago that was terminated violently in 1010 AD by Mahmud Ghaznavi, revered in our textbooks for desecrating a Hindu temple. One of the major shrines in Multan also belongs to a 13th century Ismaili saint, Pir Shams Sabzwari, visited by Muslims of all denominations.

Going back to my own Deobandi mosque, I saw Ismailis praying there till the 1980s, the decade when the Middle East, with its heavy baggage of violent sectarian history, arrived in this part of South Asia. In 1990, a 14-year-old boy killed a crippled Shia worshipper at a Sunni mosque in Muzaffargarh considering his regular presence an abomination for the sacred place. Incidentally, the mosque was built by the Shia owners of a nearby factory.

I went to interview the boy at the district prison. He appeared unrepentant and told me that he was inspired by speeches of a sectarian religious leader based in Jhang. A local lawyer explained to me how leaders of the sectarian organisation patronising the boy had easy access to the district administration and received half a dozen arms licences every day.

Starting its journey as an Islamic state, Pakistan by now had become a sectarian state where Ismailis, along with Shias and non-Muslim minorities, were misfits. Takfiri fatwas, that declare individuals and rival sects to be infidels, are a very old hobby of our religious entities. Some clerics used to call Jinnah Kafir-e-Azam – the Great Infidel – as a retort to his popular title. In the case of Iqbal, clerics had gone much further with Maulvi Abu Muhammad Didar Ali, khateeb of the Wazir Khan mosque in Lahore, issuing a proper fatwa declaring Iqbal an infidel. Interestingly, in the case of His Highness Aga Khan, it was Pandit Jawaharlal Nehru who raised the question of him not being a perfect Muslim while Iqbal defended his teachings through an article.

For South Asian Muslims, such confrontations were more of an amusing sideshow, not something that affected their day to day lives. Unlike the Middle East where empires with rival sectarian allegiances had created much bad blood, in South Asia there was enough space for Lal Shahbaz Qalandar to turn himself into an eagle and fly unhindered and for Shah Waliullah to carry out his scholarly work.

What changed things in Pakistan for Ismailis – and for everyone else – was the attitude of the state. Over time, the Pakistani state has assumed a sectarian character and its religious institutions have become blatantly sectarian. Take the example of the so-called International Islamic University in Islamabad. How this university employs followers of one sect and promotes teachings of that specific sect to its students has never been a secret. A recent report of an intelligence agency leaked to the media points out that the university “intentionally promotes sectarian doctrine at its campus”. And we are talking of a state-owned and run ‘premier centre of Islamic learning’ with the president of Pakistan as its chancellor.

On the more practical side, the state has patronised militant jihadi organisations belonging to a small number of sects. Thanks to these organisations, some of whom have fallen from grace while others remain precious assets, the takfiri fatwas are no longer empty edicts; they are backed by the firepower of extremist organisations that can easily cow down state institutions and functionaries. No wonder the attack on Ismailis in Karachi was preceded by a fatwa against the whole denomination from one of the country’s largest and most influential madressahs. The head of the same madressah has also issued a fatwa against a federal minister who has been forced to explain his position like a chastised schoolboy.

Violent extremism is only a fruit of the tree the state itself had planted. Perhaps the biggest challenge of our times is to de-sectarianise the Pakistani state and return it to the joint ownership of all Muslims denominations and followers of other faiths. The way Ismailis have maintained stoic silence over the brutality wreaked on the community says a lot about the environment of fear that surrounds them.

Once upon a time, His Highness Aga Khan and Quaid-e-Azam Muhammad Ali Jinnah gave voice to the aspirations of all Muslims of South Asia. It is now our turn to speak on behalf of our Ismaili brothers and sisters.