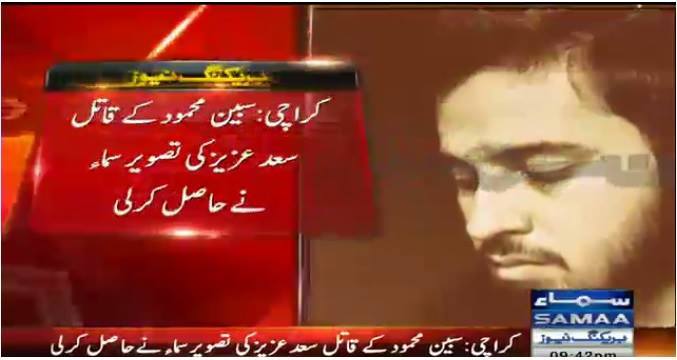 To many, Tahir, Saad, Azfar and Nasir may appear new militant characters. But, profiles and ambitions of similar characters have been highlighted many times in the recent past.

The confessions made by these detainees shocked many, particularly those who believed that terrorists exist only in the lower classes and in unusual circumstances.

Educated and well-off, as their profiles suggest, these terrorists were reportedly involved in the recent wave of attacks in Karachi, including the massacre of members of the Ismaili community and the killing of rights activist, Sabeen Mahmud.

Shocking as this is, it is not a new phenomenon.

There is a long list of high profile terrorists hailing from educated middle-classes in Pakistan.

While the presence of extremist tendencies in upper middle- and elite-classes is not new, in recent years however, the number of militants hailing from these classes has grown.

The Muslim Diaspora communities in the West are quite familiar with this phenomenon of emerging extremist tendencies. In Pakistan, a segment of the militants hailing from educated middle-classes represents a new stream.

This stream, as a whole, not only contributes to other militant streams, but the militants within it also try to distinguish themselves from other groups. These include multiple types of the groups, including breakaway factions of conventional militant organisations and emerging groups. The Punjabi Taliban and Jundullah are its prominent examples, which represent two major shades of the stream.

Militants in the making are a dangerous phenomenon of this stream.

Self-radicalised individuals who are influenced by terrorist ideologies fall in this category. Though, not formally affiliated with any local or international terrorist organisation, they are in search of causes that resonate with their radicalised worldview.

The numbers of potential militants in this category could be large. A failure to find and join a ‘proper’ terrorist group can encourage them to plan and launch terrorist attacks by defining the targets themselves.

The phenomenon of Jundullah is important in the perspective of urban militancy and understanding this new stream of militancy.

In the same manner as there are many Punjabi Taliban groups, many groups are also operating under the Jundullah nomenclature in Pakistan.

While the Punjabi Taliban emerged from Deobandi and Salafi militant groups, the Jundullah groups are breakaway factions of the Jamaat-e-Islami (JI) and its student and militant wings.

With the exception of Jundullah in the Iranian Balochistan region, the remaining entities under this label, active in Karachi and the Peshawar valley, are of a similar disposition. With their Islamist background, they are naturally inclined towards the Islamic State (IS) militant group and like a few commanders of the Hizb-e-Islami — a JI-affiliate in Afghanistan — apparently intend to announce their allegiance to the IS.

A lack of organisational structure makes organisations in the emerging militant stream operationally dangerous; these also provide human resources to major groups for their terrorist plans.

Their fluidity makes them a big challenge for law enforcement agencies. These groups can generate funds through criminal activity and because of their small size, they can sustain their activities on minimal resources.

The loose organisational structure provides these groups more freedom to evolve the operational strategies by themselves, and this advantage makes them capable to come up with new patterns of terrorist attacks.

The arrested culprits of the Safoora Goth massacre were found involved in multiple types of attacks ranging from targeted killing and sabotage acts to managing big attacks, which shows their operational diversity.

It is likely that they chose different names for their group in different attacks to deceive law enforcement agencies. The attacks they confessed to have carried out also include attacks which once a little-known group of Karachi, the Tehrik-e-Khilfat, had claimed the responsibility for. This is the same group which had taken the lead in announcing its allegiance to the IS leader Abu Bakr al-Baghdadi in Pakistan. Yet, it remains to be seen if this is the same terrorist group.

Though, the initial lead suggests that these terrorists had links with Al Qaeda in the Indian Subcontinent, which has an extensive network in Karachi, their targets and operational style suggests that the Islamic State had inspired them.

It is also important to understand that such groups remain in search of better connectivity with regional and international terrorist organisations. The possibility of their linkages with Al Qaeda cannot be ruled out as both were operating in the same territory.

Breaking this terrorist cell is certainly a big achievement of the Sindh police, which has also given them plenty of experience dealing with the militants of the new stream.

At the same time, they have hopefully realised that this would not be the only fluid group operating in the city.