Home  »  Newspaper Articles   »   Obfuscating reality: ‘They were killed for being Pakistanis, not minorities’ – Hafsa Khawaja 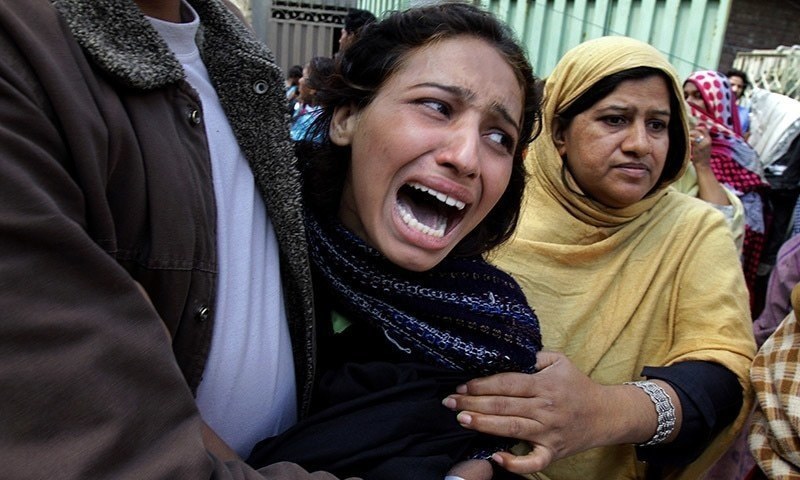 This is an attack on Pakistan

They were killed for being Pakistanis, not Ismailis

This line of response to atrocities within Pakistan is not new, but has become rather common, as was seen after the horrific recent assault on the Ismaili community in Karachi.

However, there is a problem with this.

As mentioned before, attacks on religious minorities in Pakistan are often deemed a continuation of the plague of terrorism in the country; violence that is raging yet indiscriminate, targeting and affecting all Pakistanis.

However, the danger of this narrative is that it blurs a gory reality; that religious minorities face fatal focus from terrorists and extremists; especially targeted and massacred.

From the Shia Hazaras in Quetta to Shikarpur, from Kot Radha Kishan to Youhanabad, and now Safoora Chowrangi, there is a cold-blooded calculation behind this blood-letting, and these are truly besieged communities.

Violence against religious minorities and minority sects is a distinct, targeted violence aimed at their complete extermination from Pakistan. These are not sporadic bouts of savagery but a carefully planned carnage aimed at ‘cleansing’ the land of pure.

There is a special distinction motivating these slaughters, that of religious identity; and this distinction cannot be brushed under the blanket of national identity without appearing as a travesty of truth.

Anti-Shia violence precedes the war on terror. Those who have lived through the ’80s and ’90s would bear witness to this.

In his piece for Al-Jazeera, Murtaza Hussain mentions:

It is believed that since the early 1990s, nearly 4,000 Pakistani Shias have been murdered in sectarian attacks, and at a pace which has rapidly accelerated in recent years.

Minority sects, especially the Shia, are labelled kafir to kill. They are singled out for being Shia and Shia alone.

Any attempt to sketch attacks against them as any other reality is akin to the attempts made in the US to paint the Chapel Hill shooting of three Muslim students as a “parking dispute”, anything other than Islamophobia – which clearly outraged many Pakistanis.

The obfuscation of narrative therefore blurs reality and blinds people to the prevalence and nature of injustice.Therefore, to say that the recent massacre is an attack on Pakistan is to obfuscate the narrative.

It is an obfuscation that serves nothing but to perpetuate these atrocities and normalise their occurrence as part of the routine of violence.

This long-existing violence has only been emboldened by the prevalence and pervasiveness of state failure and complicity in overseeing the reign of terrorism in Pakistan.

There is also a rush and tendency in Pakistan to make the perpetrators of these brutalities as monsters, that people from among us can never do such a thing. Yet, their ideas are not new.

They are the same ideas that thrive among many segments of the Pakistani culture and society; ideas that run along, Shias should not be killed but they…”

Ideas that see the Shia as deviant Muslims distorting Islam, as religious “others”, which extremists and terrorists derive strength from, subsequently taking them a bloody stretch further by deeming them kafir and wajib-ul-qatal.

However, as unaccepting of internal rot as many are, naturally little time is spent to link all inconceivable acts of such cruelty to foreign forces.

It is important to quote former Pakistan Director of the Human Rights Watch and human rights campaigner Ali Dayan Hasan, who took to Twitter after news of the attack:

Increasingly, formulaic condemnations and condolences by state institutions in the face of carnage just add insult to injury. Blaming India & others for atrocities against minorities does not absolve the state of failing in responsibility to protect.

As religious minorities remain besieged by persecution, fear and discrimination in Pakistan, let us not lose sight of the fact that the state, with its spinelessness, indifference and links of patronage with these groups, remains complicit in letting militant outfits run amok with their hate and lust for blood.

And as a society, perhaps if we cannot stop this butchery, we can at least try not to silence the screaming plight of these communities who are only guilty of being religious minorities in Pakistan today.