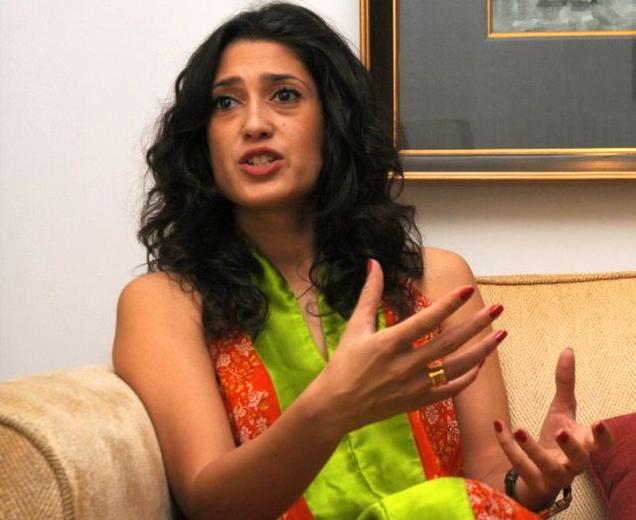 Pakistan is a country of ghosts. They are everywhere, the victims and the perpetrators both. On Wednesday morning, six gunmen wearing police uniforms stopped an Al Azhar Garden bus carrying 60 Ismaili Muslims in Karachi. The bus picked up Ismailies from the housing society dedicated to their community on the outskirts of the city and drove them to work. It was a journey the passengers made every day.

The gunmen boarded the bus. Sub ko mar dalo, one of them is reported to have said. Kill them all. By the time the gunmen got back on their motorcycles and fled, they had murdered 43 people.

Who were the dead?

Ismailis, a peaceful community of Muslims, share a closeness with the country’s Shia minority and are thus victimised. Seventy per cent of Pakistan’s Muslims are Sunni. And in this predominantly Muslim country, it is no longer Hindus or Christians who face the largest threat of violence from orthodox and radicalised groups but Shias.

They call it a Shia Genocide now; around 1,000 Shia citizens of Pakistan have been killed in the last two years, according to some estimates. (But to those who use the word ‘genocide’ comes the reply: but they kill Sunnis too. What about them? This is the answer to so many questions now. What about the others? So many groups are in danger now, it is impossible to count them all. Thousands of Sufi and Brelvi Sunnis has also been killed by Takfiri deobandi outfits in Pakistan along with hundereds of Christians , Ahmadis and Hindus. )

In January, a blast ripped through a Shia mosque in Shikarpur district of Sindh and killed 60 people. In February, a Shia mosque in Peshawar was attacked with grenades. Another 20 people were killed there. In the spring, there were target killings and assassinations — successful Shia professionals, doctors and religious leaders, activists, anyone, everyone. And now this.

A country of ghosts

We cannot look at the dead too long — only long enough to check that what ended their lives will not end our own. Fatal lists swing wildly from the specific to general. Are you Hazara? Are you Shia? Are you an Ahmedi? Any of the above will get you killed.

Are you a nationalist — a cloak provincialists wear — Sindhi or Baloch perhaps? Are you an apologist? For America? For our neighbours? For the War on Terror? Are you a non-Muslim (minus extra points if polytheist)?

But then there are the wild cards. Are you a schoolchild at an Army public school? Are you a poor man or woman — overheard saying something not quite right, something that maybe someone might consider blasphemous? Are you a woman who talks too much? Or an activist who is, well, active?

Anything is possible in Pakistan today. And those who are violent and powerful, we know from history, can hurt anyone.

Soon, are you a liberal? Supporters of Imran Khan’s Pakistan Tehrik-e-Insaaf party, young Pakistanis living inside and outside the country, already troll the Internet attacking anyone vaguely critical of their values. ‘Libido’ — they call liberals, like that’s a bad word. Every journalist that criticises their party is a ‘lifafa journo’, implying the only reason to raise a bad word against them would be money, rather than common sense.

Soon, like in Bangladesh, you will be asked: Are you a writer?

There is violence everywhere here — in threats and in action. Everywhere.

But who is to blame? Those are the other ghosts.

Every province that suffers horrendous attacks suffers amnesia too. Sindh’s phenomenally corrupt government mounted a defence against its sin of not protecting the 43 dead — terror happens all over the country, the Chief Minister said, it happens in Khyber Pukhtoon Khwa and Punjab too.

The media fought over who exactly was the worst, reducing politics to the level of maturity found in graffiti. “The PM craves for food while Karachi bleeds!” a TV channel tweeted, noting that Prime Minister Nawaz Sharif did not cut his day short to fly to Karachi and attended a lunch meeting instead. (The Chief of Army Staff, Raheel Sharif — literally everyone has pointed out — did cancel his plans and was in Karachi by evening.)

But the government — local and national — are never to blame, not really. The police are not to blame. The state is above fault. Of course, a commission will be called and an inquiry made. What more do you want?

Pakistan ended its moratorium on the death penalty in December. In the last six months, it has hanged over 100 people on death row. (Of the 8,000 prisoners on death row in Pakistan, more than 1,000 have exhausted all their appeals.) This was the response after the brutal Peshawar school attack: kill death row convicts and we will be safer. But since then, we have only had more blood.

Who is to blame? Terrorists and radical groups take credit and disappear.

And don’t discount foreign hands. They are everywhere. Every nefarious country on earth has their hands here, on Pakistan. On its people, on its soil.

But don’t say any of this, we are told. Don’t think of the ghosts, let them be.

Focus on the positives.