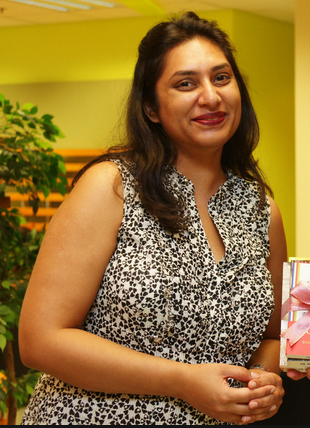 Bina Shah has published an article on the Al-Jazeera web site in which she has made unsubstantiated claims about Sufism and has advanced the Deobandi-Salafi Takfiri agenda for Pakistan. We can, for the moment, forget that the Al-Jazeera is owned by the royal family of Qatar which has been financing and promoting terrorism in many non-Salafi parts of Islam such as Libya and Syria. Before analyzing her obfuscation and denunciation of Sufism, we can view those remarks in her article which bespeak her hidden agenda.

1. Bina Shah claims: “Since 9/11, Pakistan has witnessed the weakening of state institutions”.
This is a great service to the Deobandi-Takfiri Zia ul Haq, his partisan generals, and the Kingdom of Saudi Arabia. It was the anti-Soviet collaboration of the Pakistan Army, presided over by Zia ul Haq, Saudi Arabia, and the United States which led to the weakening of state institutions of Pakistan. By putting the blame on 9/11, Bina Shah has tried to absolve the Pakistan Army, the Punjabi political mafia led by the Sharif Brothers (Nawaz Sharif was ruling Punjab when Zia was ruling Pakistan), and Saudi Arabia for Pakistan’s problems, and instead has blamed the United States exclusively for those problems.

2. She claims: “Many Pakistani liberals posit secularism as the solution.”
Where are those liberals? Pakistani liberals are largely supportive of the Taliban, Saudi Arabia, and the pro-Saudi Sharif Brothers. More significantly, thanks to the fanatical religious parties led by the Jamaat-e-Islami, the very word “secularism” is considered synonymous with “atheism”. It was Maududi, the founder and first amir of the Jamaat, who first denounced “secularism” as a form of atheism. In Pakistan, those who want an alternative to the currently prevalent Takfiri brand of Islam, the expressions used are the likes of “true Islam” and “moderate Islam.” No publication, especially an Urdu one, can publish material in favor of secularism. Support for secularism can get one killed. Bina Shah has lied on this count.

3. Bina Shah does a great job for the Deobandis by not even once pointing out about who is causing havoc in Pakistan. She does not name any single terrorist group or individual who has been responsible for so much destruction in Pakistan. She refers to Pakistan’s troubles in te tradition of the likes of Hamid Mir and Javed Chaudhry, but does not tell that creators of these problems are Deobandis. She refers to “security assets” without naming the Army whose assets those terrorists are. Again, she does not identify those assets. The only reference to the Deobandi terrorists is a loving, grandmotherly one: “Deobandi imprint,” as if these Deobandis are a thing, and not murderers.

1. She claims that it was a Barelvi Sufi who killed Governor Salman Taseer.
Mumtaz Qadri, the man who killed Taseer, belongs to a Deobandi family of Rawalpindi. It was only a few weeks before killing Taseer that he converted to the Barelvi sect. Those days, the entire Punjab government led by Shahbaz Sharif and his Law Minister Rana Sana and the media led by Geo had been campaigning against Taseer for demanding that the Blasphemy Law be reviewed for it justified (and still justifies) the killing of non-Muslims. A Muzafargarh MNA Ibad Dogar Deobandi belong to the PML-N announced in a mosque that anyone who killed Taseer would be given millions of rupees as a reward.

The killing of Taseer should not be blamed on the Barelvis or Sufism. Investigation should be launched into whether or not Qadri converted only to kill Taseer. Who was behind him? Why was he assigned to be a bodyguard of Taseer by the Punjab government?

2. Bina Shah refers to people trying to make Pakistan “a conservative Sunni Muslim” state.
This is a plain lie. She is falsely implying a Shia-Sunni binary here. The Barelvis who are the majority sect in Pakistan have not been campaigning to turn Pakistan into a conservative Sunni state. It is the Takfiri-Deobandis who want to turn Pakistan into a Saudi Arabia where few human rights exist. For this purpose, the Deobandis have rebranded the banned Sipa-e-Sahaba as “Ahle Sunnat Wal Jamaat”.