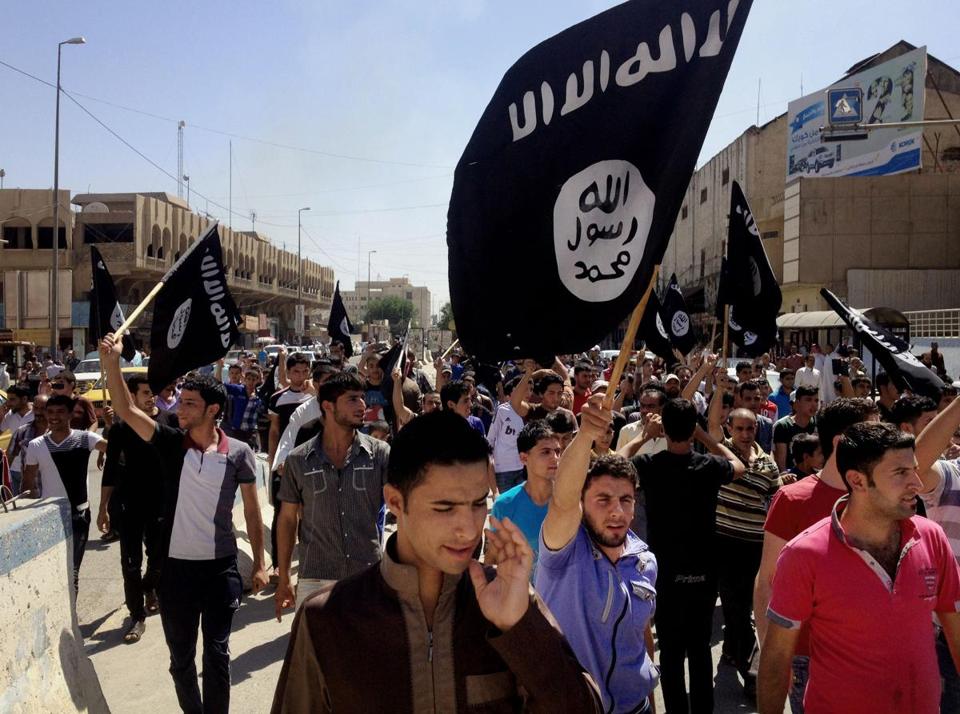 WINSTON CHURCHILL recognized the danger that an Islamic state posed in 1921, when he rose in the House of Commons to warn of a then little-known sect emerging from “the vast deserts of Arabia:” the Wahhabis. But because those deserts contained much of the world’s oil supply, the world took no notice of Churchill’s caution. In time, the West unwittingly funded the spread of that sect throughout the Muslim world.

Churchill told the Commons that the Wahhabis represented a “form of Mohammedanism which . . . bears the same relation to orthodox Islam as the most militant form of Calvinism would have born to Rome in the fiercest times of the religious wars.

“The Wahhabis profess a life of exceeding austerity, and what they practice themselves they rigorously enforce on others,” he said. “They hold it as an article of duty, as well as faith, to kill all who do not share their opinion and to make slaves of their wives and children. Women have been put to death in Wahhabi villages for simply appearing in the streets. . . . Men have been killed for smoking a cigarette [and] for the crime of alcohol.”

Churchill was afraid the Wahhabis might emerge from the interior of Arabia to take over the Muslim holy places of Mecca and Medina, which were under control of Arabs allied with the British. Lawrence of Arabia had similarly worried about what would happen if these “marginal medievalists . . . intensified and swollen with success” were to prevail. In 1924, that is exactly what happened, and the Kingdom of Saudi Arabia was declared in 1932.

The alliance between the House of Saud and the fanatical Wahhabi followers was a delicate one. The deal was that the Saudi kings would look after politics and government while the Wahhabi religious authorities took care of spiritual and cultural matters. In many ways the Saudi kings were modernizers. They persuaded the Wahhabis that the telephone and, later, television were not the devil’s instruments, and damped down their fanaticism.

But to this day, Saudi TV has its proscribed measure of religious content, and miscreants can be beheaded, stoned to death, have their hands cut off, or be publicly whipped. Religious police regularly enforce proper dress codes and behavior, and women famously are not allowed to drive or go about without a male relative.

The arrangement allowed the Wahhabis to do pretty much as they wanted abroad, but they were not to stir up trouble within the kingdom itself. Yet there were always religious dissenters who thought the Saudi royal family insufficiently Wahhabi. The kingdom was severely embarrassed when armed fanatics took over the great mosque at Mecca in 1979 and had to be driven out. Osama bin Laden’s Al Qaeda had its origins in anger over the Saudi royal family allowing American troops to be based in the kingdom during the first Gulf War.

Franklin Roosevelt, recognizing the importance of Saudi oil, cemented America’s alliance with the House of Saud when he met with the Saudi king aboard an American warship in the Suez Canal during World War II. The arrangement ever since has been Saudi oil in exchange for American protection.

The oil crisis of the 1970s resulted in a massive transfer of wealth from the West to the oil-producing countries, and this, in turn, allowed for the spread of Wahhabi schools and Wahhabi thought throughout the Muslim world. Muslims far removed from Saudi Arabia were attracted to the fundamentalist doctrines that Wahhabism represented, hoping that somehow returning to the practices of the Islam of centuries ago would provide answers to the chaos and disappointments of modernity and westernization.

Today the Islamic State enforces the same Wahhabi ferocity that Churchill warned against in 1921. “Intensified and swollen with success,” with its doctrines unwittingly spread and funded by western oil money, the Islamic State draws recruits from all over the world.

Saudi Arabia may have joined the American-led coalition against ISIS, but the fanatical beliefs we are fighting go straight back to the followers of Mohammed ibn al-Wahhab and the Saudi monarchy that rode the Wahhabis to power in the deserts of Arabia almost a century ago.