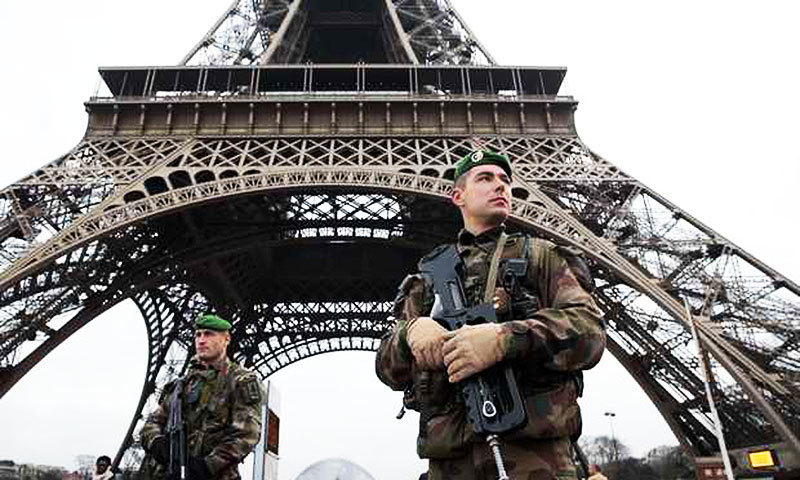 If their agenda is to put a wedge between Muslims and the rest, the Jihadists are doing a pretty fine job.

The attack in Paris that killed 12 journalists and police at the office of the newspaper Charlie Hebdo occurred only a day after thousands of ordinary Germans marched in support of Muslims in Berlin and Cologne. The Germans came out in thousands in response to the earlier anti-Muslim rally in Dresden.

Despite the economic hardships seen since 2009, Europe has largely remained a welcoming place for Muslims.

Al-Qaeda and its affiliates, however, have a different agenda. They want to define the relationship between Islam and the West. The Paris attack appears to be a retaliation against the caricatures of revered figures of Islam published earlier by Charlie Hebdo. The editor, Stéphane Charbonnier, also among the dead, had received death threats in the past.

From Paris to Peshawar, a plague of intolerance has swept through parts of Muslim societies. The Taliban kill children in Allah’s name, and are unrepentant. The police even murdered an accused left in their protective custody. The man on the street turns to violence when his religious sensibilities are disturbed.

There are the lynch mobs in Punjab who burnt alive a pregnant woman and her husband after accusing them of blasphemy. The couple’s toddler witnessed the lynching and narrated the story that will haunt him forever.

If poverty is Pakistan’s excuse for wholesale fanaticism, what is the excuse for Iran, which is set to execute 30-year old Soheil Arabi for “insulting the Prophet” in his Facebook posts? A few decades earlier, Iran’s spiritual leader, Ayatollah Khomeini, issued a death sentence to Salman Rushdie for similar accusations.

Would anyone care to stop and think why Muslims are killing in the name of the Prophet (PBUH) who always pardoned those who transgressed against his person?

The Islamic teachings we grew up with conflict squarely with what the armed, bearded, and hooded men proclaim today.

We were told as children how the Prophet (PBUH) looked after the same ailing old woman who used to throw refuse at him. We were taught how the Prophet honoured the agreements (Suleh Hudaibia) with his enemies, even if it meant hardships. Murder in the name of the one who pardoned his worst enemies in war makes little sense.

The attack on freedom of expression is likely to be more painful for the French who embody liberté, égalité, and fraternité. Only a week ago, we learnt from the International Federation of Journalists that Pakistan was the most dangerous place for journalists to work where 14 journalists lost their lives in 2014.

A single attack in Paris has killed several journalists in the heart of Europe and at the hands of Muslims. No amount of scapegoating by Muslims will succeed in shifting the blame to a ‘misguided minority’ among the larger Muslim body politic.

It would be naïve to assume that those who marched in support of Muslims against the rightwing extremists in Germany were unaware of the threats posed by the Islamic extremists. A Pew Research Global Attitudes poll in Spring 2013 revealed that 95 per cent of Germans considered Islamic extremists a threat to their country.

Still, when racist elements pushed against Muslims and immigrants, ordinary Germans marched in solidarity with Muslims.

Despite these reservations, European Muslims do live freely and pursue successful careers in academia, government, and the industry. This is not to deny the racial biases in Europe, but, is Pakistan or other Muslim nations free of such biases where ethnic, sectarian, and religious minorities face open discrimination?

The massacres in Peshawar and Paris, and the daily bombings in Yemen, Syria, and Iraq must provide the impetus for a tolerant and forgiving Islam to emerge in Muslim societies, where the majority needs to shun its justifications or silence, and loudly refuse to tolerate killing in the name of Islam.