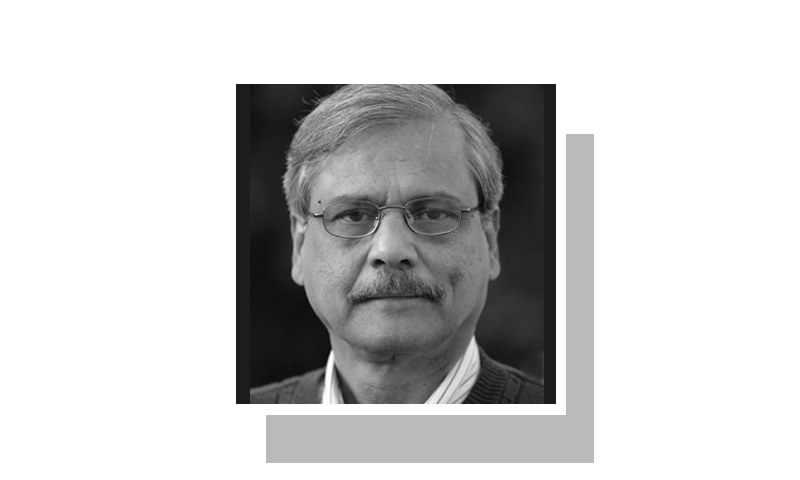 IT has never been easy to navigate the labyrinth of the Middle East’s ever-changing politics, but it is becoming even more challenging with the growing confusion over shifting alliances. The Saudi-led military action in Yemen and agreement among various Arab nations to form a combined military command have, however, defined the battle lines more clearly.

The prospect of a chronic cold war between Saudi Arabia and Iran turning hot has thrown geopolitics into a whirl. Although the conflict has been building for long, particularly with their proxies involved in civil wars in Syria and Iraq, it is the looming Iranian nuclear deal that has set off the panic button. The Yemen crisis has provided Saudi Arabia an opportunity to consolidate an anti-Iran coalition. The decision to form a joint military command is also seen as a way of telling Washington that it cannot be depended upon.

It is surely no coincidence that the Saudi show of military muscle in Yemen has happened so close to an Iranian nuclear deal. The United States, Iran, and five other world powers have been working toward a March 31 deadline to reach an agreement on the Iranian nuclear programme. Despite some last minute hiccups, a deal that will end Iran’s international isolation may well be sealed by the time this column goes into print.

Saudi Arabia has publicly expressed its displeasure over the prospect of a deal and so have the Gulf countries that have long feared the spectre of Iranian regional hegemony. The growing Iranian role in Iraq with the tacit backing of the Obama administration seems to have further reinforced a sense of insecurity among these countries.

Speaking to a top former Saudi intelligence official and an important member of the royal family at an international conference last week gave me a clear insight into Saudi concerns over the Iranian nuclear deal and increasing distrust of the Obama administration. He made little attempt to hide his disdain for Obama, describing him as “a naïve American president being driven by shrewd Iranian mullahs”.

The Saudis also do not mince their words where it comes to Iran, labelling it as “the most dangerous adversary”. In fact Saudi views on an Iranian nuclear deal do not appear dissimilar to that of Israeli Prime Minister Benjamin Netanyahu. The fear of American-Iranian rapprochement looms large on the minds of the Saudis and the Gulf sheikhs. Though highly exaggerated, the fear of Iranian domination has resulted in the Gulf states shedding bitter rivalries and closing ranks. Saudi officials have frequently hinted that the kingdom may seek its own nuclear defence umbrella to counter a potential nuclear-armed Iran.

The realignment of forces has produced strange bedfellows, underscoring the region’s complexity.

The overreaction of the Arab countries to the Yemen crisis seems to have been triggered by that perceived Iranian threat, though there is little evidence of Tehran’s active support for the Houthi rebels. But by its aggression Saudi Arabia may well pull Iran deep into the Yemen conflict.

It is not that the Iranians are completely disconnected from the Houthi revolt, but Tehran is certainly not the instigator. The cause of the Yemen crisis is rooted in its internal political and tribal divides and history. However, some statements emanating from Tehran have reinforced concerns about Iran’s own power game in the region.

It is not the first time that the Saudis have got involved in Yemen, but it is certainly the first major military intervention by the kingdom that may have far-reaching geopolitical consequences. Besides the Gulf countries, the emerging coalition — also known as the Sunni alliance — includes Egypt, Jordan and some other Arab states.

This realignment of forces has produced strange bedfellows, underscoring the complexity of the Middle East political maze. Saudi bankrolling has also brought Egypt and many others into the coalition. Egypt’s military government has received billions of dollars in financial aid from Saudi Arabia and other Gulf countries that keep Cairo financially afloat.

Most curious, however, is the role of Turkey that has tacitly approved the anti-Iranian coalition. Until very recently, Ankara was locked in serious conflict with Egypt’s military rulers over its support for the ousted Muslim Brotherhood government. Now there seems to be a patch up between them, courtesy the new Saudi king.

Pakistan’s support is also considered by Riyadh as extremely important in its new regional anti-Iran alliance. The only Muslim nuclear-armed nation is pivotal in the Saudi regional power matrix to counter a nuclear-capable Iran. Although no decision has been taken yet to send troops to join the Saudi forces fighting the Yemeni rebels, Pakistan has already pledged full support to the kingdom.

Obviously the escalation in Yemen and the new battle line-up raise serious questions about the effectiveness of the anti-IS alliance comprising more than 40 nations. The spectacular rise of the self-styled Islamic State and a large swathe of Iraq and Syrian territories falling under its control seemed to have thrown Iran and Arab countries on the same side of the fence, at least temporarily.

But even that illusion of a common enemy has been shattered after the active involvement of Iranian military personnel on the side of Iraqi forces in the battle for Tikrit. The failure of the Iraqi forces to drive out IS from its stronghold gives some credence to the suspicion of continued support for Sunni fighters by Saudi Arabia.

Interestingly, Israel has now come out openly in support of the Saudi-led military intervention in Yemen. Netanyahu in a recent interview has depicted Israel and Middle Eastern countries as unified in their view of Iran’s involvement in the Yemen unrest as “a strategic move to dominate the region”.

Trying to understand this multitude of paradoxes is like trying to find one’s way out of a maze where most turns lead to a dead end. This new battle in the Middle East is likely to be an ugly and violent one.