Home  »  Newspaper Articles   »   A year ago, I was almost killed by LeJ terrorists – Raza Rumi 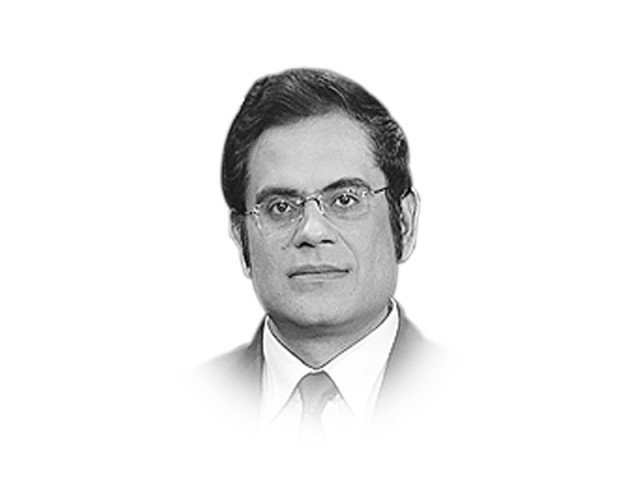 A year ago, I suffered the fate of thousands of Pakistanis who have been attacked, maimed and terrorised by violent extremism. I was lucky to have physically survived but my driver Mustafa was not. An innocent human life lost but at the end of the day, he made for a mere digit. This is the brutal reality of a country where a mighty state appears unable to protect its citizens.

I was once a civil servant and a mandarin in Pakistan’s powerful administrative service. I ventured into international development and worked for the Asian Development Bank. I had secure careers lined up with attractive promotions and stable retirement plans. I gave up these comfortable options and opted for journalism and public engagement, in the naive hope that public narratives could be changed. I chose a path that would allow me freedom of expression to wade in the murky waters of what is known as ‘public opinion’ in Pakistan.

I cannot complain much as within a few years I had carved my space and engaged with old and new media, happily discovering that there were thousands of other likeminded men and women of my country who agreed that religious extremism and xenophobia masked as patriotism needed to be challenged. Above all, human rights — especially the right to live and worship freely — mattered. But I sensed the limits and the dangers. And on March 28 last year, I did pay a price. Unknown men, later identified by the police as operatives of a Taliban affiliate, the Lashkar-e-Jhangvi (LeJ), tried to kill me. A rather drastic punishment for my views and what I stood for.

There has been a trial of sorts underway. A few men are in jail but the ‘mastermind’ is at large. If the police story and confessions — to be tested in a court of law — are correct, then all the accused, including the mastermind, report to the chief of the LeJ, who has been given bail in all cases. The gentleman in question had confessed to killing people in his interviews. All of this is on public record.

Before the attack, I was warned and threatened, especially on the social media. Unknown accounts told me that I would have to pay a price with my blood. I was called an apostate, an infidel for commenting on the attacks on non-Muslims and Shias. My views on normalising ties with India were taken by some as a sign of being unpatriotic, for perennial hostility with the ‘Hindu’ neighbour is the ultimate marker of our nationhood. This is also a cynical ploy, for what could be more telling than Ms Fatima Jinnah, celebrated as the mother of the nation, also being accused of being an Indian agent when she chose to show dissent in the 1965 elections.

Concurrently, friends and family also insisted that I should not talk about ‘sensitive’ issues. For, if I said don’t kill Shias, then I could be mistaken for being a Shia Muslim. I had to clarify in a television show that I was a Sunni. I find it ludicrous that we have to render such explanations (I saw others doing it as well on television). When I protested and questioned the state’s institutionalised persecution of Ahmadis, I was warned that I could be thought of as being an Ahmadi! Questioning the treatment meted out to marginalised sections of the population is enough for extremists to label you an apostate in the Islamic Republic. I remember that a caller in one of my TV shows attacked me for protesting against the ghastly 2013 attack on a Peshawar church and said that Muslims were also being killed by the ‘Christian’ West!

Is there no freedom in Pakistan to say that the colonial blasphemy law is being misused? Should we let mobs burn pregnant Christian women and Ahmadi families, and attack Christian settlements and churches because there is a mere accusation of blasphemy?

What sort of media reporting and commentary can take place if you can’t raise such issues on the most influential medium, i.e., TV? I do remember the unofficial advisories and the counsel by peers and producers on what not to say on TV. I caved in sometimes and for the times I did not, I guess, was taught a lesson.

I have been away from the country of my birth and my beloved city of Lahore for 11 months. I have lived abroad but never for so long. This has been a forced separation, mainly driven by the fact that those who tried to kill me can easily try it again. There have been threats sent my way directly and indirectly and the extremists have even threatened my murdered driver’s family not to show up in court.

I never knew that in my quest for freedom I would face this dilemma: should I risk my life or let anyone else get hurt? I am neither a suicide bomber nor eager to be ‘martyred’. We have enough martyrs in Pakistan. I certainly don’t want to travel around in bullet-bomb-proof cars (unaffordable to begin with). There are a few friends and foes who accuse me of ‘running away’. This is part of the larger desensitisation and intellectual confusion that permeates Pakistan. I am quite happy to take that opprobrium than face bullets. The bravery of those who question my decision can only be tested if they (God forbid) had to face the situation I am in.

Freedom of expression is invaluable and non-negotiable. I have done enough of self-censorship in my ruptured media career. But I have no plans to give up. I also have no regrets for taking positions. I salute all the hard-working journalists and media workers who perform their duties in difficult situations, especially in Balochistan, Fata and other conflict zones. I will rejoin them one day. Pakistan is part of my identity and will always remain so. For now, I need to feel secure. The right to life, after all, is inviolable.