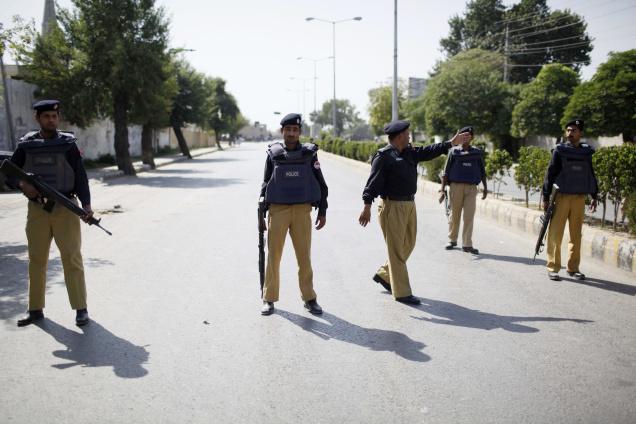 PESHAWAR: Khyber Pakhtunkhwa has sacrificed 1,054 policemen, more than any civilian law-enforcement agency, but the cops get meager compensation package compared to the one being given to the policemen in Punjab, a source said on Tuesday.

The sacrifices rendered by the KP Police are higher than any other civilian law-enforcement agency in the country.The family of a slain policeman in Khyber Pakhtunkhwa gets Rs3 million compensation compared to Rs10 million given in Punjab. The Punjab government is going to increase the compensation amount to Rs50 million.

The sons and brothers of hundreds of slain policemen have not been provided jobs as assistant sub-inspector (ASI) in the force in KP as part of the “Shuhada Package” due to one or the other reason, the source said.

“The KP Police authorities have suggested to the federal and provincial governments to ensure uniform policy regarding the martyrs all over the country,” said the source.Before KP became embroiled in militancy, 11 policemen were killed in different attacks in the province in 2001, 17 were slain in 2002, 28 in 2003, 13 in 2004, 10 in 2005 and 27 in 2006.

The situation turned violent in 2007 when the then capital city police officer Peshawar and one of the most decorated cops Malik Mohammad Saad fell victim to a suicide attack near Qissa Khwani along with other cops and civilians on January 27. Since then the attacks on the police in KP have seen no end.

Majority of those killed in these attacks were constables and head constables. However, many seniors also became victim of terrorism during these years.

The list of the DSPs, inspectors and junior officers is too long. Except Iqbal Marwat and DPO Khurshid Khan, all the senior officers were killed in attacks in Peshawar.

“The Peshawar Police has sacrificed the most in both the senior and junior ranks. However, the force is still determined to restore peace in the city at all costs,” Dr Mian Saeed Ahmad, Senior Superintendent of Ppolice (SSP) Operations Peshawar, told The News.

Many have questioned at various forums as to why the compensation package for the policemen in KP is less than Punjab and other provinces.

Also, the government is being criticised for not recruiting the sons and brothers of the slain cops who under the “Shuhada Package” are to be recruited as ASIs after passing the intermediate examination.

“We believe that there must be a uniform package all over the country. The cops of the KP Police are more exposed to attacks and threats compared to others,” Inspector General of Police (IGP) Nasir Khan Durrani told The News.

“They are getting job as per the quota on their turn. We have also told them to get recruited as constables so that they don’t become overage. They will be recruited ASIs immediately when their turn arrives,” said Nasir Durrani.

The police chief admitted that there were cases in which the payment of cash was delayed to the families of the slain cops.“We have set up a Shuhada section at the CPO that is taking care of the issues related to the families of the martyrs. In my point of view the cash payment should not take more than four, five months,” he said.He added the school going kids of the martyrs were provided school fee while the family got full salary of the slain cop till 60 years of his age.