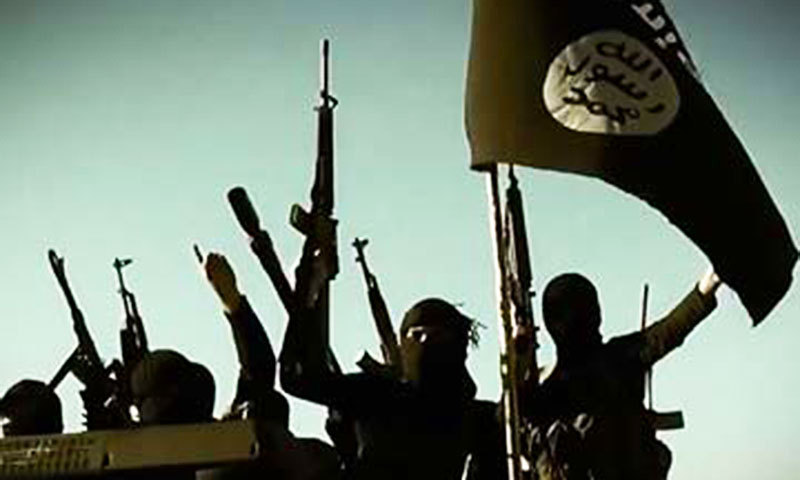 It is a typical summer flick, but it holds a great lesson for the global power politics. Hercules, released earlier in the summer, shows how the son of Zeus fights against tyrants only to realise later that he has been tricked into fighting against the good guys.

The same rebels either amalgamated with, or were overpowered by, al Qaeda militants resulting in the rise of the Islamic State in Iraq and the Levant (ISIL), a consortium of fanatic mercenaries whose control extend from Syria to the Sunni-majority parts of Iraq.

Compared to these extremists, who are massacring Shias in Iraq and beheading American journalists, Bashar Al-Assad may look like a saint.

The West and the wealthy Arab states jumped into bed with the Syrian rebels to counter the rising influence of Iran in the region. It took al Qaeda fewer than two years to take over the rebels in Syria and march towards Baghdad while it also threatened the Western countries.

From Osama Bin Laden to Abu Bakr al-Baghdadi (the self-proclaimed caliph and head of the ISIL), the long list of western supported turncoats suggests that the West has yet to learn from its past mistakes of sponsoring militants who turn against their interests.

It became obvious as early as in 2012 that the Western-backed, Arab-sponsored rebellion served as a rallying cry for al Qaeda militants to reconvene in Syria.

The West supported the Free Syrian Army to fight against the Bashar government. Slowly but surely, the al Qaeda proxies in Syria, primarily the al-Nusra Front, wrestled control from the Syrian rebels. Later, the Syrian al-Nusra Front entered into a formal alliance with al Qaeda and extended its reach from Syria into Iraq, and ultimately emerging as a global threat.

The Western interest in dismantling the Syrian regime was motivated by two factors.

First, the Syrian regime had proven to be a sustained source of discomfort for Israel. Syria supported anti-Israeli elements while Israel maintained its control over the Golan Heights, the territory it ceased from Syria in the six-day war and annexed it 1981. Syria has backed successive Palestinian regimes in their struggle. Even the Hamas leadership has been based out of Damascus.

Second, the recent push against Syria had more to do with the Arab regimes who felt threatened by the rising influence of Iran in the region.

From Iran to Iraq to Syria to Lebanon emerged a Shia-crescent in the heart of the Arab world, which through the centuries has been dominated by Sunni Islam.

This alarmed the Saudis, Kuwaitis, Qataris, and Jordanians, who desperately searched for excuses to break the chain of Shia influence in the Arab heartland. Syria proved an easy target for the reason that the Bashar regime in Syria belongs to the minority Alawite sect that has been ruling over the majority Sunnis.

The Petro dollars, which once helped bring the mighty Soviets down, started to pour into the coffers of Syrian rebels who mounted a formidable challenge to the Bashar regime.

The Western governments either failed to appreciate or were oblivious to the sectarian schisms in Islam that underlined the resistance against the Bashar regime. Already in Iraq, the al Qaeda affiliated groups were active in the Sunni majority region against the Shia-dominated government of Prime Minister Nuri Almaliki.

At the same time, the al Qaeda leadership was in flux. The younger and more ruthless commanders were jostling for control and pushing the veterans out.

In Iraq, Abu Musab al-Zarqawi had effectively took over from Ayman al-Zawahiri and placed Abu Omar Al-Baghdadi in charge of al Qaeda in Iraq. Al-Zarqawi and Abu Omar died and the al Qaeda leadership landed with Abu Bakr Al-Baghdadi, who has proclaimed himself to be the righteous caliph and set up his control in the Sunni-majority areas in Iraq and Syria.

The Syrian conflict has caused the death of tens of thousands of Syrians. The conflict even saw the use of chemical weapons against civilians. Millions of Syrians are displaced internally and externally.

This, however, did not concern the Western countries.

Apart from lukewarm concerns expressed against the rise of al Qaeda’s influence in the conflict, the plight of Syrians in the prolonged conflict did not force the Western countries or the Arab sponsors to reconsider their stance.

Even when the ISIL marched into Iraq, captured several towns and dams, and slaughtered hundreds of captured Shia soldiers, the West did nothing to reconsider their support for the Syrian rebels who had, albeit unwillingly, helped empower al Qaeda in the region.

This, however, changed when the ISIL beheaded two Western journalists. The gruesome videos of their beheadings by ISIL militants suddenly rung alarm bells in Washington, DC, Ottawa and other European capitals.

It was not the death of thousands of Syrians or the plight of millions of displaced Syrians, but the unfortunate murder of two Westerners that made the West reconsider its support for the Syrian rebels.

That the mighty Hercules could be tricked into fighting for the wrong side should serve as a reminder to the Western leaders to know their history and geography before they engineer coups.

It is not the first time, and is unlikely to be the last, that the monsters created by the Western powers returned to haunt them.