Home  »  Humour & Satire • Original Articles   »   Caliph Abu Bakr al Baghdadi turning tail in Iraq. Mullah Omar hiding out in Pakistan for over a decade. Seems like we are back in the 7th century AD. 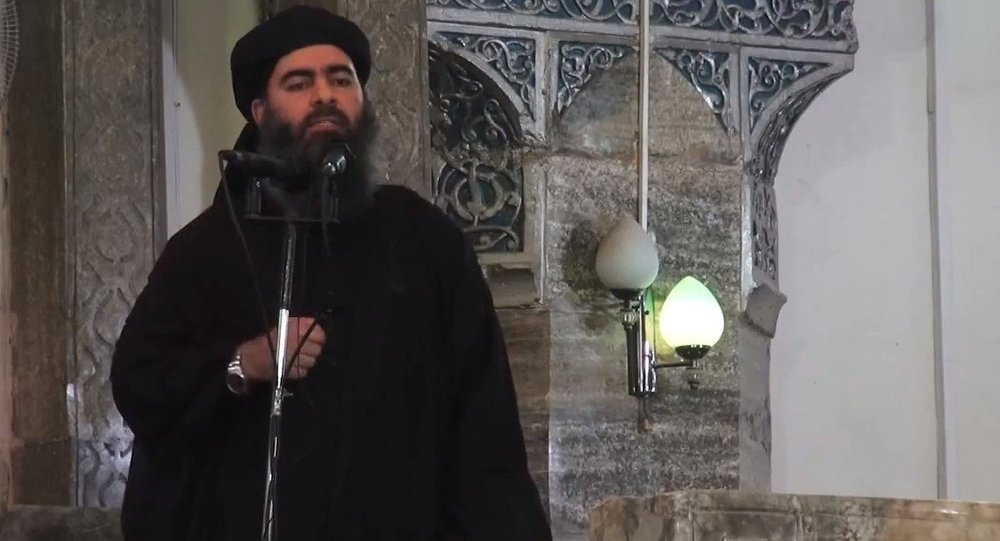 Someone, please hand Caliph Abu Bakr Al Baghdadi some mascara and some nice lip stick. Blazing Yellow shade would be perfect and might smudge through the Burqa and other “Feminist” garbs that Caliph Abu Bakr might be wearing as he makes a run for it.

Unlike Uhad,Khandak, Khaiber and Honain – there will be no Ali Bin Abi Talib to bail out Caliph Abu Bakr Al Baghdadi.

Caliph Abu Bakr’s ISIS/Daesh “warriors” are turning tail at the first sign of resistance and itching to make a run for it. Mullah Omar is also said to have run away from Afghanistan – in a Burqa – when the Americans started arming the Northern Alliance in the early days after 9/11 – before they got distracted by Iraq and allowed the Taliban to make a comeback.

But I digress. Caliph Abu Bakr al Baghdadi wants to jump the sinking ship in Mosul as his Turkish/Canadian/Algerian/Libyan/Jordanian/Saudi/Belgian/German/Chechan/Ukranian/Indian/American/British

mercenaries are making a dash for it dressed up in burqas, tank tops and make up.

Since Orya Maqbool Jaan wrote column after column praising Caliph Abu Bakr Al Baghdadi, I nominate him to design the Caliph’s runaway Burka and apply his make up.

Orya baby, go easy on the eye shadow – you don’t want to give Caliph Abu Bakr Al-Baghdadi too much of a smoky look – he might get smoked by the wrong sniper. Or raped by his own Sex Jihadi ISIS.

Apparently, their entitlements in Iraq don’t seem to be panning out.

No wonder Shias getting whacked all over the world for delving into the historical basis of Caliphate. And how the Greatest Glorious Golden warriors of the Righteous Age also established a fine tradition of abandoning the battlefield at the first sign of resistance. Apparently,THEY were really brave – with a sword – against unarmed women and children.