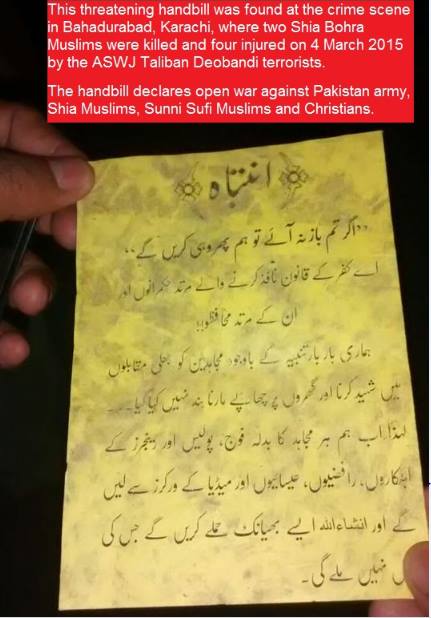 This threatening handbill was found at the crime scene in Bahadurabad, Karachi, where two Shia Bohra Muslims were killed and four injured on 4 March 2015 by the ASWJ Taliban Deobandi terrorists.

This is yet another indication that the ASWJ-TTP terrorists are enemies of all Pakistanis irrespective of faith or sect. This is not Sunni vs Shia, this is Takfiri Deobandi vs humanity.