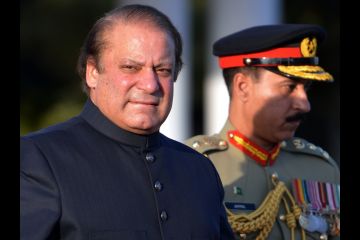 The Bro-Mance between the “Anti-establishment” Nawaz Sharif/Shahbaz Sharif and the Deobandi Taliban. The Sharif regime that has ruled the roost in Punjab for much of the last 35 years has the best publicists amongst Pakistans “liberal” intelligensia who portray these Saudi establishment stooges and Taliban lovers as “anti establishment”

“According to one letter, dated July 2010, the brother of Nawaz Sharif, Pakistan’s current prime minister, sought to strike a peace deal with the jihadists. Bin Laden was informed that Shahbaz Sharif, who was then the chief minister of Punjab, wanted to cut a deal with the Pakistani Taliban, whose leadership was close to bin Laden. The government “was ready to reestablish normal relations as long as [the Pakistani Taliban] do not conduct operations in Punjab,” according to the letter from Atiyah Abd al Rahman, one of bin Laden’s top deputies.

Attacks elsewhere in Pakistan were apparently acceptable under the terms of the alleged proposal. Al Qaeda intended to guide the Pakistani Taliban throughout the negotiations. The same letter reveals how al Qaeda and its allies used the threat of terrorist attacks as a negotiating tactic in its talks with the Pakistani military.”