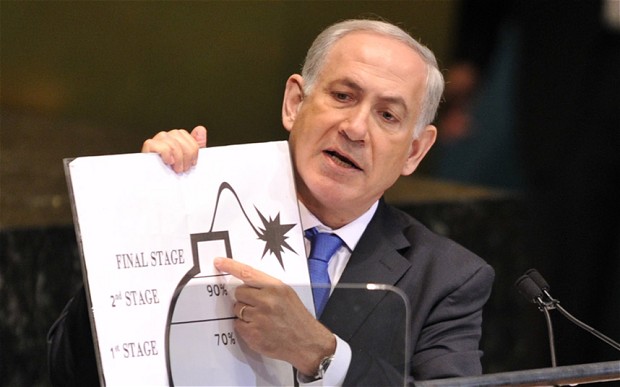 So House Republicans and Saudi “democratic” terrorists of 9/11 want to drag extreme Right wing government of Netanyahu in an alliance in which the same Saudis promote Christians and Jews as “apes” and “enemies” in their distorted translations of Holy texts.

“It is truly, truly regrettable that bigotry gets to the point of making allegations against an entire nation which has saved Jews three times in its history: Once during that time of a prime minister who was trying to kill the Jews, and the king saved the Jews; again during the time of Cyrus the Great, where he saved the Jews from Babylon, and during the Second World War, where Iran saved the Jews,” he said.

“We’re not about the annihilation of Jews,” Zarif stressed, reminding the channel that 20,000 Jews reside in Iran “in peace” and even have their own representative in parliament.

“We have a history of tolerance and cooperation and living together in coexistence with our own Jewish people, and with Jews everywhere in the world. If people want to espouse fear mongering to fan such hysteria in the world, that’s to their detriment,” Zafir said.”

But it is Iran – and by pejorative-extension, all Shias – who are being threatened with genocide by ISIS and Al Qaeda – who are the “sectarian” threat to the region.

Orwell, you have just been owned.