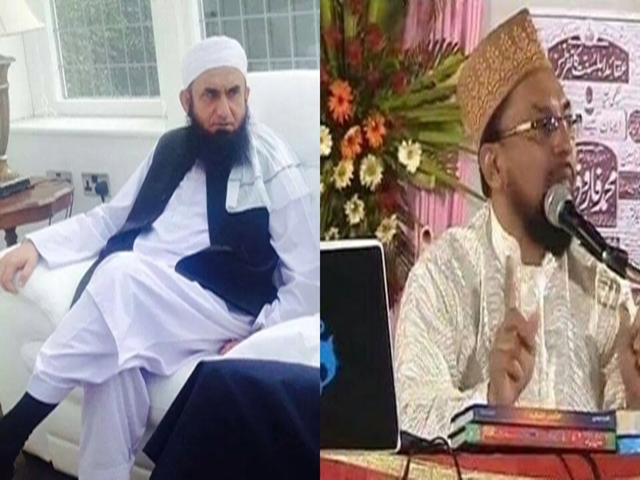 Mohammad Farooque Khan Razvi stated by saying that the description delivered by Maulana Tariq Jameel regarding Jannat, Hoor, and Allah was an act of ‘blasphemy’.

Mr, Razvi, who is the founded of Sunni Hanfi Organization (SUO) in Nagpur, Maharashtra, India, mocked the manner Maulana Tariq Jameel used to persuade the audience towards Jannah. In his video speech, Mr, Razvi claimed that Maulana Tariq Jameel is an utterly ignorant person who is just but deviating the Ummah through his flawed interpretations of Quranic verses.

He quoted lines by demonstrating the video clips in which Maulana Tariq Jameel, while being in Birmingham, is illustrating the treatment and hospitality likely to be conducted with those who ultimately will claim their reward in the form of Jannat.

It is not for the first time that one scholar is embittered by another, especially, by one belongs to another sect. And it is interesting to note that Maulana Tariq Jameel belongs to Deobandi Sect while Mohammad Farooque is from Brelevi Sect. And there have been a number of disagreements and disputes concerning Codes in Islam between these two Sects.

There has been many instances in which a cleric is criticized by the one belongs to another sect.

Meanwhile, Maulana Tariq Jameel is one of the most prominent religious scholars who is, not only, very famous and revered in Pakistan but also in every part of the world where Muslims do exist. He has been devoting his life in preaching the teachings of the ultimate Prophet Muhammad (PBUH) since his boyhood. And there are a number of people across the world who have managed to change their lives after attending his lectures.