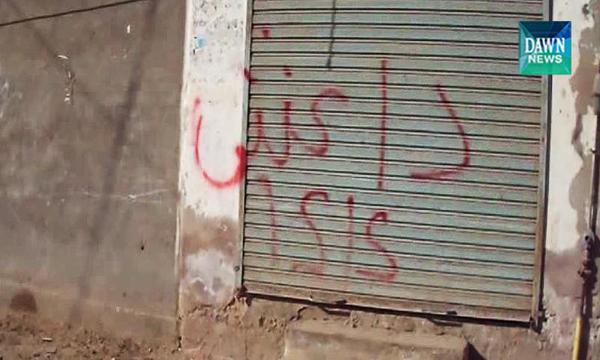 ISLAMABAD: South Asians will play a minimal role in the Iraq and Syria wars on either side of the divide, said Arif C Rafiq, an adjunct scholar at the Middle East Institute, Washington DC.

The expert, who has recently published a author of 144-page study titled Sunni Deobandi-Shi’i Sectarian Violence in Pakistan, observed the South Asia Muslims in Europe may be seen playing active role in the IS or Daesh. “Iran mainly uses Hazara Shias from Afghanistan and Pakistan as cannon fodder to serve on their front lines (against the Daesh). Some Pakistani Shias have taken part in the fighting in Iraq and Syria in response to the destruction of Shia shrines,” the MEI scholar said.

He told Daily Times that the Islamic State has the potential to become a potent force in Pakistan but its presence in the region has been quite limited. “The growth of IS could result in a greater emphasis on anti-Shia terrorism. And, as a reaction to this, we may see a further radicalization of the Shia,” said Arif. The scholar observed that the political establishments in Salafi Persian Gulf states see IS as a threat to their existence. “But they are not opposed to supporting Sunni jihadist groups, including ones that are anti-Shia. Iran, meanwhile, has strengthened its support for Shia militants in Iraq, Syria, and, to a lesser extent, Pakistan.”

The president of Vizier Consulting, LLC explain that the difference in their behavior stems less from intent than capabilities. “Iran has the military capability to provide trainers and special forces. Iran’s Salafi Arab rivals are yet to be able to provide those services on a significant scale.” Speaking about the sectarian trends, he said, the Nawaz Sharif government has partnered with the anti-Shia Sipah-e Sahaba Pakistan in elections and other arenas besides usingd the SSP’s then-leader Maulana Ahmed Ludhianvi to negotiate with the Pakistani Taliban.

“The SSP is a banned organization but operates freely in Punjab and, in fact, across Pakistan.” Arif Rafiq observed that Nawaz would have to bring hardline Sunni Deobandi and Shia leaders together and get them to agree to a code of conduct to help reduce sectarian incitement across the country. “More important than the madrasas are these broader organizational networks, like the SSP, that radicalize people through public speeches, rallies, and the Internet. They are indirectly legitimized by a state that looks away at their hate speech and directly legitimized by a state that makes electoral and other deals with them,” the US-based scholar told replying to a question.

To a question, Arif said Pakistan’s religious seminaries are painted with a broad brush in the country’s English-language media and in the foreign press. He noted there are some innovative institutions, such as private schools that offer a fusion of the Cambridge and the traditional Islamic Dars-e Nizami systems. However, he agreed that select religious seminaries produce sectarian agitators and anti-state terrorists. “There are some seminaries that have produced a disproportionate number of militants for the anti-state Tehreek-e Taliban Pakistan as well as the anti-Shia Sipah-e Sahaba Pakistan. These are bad apples among Pakistanis thousands of seminaries.”

In 2011, Rafiq was listed by Foreign Policy magazine as among the top 100 foreign policy Twitter users. To a question about trend in sectarian violence and his recent indepth study, he said, “Between 2007 and 2013, violence between Sunni subsect known as the Deobandis and Shias rose significantly.” “The anti-Shia Sipah-e Sahaba Pakistan group has come out in support of the beleaguered Prime Minister Nawaz Sharif, while groups from the Shia as well as Barelvi Sunni subsect took part in rallies against him,” he detailed. Sectarianism, a long-term challenge in Pakistan, is resolvable, he said adding that it “requires the country’s political leaders to stand up for inter-sectarian unity and isolate agitators and terrorists who seek to deepen sectarian enmity.” Arif Rafiq pointed to the future of Afghanistan as a major question mark for Pakistan’s internal stability.