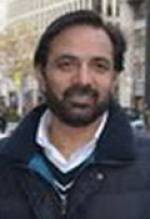 Muslim majority nations suffer from political turmoil, civil wars, economic failure and religious intolerance. Meanwhile, the clergy is luxuriating in fantasies about the number of virgins they will get in paradise

“Mesmerised by their beauty, you can spend years just looking at them.” By blending the Quran, hadith and personal fantasy, this is how Maulana Tariq Jamil, a well-respected religious scholar, explained the charm of hoors (virgins) of paradise to his audience. “Unlike anything on earth that loses attraction over time, their beauty will grow and multiply exponentially every moment,” he added, sitting high on the pulpit in a mosque, exalted, a smile running across his face, his eyes gleaming.

To further allure his listeners, he tells them that, because of their ever-lasting and ever-growing appeal, the inhabitants of paradise would not have to worry a bit about boredom with the virgins, a typically misogynistic remark through which ulema like him discredit and dishonor women without even realising it. Often, in their lectures, clerics, in an attempt to glorify the role of females as the defenders of faith, belittle them by reducing their responsibilities to that of objects of pleasure. Continuing with his thought, he elaborates that most couples, after a while, cannot even look at each other for a few minutes without being sceptical about one another’s appearances, a callous remark, as if he holds some sort of authority on intimate and romantic relationships.

By the end of his sermon, somehow, he realises that he needs to address the concerns of his female followers who might be getting wary. So, he cheers them up. “Women need not be worried either as their beauty would also be enhanced, once they entered paradise as hoors,” he says, “And they will not have to be concerned about their mundane, unhygienic and unclean requisites like urinating and moving bowels.” On social media, this video wass added last week, although the exact date cannot be verified, but it seems to be fairly recent. To be exact, it appears on the following day of a terrorist attack in an imambargah that killed three people in Islamabad, a week after the Peshawar attack in which at least 20 human beings died and almost two weeks after the Shikarpur bomb blast causing some 60 people to lose their lives, all of them Shias.

Considering what Pakistan is going through, his apathy and oblivion, translated as sectarian bias and bigotry, is appalling. I cannot fathom any serious religious pundit would spend so much time and energy talking about his fantasies regarding virgins, when 50,000 of his fellow countrymen have died in the name of Islam. Do they not see us, nervous and scared, fearing an attack on our children every day in schools, worried for their safe return? Do they not share the same world, so to say, where violence has plagued the whole region? From West Africa to the subcontinent, the entire belt of Muslim majority nations suffers from political turmoil, civil wars, economic failure and religious intolerance. Meanwhile, we notice the clergy is luxuriating in fantasies about the number of virgins they will get in paradise, contemplating if they will wear make-up and pondering if boredom will let their carnal spirits down.

Sure, every now and then, when they have time to visit earth from paradise, they perform some lip service to promote religious harmony and talk against sectarianism. And sure, he, too, went to an imambargah during Muharram last year to deliver a speech. But, do you know what his fans proclaimed afterwards? Without any exaggeration, they said, “Through his heart wrenching lecture on the martyrdom of the grandson of Muhammad (PBUH), Imam Hussein (RA), Maulana converted X number of Shias to Sunni Islam.” That number varied from 20 to 100, depending on the personal attachment of the devotee to the Maulana.

Furthermore, do you know what his grand plan to end sectarianism is? Join the Tableeghi Jamaat. Seriously, that is what he has recommended in another lecture proclaiming that the most conservative Deobandi organisation of the subcontinent does not represent any particular sect; instead, it encompasses all cultures and denominations, a Pan Islamic view. Preposterous, you may think, but when he made that suggestion, he was not joking. It is like my asking everyone else to drop their faith in favour of mine to end sectarian divide or telling the world that Islamic State (IS) is a peaceful organisation since it only wants everyone to follow the right path and avoid eternal hellfire.

Other than joining the Tableegh, if you asked him how society can get rid of radicalism he will give you tips for personal salvation: grow a long beard, trim your mustache, cover your head, fast, pray and of course think about hoors all the time. Ask him how we can show our dedication to Islam and express our devotion to the Prophet (PBUH). He will spend hours telling you stories — some real and some hearsay — about the personal lives of the companions of the Prophet (PBUH) and the saints, explaining how long they offered prayers at night and how they avoided a luxurious life. But a word for the religious rights of the minorities, the attacks on their shrines and the misuse of the blasphemy law would not touch his lips. The result? His teachings stay non-beneficial to the community. We may feel emotional during his lectures and start crying as he does but the nation continues to plunge into the darkness of religious intolerance.

In the middle of a war on terror — a war that revolves around violence in the name of Islam — the nation would have preferred every prominent maulana to focus on religious laws dealing with peace and justice, the doctrines that preserve the rights of non-Muslims and the importance of a pleural society. We had hoped that he and his colleagues would help us build a country where every religion and every offshoot of Islam could practice their faith without fear of being shot down or blown up. Instead, they have indulged themselves in the number of immortal hoors, a fantasy they share with the suicide bombers who wants to die now to claim their prize.