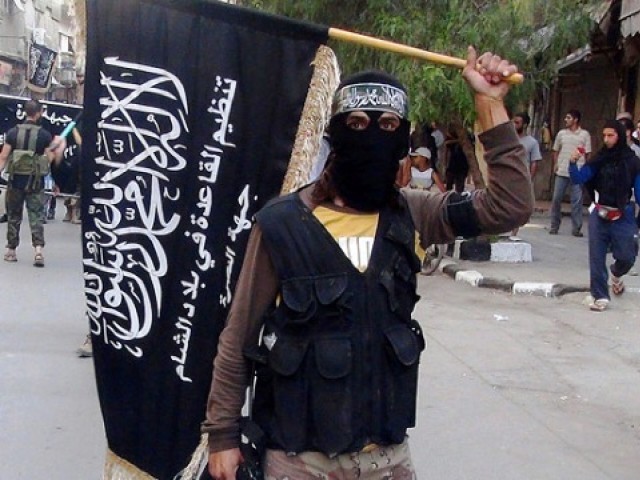 Recent weeks have brought a bevy of news headlines attesting to the rising profile of the Islamic State of Iraq and Syria (ISIS) in South Asia.

The group’s literature has circulated in Pakistan, and its flags have been spotted in Kashmir. Several Pakistani militant commanders expressed their allegiance to ISIS leader, Abu Bakr al-Baghdadi. Alleged ISIS recruiters were arrested in Pakistani and Indian cities. Officials in Afghanistan declared that ISIS is “active” in the country’s south.

Most significantly, last month, ISIS’s spokesman officially announced the group’s expansion into what he identified as “Khorasan” — a region encompassing present-day Afghanistan and Pakistan.

Despite all this, some observers, including those writing for the South Asia Channel, argue that ISIS will not make major inroads in South Asia anytime soon. They may be right. ISIS has broken with al-Qaeda and considers it a rival, it adheres fiercely to Salafism, and it rejects the legitimacy of other sects of Sunni Islam, including Deobandism. By contrast, most South Asian militant groups are Deobandi and closely allied with al-Qaeda. For these reasons, South Asian military groups will not exactly welcome ISIS to their neighbourhood with open arms.

Still, let’s not get complacent. There are three distinct scenarios under which ISIS could position itself to become a potent force in South Asia.

Jihadist outfits in South Asia, and particularly the Afghan and Pakistani Taliban, are notoriously fractured. Several renegade factions, no longer tethered to al-Qaeda, have announced their allegiance to ISIS. That’s no surprise. As I have written previously, Taliban splinter groups are remarkably similar to ISIS in their particularly barbaric acts and the technological savvy with which they publicise them on social media.

As analyst Arif Rafiq has pointed out, a variety of disaffected jihadists could conceivably enter the ISIS fold. These include “disgruntled commanders” of the Haqqani network and members of Lashkar-e-Taiba (LeT) – a Salafist organisation with links to Pakistani intelligence – frustrated that the group is not attacking India. Another potential set of candidates are Afghan Taliban hardliners that could abandon their organisation should it pursue reconciliation with the Afghan government.

Admittedly, many South Asian militants’ pledges of allegiance to or support for ISIS are merely rhetorical and have sometimes been mistaken for formal expressions of allegiance. There is little reason to believe anything will come of them. However, ISIS has formally integrated renegade South Asian militant leaders into its ranks. They include Hafiz Saeed Khan and Abdul Rauf Khadim, appointed by ISIS as the top leaders of the Khorasan faction. Khan is a former Pakistani Taliban commander, while Khadim — who was killed in a drone strike in Afghanistan earlier this month — is a former Afghan Taliban leader and a Guantánamo detainee. Additionally, Mufti Hassan Swati, a Peshawar-based leader of the Khorasan faction, has been affiliated with Ahrar-ul-Hind — a Pakistani Taliban splinter group established last year.

Despite their very serious differences with the group, South Asia’s major militant organisations could forge marriages of convenience with ISIS. Within South Asia’s murky militant milieu, alliances and rivalries are anything but permanent. The Afghan and Pakistani Taliban are ideological allies and operational partners, but they often disagree with each other’s tactics – the former has accused the latter of being too barbaric – and have even fought against each other. The Haqqani network has ties to Pakistani intelligence, but some years back, the group, then led by a young commander named Baitullah Mehsud — later the anti-state Pakistani Taliban’s first supreme leader — took up arms against the Pakistani military. Additionally, rival factions of the Pakistani Taliban have fought each other, only to later seek reconciliation.

South Asian militants have a lengthy track record of shifting allegiances. In recent years, Ilyas Kashmiri, Asmatullah Muawiya, and Mast Gul — all one-time strategic assets of the Pakistani state — have renounced their ties to their patrons, and shifted their support to the anti-state al-Qaeda and Pakistani Taliban.

Stripped down to basic ideologies and tactics, there is little that separates South Asian militant groups from ISIS. There are already indications that Pakistani jihadist groups have been incorporated into ISIS’s operational and strategic plans.

Security analysts contend that Lashkar-e-Jhangvi (LeJ), arguably Pakistan’s most powerful sectarian extremist group, is fighting for ISIS in Iraq. Recall as well that ISIS has invoked the name of Aafia Siddiqui in its proposed prisoner exchanges. Siddiqui, a Pakistani woman imprisoned in Texas on terrorism charges, is a cause célèbre in Pakistan — but outside of that country, relatively few people, including militants, say much about her. This suggests the presence of Pakistanis within ISIS’s ranks, or at least an effort to recruit them.

Even the most significant barrier to cooperation between South Asian militant groups and ISIS — the former’s close ties to al-Qaeda and the latter’s estrangement from it — may be surmountable. Recall the militants who terrorised Paris last month. While the two men that attacked the Charlie Hebdo office claimed allegiance to al-Qaeda’s Yemen affiliate, the man who assaulted the kosher grocery store — and who appears to have coordinated his actions with the Charlie Hebdo attackers — was linked to ISIS. Apparently ISIS’s split from al-Qaeda does not preclude collaboration.

ISIS’s operations have largely been restricted to Syria and Iraq. It has given little indication, despite bluster and threats to the contrary, that it intends to expand its operations beyond the Middle East and North Africa (MENA). However, ISIS could discard this parochial strategy in favor of one that pursues affiliates around the world. In South Asia, this could bring more strategic direction — not to mention arms, money, and manpower — to ISIS’s Khorasan unit in Afghanistan and Pakistan.

There are several reasons to fear that ISIS might go global. First, it is already expanding its reach across MENA. In recent months, it has staged attacks in Lebanon and Libya, and formally announced its presence in five different areas of MENA. Second, one of the group’s chief objectives — governing the large areas it controls in Syria and Iraq — has become increasingly difficult. Reports are emerging of breakdowns in basic services in areas it controls, and the group is starting to suffer battlefield defeats near its strongholds, such as the Syrian town of Kobani. These travails, should they intensify, may convince the group that terrorising territory worldwide makes as much sense as taking it over locally. In effect, a frustrated ISIS may conclude that blowing things up in Rawalpindi is just as appealing as nation-building in Raqqa.

To be sure, even if all three of the scenarios outlined above materialise — and that is a big if — ISIS would still struggle to strike it rich in South Asia. It would face daunting region-specific challenges, including a less sectarian environment than the one it has expertly exploited in Syria and Iraq, as well as security forces that, unlike those in Iraq, would be willing to fight the group from the start.

However, even if ISIS fails to comfortably set up shop in South Asia, its mere attempt to assert itself could bring much bloodshed. Jihadists pledging support to ISIS could battle with those rejecting it. ISIS may try to one-up al-Qaeda’s new South Asia affiliate, al-Qaeda in the Indian subcontinent, which claimed responsibility for an assault on Pakistani naval assets last year, by ordering attacks in the region. ISIS’s efforts to gain a foothold in South Asia could provoke a bloody regional turf war.

In effect, ISIS could destabilise South Asia even if its bid to achieve pre-eminence there falls short.