Home  »  Newspaper Articles   »   The News on Sunday clearly states: “Taliban are just one such example of the Deobandi persuasion.” 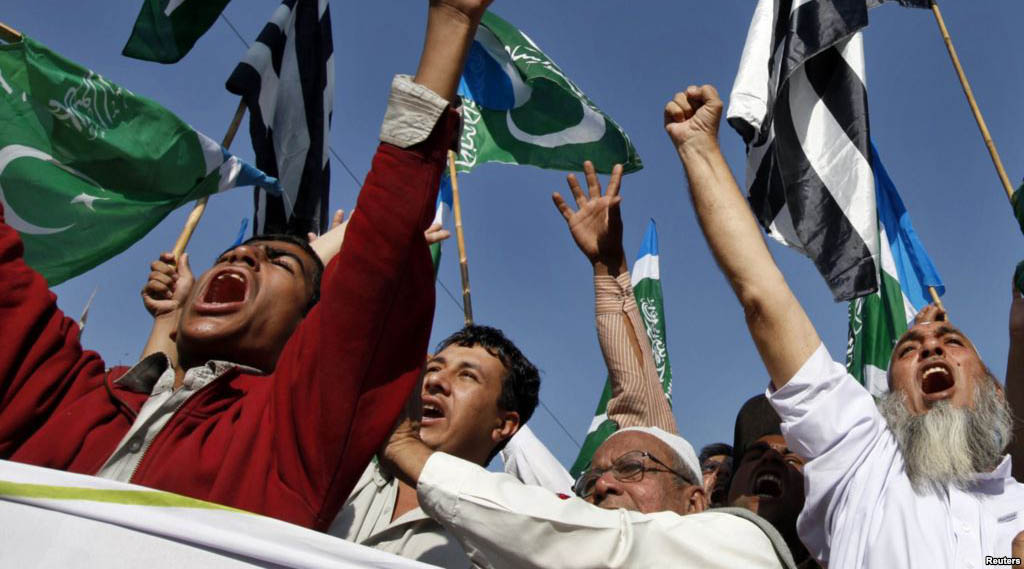 Eyebrows are raised when secularism and Islam are discussed jointly. Like several other political concepts, secularism is widely diffused but poorly understood. Theoretically, secularism denotes a binary division between religion and state into watertight compartments. Put differently, secularism is when religion neither guides legislation nor does state machinery implements religious injunctions. Thus, here religion becomes purely personal affair with state nothing to do with.

The state does not concern itself with the question whether one practices religion or not; the choice is individualistic. The beauty of secularism is that it is not the fallible government but the infallible Allah who judges you on the count of religion.

A secular Muslim is a person who believes that the government should not intervene in his/her relationship with Allah. The reason that professing oneself to be a secular Muslim remains something of a taboo is intimately associated with our false understanding of secularism.

In Pakistan, this partially owes to the extensive use of Urdu dictionaries which describe secularism as la deeniat meaning “no religion.” By implication, this means that a secular is a person who professes no religion. Seen this way, whereby a secular person is considered equivalent to being an atheist — an erroneous notion — a Muslim can never be secular; nor can a Christian, Jew and Hindu or the follower of any other religion.

In Pakistan, aversion to secularism emanates from our incorrect understanding of the concept and the fear that secularism endangers Islamic identity. This apprehension is unfounded. In fact, secularism does not refrain one from exercising religion in private capacity. Rather it keeps the state machinery at bay from indulging in the public display of religion.

The need for secularism is utilitarian. Our seven-decade old history reminds us of our inability to agree either on a unanimous interpretation of Islam or concede to its diverse tradition.

Further, in practical world, states are comparatively more or less secular. Although not constitutionally mandated, American president still takes oath of office on the Bible. Likewise, in his/her capacity as “Defender of the Faith and Supreme Governor of the Church of England” the British Monarch must be a full and confirmed member of Church of England.

Similarly, in today’s world, states are comparatively more or less Islamic. As a matter of fact, there are 56 Muslim majority states with none run through Islamic Shariah.

In the case of Pakistan, the state-led Islamism of the Sunni variety has not only alienated its Shia minority but has also led to the divisive question of as to which sect should prevail in the business of state even among the Sunni majority. The three major sects among the Sunnis, ranging from Barelvi to Deobandi to Ahle Hadith, have several radical fringe groups. Taliban are just one such example of the Deobandi persuasion. In such state of affairs, state has been losing its professional capacity embedded in its strict adherence to neutrality.

The zero sum game is in high gear. In law making, state’s preference to one sect is gain to one sect but loss to its other sectarian counterparts. Pakistan’s chequered history stands as a testimony to the effect that the state aggressive involvement in the religious affairs has intensified the otherwise dormant religious-cum-sectarian differences.

The relative peace in the realm of sectarian arena prior to Zia’s Islamisation and its absence in the aftermath of Zia’s “Sunni orthodoxy” is a stark reminder of the inescapable reality that state intervention in religious domain has called for disaster. In fact, sectarian rivalry among the Pakistani Muslims is reminiscent of Europe’s Reformation and Counter Reformation.

While the West could not find peace in the amalgamation of state with the church, it found one in their separation. It is here that we should take a leaf out of Western book by demarcating a line between the state and the mosque. Secularism does not make one irreligious rather it guarantees religious freedom to everyone without any discrimination. It leaves the room for being a good religious being out of personal choice than state compulsion.

The need for secularism is utilitarian. Our seven-decade old history reminds us of our inability to agree either on a unanimous interpretation of Islam or concede to its diverse tradition. Far from that, every passing day renders religious and doctrinal differences among various schools of religious thoughts more irreconcilable.

As western experience demonstrates that with religion being confined to private sphere, the disruptive question of which sect — Catholic or Protestant — to prevail in the state affairs was laid to rest. In European context, secularism resulted in peace, progress and prosperity.