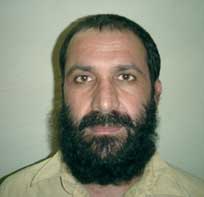 The February 15 killing of the most wanted ameer of Balochistan chapter of the Lashkar-e-Jhangvi (LeJ), Usman Saifullah Kurd, is a major blow to the al-Qaeda linked terrorist outfit which has let loose a bloody reign of terror in almost every nook and corner of Pakistan for over a decade now, generally targeting the Shia community.

A former right hand man of the founding LeJ ameer, Riaz Basra, and considered close to Malik Mohammad Ishaq, the moving spirit behind the lethal Lashkar-e-Jhangvi now-a-days, Usman Saifullah Kurd was killed in a clash with paramilitary troops in the Sariab Road neighbourhood of Quetta on Sunday. The Frontier Corps (FC) had cordoned off a hotel in the Gahi Chowk area where Kurd was having lunch, prompting the LeJ leader and his accomplice to open fire on the security forces personnel, which retaliated and killed Kurd and his aide. Carrying Rs5 million head money for his involvement in 36 high profile cases of terrorism including suicide attacks and bombings at Shia mosques in Quetta and other areas of Balochistan Kurd was also the mastermind of the January 30, 2015 Imambargah bombing in Lakhi Dar area of Shikarpur which had killed 60-plus people.

A Quetta anti-terrorism court had sentenced to death Usman Kurd and his second-in-command, Dawood Badini, on November 8, 2003 for masterminding two terror attacks in the city that killed 65 people. However, Kurd escaped from the high security jail of the Anti-Terrorism Force (ATF) [which is located in Quetta Cantonment] on January 18, 2008 along with his second-in-command, Dawood Badini, who carries a Rs2.5 million head money. Badini is not only the nephew of the 9/11 mastermind, Khalid Sheikh Mohammad, but also the brother-in-law of Ramzi Yousaf, the mastermind of the first terrorist attack on the World Trade Center in New York in 1993. Ramzi was arrested from an Islamabad guesthouse in 1995 and extradited to the US. While Dawood Badini was nabbed by the Sindh Rangers from Karachi on June 12, 2003, Usman Kurd was arrested by the Criminal Investigation Unit of the Karachi Police from Mauripur area of Karachi on June 22, 2006.

Dawood Badini’s arrest was announced by then Director-General Sindh Rangers Maj Gen Javed Zia at a press conference in Karachi on June 14, 2004. During subsequent interrogation Badini, whose father Maulvi Amir Hamza was an active leader of the Sipah-e-Sahaba Pakistan (SSP), had confessed to planning three major terrorist acts in Quetta in 2003 – targeting a police vehicle on June 8, 2003 [killing 12 policemen], dispatching a bomber to a Quetta Imambargah on July 4, 2003 [killing 51 people] and targeting a big Ashura procession in Quetta with the help of two suicide bombers on March 2, 2004 [killing 46 Shia mourners].

On his part, Usman Saifullah Kurd s/o Muhammad Noor, had confessed during interrogations after his June 2006 arrest to having trained a large group of target killers and suicide bombers with a view to step up attacks on the Shia Hazaras in Balochistan, especially in Quetta. Usman Saifullah Kurd had also confessed to planning dozens of suicide attacks on Shia religious processions and Shia Imambargahs, besides having ordered the killing of professionals, police cadets and political activists, a majority of whom were Hazaras. The sectarian attacks in Quetta had virtually been stopped following the arrests of Kurd and Badini. However, quite unfortunately, both the LeJ men had managed to escape under mysterious circumstances on January 18, 2008 after breaking their jail which was located in the high security zone of Quetta Cantonment where no one can go without a pass.

While Shafiqur Rehman Rind was rearrested by the Balochistan police six months later [in July 2008], Usman Kurd and Dawood Badini were freely pursuing their anti-Shia Hazara agenda in Balochistan.

According to well-informed sources in the law enforcement agencies, there is credible evidence to suggest that Usman Kurd was constantly in touch with Malik Mohammad Ishaq over phone. They added that the upsurge in anti-Shia Hazara incidents in Quetta actually intensified ever since Malik Ishaq was bailed out by the Supreme Court on July 14, 2011 after spending 14 years in jail. Charged with involvement in over 100 sectarian murders, he was released by the court due to lack of credible evidence against him. Ishaq’s release instantly caused sectarian tensions that were prompted by the anti-Shia sermons he started delivering while touring parts of Punjab, coupled with the release of a threatening letter addressed to the Shia Hazaras living in Quetta. Circulated openly in the Shia Hazara-dominated areas of Quetta, the letter had warned the residents “either to leave Balochistan or to get prepared for more violence as the LeJ will be intensifying the ‘holy war’ against the Shia Hazaras, similar to the one waged by the Afghan Taliban led by Mullah Mohammad Omar against the Shia Hazaras in Bamiyan and Ghazni provinces of Afghanistan’.

Following the January 10, 2013 suicide bombing on the Alamdar Road in Quetta which killed 103 Shia Hazaras, the LeJ spokesman Abu Bakar Siddiq had not only claimed responsibility for the incident but also reminded that the Hazaras had been warned to leave Balochistan by the end of 2012 or face severe consequences. “Many of the Hazara enemies had fled but there were those who decided to stay back as they loved their jobs and properties. God willing, the Lashkar will not allow any of these Hazaras to leave Balochistan alive”, he added.

Following the February 16, 2013 carnage of 111 more Shia Hazaras in Quetta, the LeJ spokesman said in his responsibility claim: “Today’s suicide attack was the second in a series of deadly bombings against Shia Hazaras. God willing, we will continue to conduct such stunning attacks to ensure that the enemies will not be able to flee Balochistan alive”.

Subsequent investigations into the Quetta suicide bombings targeting Shia Hazaras had revealed that before Usman Kurd had been in constant touch with Malik Ishaq over phone before these attacks. It further transpired that the explosive laden water tanker which was used in the February 16, 2013 Quetta blast [that killed 111 Shia Hazaras] was assembled by the LeJ operatives in the Akbari Mandi area of Lahore. He said two of the four LeJ men who had been involved in the gory incident and killed in a shootout by the security forces a day after the February 2013 carnage, belonged to Rahim Yar Khan – the native district of Malik Ishaq and Maulana Ahmed Ludhianvi, the president of the Ahle Sunnat Wal Jamaat (ASWJ), of which Ishaq is the vice president. However, Malik Ishaq’s close associates insist that the police have failed to substantiate any of these allegations. But whatever the truth may be, the fact remains that the killing of Usman Saifullah Kurd has literally broken the back of Lashkar-e-Jhangvi as far as Balochistan is concerned.