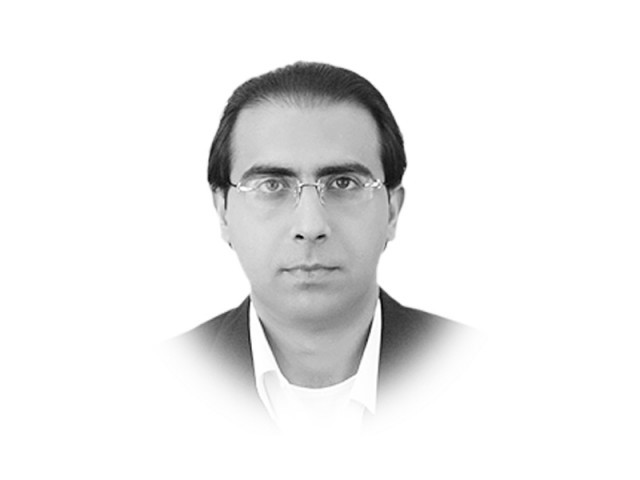 ‘Pakistan’s 9/11’, ‘Never again’, ‘united we stand’ and similar expressions of resolve and the severity of the situation post-APS, Peshawar were all natural, and perhaps justified in that moment of grief, and above all, horror. The All Parties Conference, the National Action Plan, the moving to tear tribute songs; it was ‘the’ moment. Except, it wasn’t. We perhaps, have spent all our outrage post-APS, Peshawar. Shikarpur happened weeks later, and the Media could not cover it because of the hysterics and silly frolics of two of our National leaders were keeping us busy. Sixty people died in Shikarpur. They were Shia. Peshawar has happened again, it is murder again this time, and those dead are Shia. It is a pity that they had to die just before the World Cup; nobody has the time for remorse, grief or horror. The Nation is bleeding green, while the Shias simply bleed.

Language gives much away. Many on the Media were conflicted between using ‘Shaheed’ (Martyr) and ‘Jaan Bahaq’ (dead) for those who died in the imambargah in Peshawar. Bewildered, they ask, why were namazis killed? Who can do such a heinous act? One would have thought them to be hopelessly naive, if one didn’t know better. Let us still break it down for them: they were killed because they were Shia, by extremists who believe themselves to be devout Muslims and further believe that the Shias are ‘kafir’ (infidels) and ‘wajibul qatl’ (liable to be murdered). Elevated talk of proxy wars, ‘sectarian violence’ and global politics does not obscure the fact that there are people, seemingly reasonable and formally educated, who believe that Shias are infidels and practice unsavoury rituals and are part of some secret conspiracy; you and I know these people and have heard many of them on national television and read them in mainstream Urdu papers.

They do not openly advocate murder, yet are expert proponents of the second worst thing: demonising and ‘otherising’. To mention the sect of those killed is to create ‘sectarian strife’, sometimes, it seems is worse than the killing itself. Since the killers are part of a global conspiracy to destabilise Pakistan and fuel ‘sectarian violence’.

Shias in Pakistan are not mainstream, the State does not own them, and the Shias who make it to the top do it in spite of being Shia and in most cases, change the topic when personal beliefs are brought up.

The entire point of ‘defining moments’ and tribute songs is to humanise the conflict and the loss. We managed to do it admirably post-APS, Peshawar. Yet, with the systematic killing of the Shia, we are unwilling to humanise them, and insist upon a language that makes them victims of some (partly imagined) global conflict. The dead are mere statistics. ‘innocent citizens’, ‘Pakistanis’ and many other terms are used to refer to those killed in imambargahs by all of our National leaders except the obvious: ‘Shias were killed for being Shias.’

An essay of Jean-Paul Sartre, “Reflexions sur la question juive” or “Anti-Semite and Jew” that I have previously relied upon in this context is worth repeating to our democratic leaders and their condemnations of the murder of Shias. Sartre writes about the democrat being a “feeble protector” of the Jews being persecuted, “The democrat says, ‘There are no Jews’, and he says, ‘there is no Jewish question’. This means that he wants to separate the Jew from his religion, from his family, from his ethnic community, in order to plunge him into the democratic crucible whence he will emerge naked and alone, an individual and solitary particle like all the other particles.”

To dehumanise the victim is to abandon her. The Shias are dehumanised in life by the ASWJ and LeJ affiliates, for whom they are nothing but embodiment of ‘kuffar’ and then dehumanised in death by well-meaning, ‘patriotic democrats’ by lumping them in a large pool of the entire citizenry, obscuring the reason for their murder and their identities.

In a real National Action Plan, the prime minister will first admit to the mass killing of the Shias, and then assert that nobody will be allowed to brand anyone else a ‘kafir’ or give any pronouncements on the faith of anyone else; anyone who tries this will have to face the might of the State. The prime minister cannot do that. Punjab has to be kept safe. The ASWJ and the SSP might not bring a lot of seats; however, they do bring votes. The prime minister cannot do that because the State can’t. The State has practised ‘takfir’, most notably while declaring the Ahmadis ‘kafirs’. If and when the real National Action Plan finally comes, it will start with the State apologising and giving the solemn guarantee that giving proclamations on personal faith is none of the State’s business. Sounds despairingly naive and idealistic at this point, right? It is, and so is the situation in our fight against the enemy.

What about General Musharraf’s recent tell-all? Admitting that the Pakistani security establishment “cultivated” the Taliban in his tenure. Why has hell not broken loose and heavens not crumbled? Because firstly, we already knew that, and secondly, as a former army chief, he has impunity and the gallant media warriors cannot brand him as a foreign traitor, agent, etc. Who will apologise for this? No one will. The harvest of this and past cultivation are the namazis in imambargahs in Rawalpindi, Shikarpur and Peshawar.

Shias are not the only groups under attack in Pakistan. Everyone is under attack, to a varying degree though. Yet, some are more vulnerable for now than others. To be dishonest to one victim of murder will and does lead to dishonesty about all victims of the same murderer. It is the job of the politician to play petty politics over dead bodies and it is sickening to see the circus of provincial versus federal government responsibility to protect. In times of war, leaders rise above petty point-scoring or they don’t; and nations do sink and states fail. As long as the ASWJ and LEJ leaders have government protocol and societal deference, this battle is a losing one; and not just for one group of the killed but for all.

Fortunately, we do have the distraction of the World Cup, so prepare for the ‘War’ on Sunday and bleed green, and try not to remember that the Shias in Peshawar simply bleed.