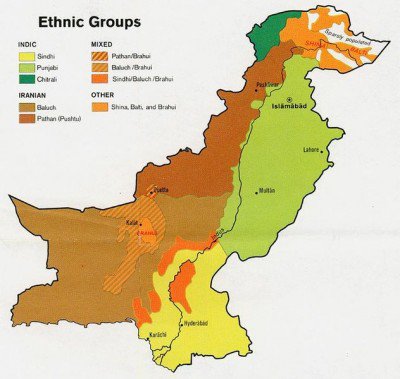 By all standards, human rights abuse in Pakistan particularly against the Shia population is taking a horrendous momentum with the government keeping silent on the ongoing bloodbath.

On Friday, over 60 worshippers were martyred and 60 others injured in an explosion inside a central Imambargah Shia mosque in Shikarpur district of Sindh province in Pakistan.

The Takfiri group Jundallah, a splinter group of Tehreek-e-Taliban Pakistan (TTP) has claimed responsibility for the carnage.

“Our target was the Shia mosque … They are our enemies,” said Jundallah spokesman Fahad Marwat.

Intimately affiliated with the ISIL in carrying out their brutalities including beheading and blinding their victims, Jundallah forged an alliance with its sister group ISIL after meeting a three-man delegation representing the group led by al Zubair al Kuwaiti.

“They (Islamic State) are our brothers, whatever plan they have we will support them,” Jundallah spokesperson Fahad Marwat said.

The same terrorist group is also affiliated with Mossad.

In January 2012, Mark Perry revealed the link between Jundallah and Mossad and how Israeli Mossad officers recruited operatives belonging to the terrorist group Jundallah by passing themselves off as American agents. According to two US intelligence officials, “the Israelis, flush with American dollars and toting U.S. passports, posed as CIA officers in recruiting Jundallah operatives — what is commonly referred to as a false flag operation.”

It is deplorable to see that the Shia population is getting weaker and weaker every day as the government is not making any concrete steps to put an end to this inhumane catastrophe. Is the government unreservedly defending the massacres? What is the role of ISI in fermenting this plight?

Owing to the government’s tacit agreement to otherize the Shia Muslims, the Shia leaders have acquired conviction that the government is not to be trusted and that they need to form a united front against the Takfiri terrorists in the country.

Hasan Zaffar, a prominent Shia cleric, has taken a blistering swipe at the Pakistani government, saying, “The government has proven to be utterly useless and the Shia community is very vulnerable. We need to raise a community of volunteers and scouts for security duties.”

Amin Shaheedi, another prominent Shia cleric who has organized public protests to demand greater protection for the community, said: “The questions are, where was the police at the time of the attack? We have no protection. We have to protect ourselves.”

The 92,000 classified US military documents released by the whistle-blowing WikiLeaks and subsequently splashed on many websites in 2010 reveal the role of Pakistani government in conducing to chaos and extremism in Afghanistan and naturally in Pakistan. According to the reports, “The Taliban are stronger than ever and a crucial component of their success is the support they receive from Pakistan’s Inter-Services Intelligence (ISI). The military spy agency nurtured the Taliban in the 1990s and has maintained ties to the group ever since.”

The root causes of extremism are traceable in the emergence of Lashkar-e-Jhangvi (LeJ) founded by Haq Nawaz Jhangvi, who spearheaded the anti-Shia campaign in the 1980s under the aegis of Pakistan’s former military leader, General Zia ul-Haq. And they have been killing the Shia Muslims since then. And groups such as Jamaat-e-Islami, Jamiat Ulema-e-Islam (JUI), and ASWJ/Sipah-e-Sahaba are ideologically interrelated and follow the same perverse policies.

In June 2011, Lashkar-e-Jhangvi (LeJ) in alliance with Al-Qaeda released an open letter in which they declared that all Shias deserve to be killed: “All Shias are wajib-ul-qatl (worthy of killing). We will rid Pakistan of [this] unclean people. Pakistan means land of the pure, and the Shias have no right to be here. We have the fatwa and signatures of the revered ulema in which the Shias have been declared kaafir [infidel].”

In point of fact, Saudi Arabia was an ardent supporter of Zia ul-Haq’s government and his radicalization policy. Besides, the leaked US cables show that extremist groups operating on Pakistani soil, such as al-Qaeda, the Taliban and Lashkar-e-Taiba (LeT) “probably raise millions of dollars” each year in Saudi Arabia.

Under Mohammad Zia-ul-Haq, the ties between Pakistan and Saudi Arabia were immeasurably expanded. A dictator who had usurped power through staging a coup and overthrowing Zulfikar Ali Bhutto in 1977 with the support of the CIA, Zia-ul-Haq, an affiliate of the Deobandi School, was financed by Riyadh to help spread Wahhabism in the country. During his long tenure, he visited Saudi Arabia 27 times. To promote Wahhabism, the Saudis funded new mosques and seminaries and employed Pakistani labor in Arab countries in the country.

The legacy of Zia ul-Haq is still clearly discernible in Pakistan. To crown it all, the anti-Shia campaign which Zia al-Haq started is still being financed by Saudi Arabia.

Further to that, there are tangible efforts by western media to depict the Shia killing in Pakistan as the consequence of an appalling rift deepening between Sunni and Shia Muslims in the country.

Wahhabism is exacting an inconceivable human toll in Pakistan and other parts of the world corrupted by this mindset. Wahhabism is a far cry from Islam and any attempts to ascribe this ideology to the faith which is lexically and essentially rooted in peace are doomed to fail.

The Shia Muslims in Pakistan are victims of a demonic dogma called Wahhabism and as long as the Pakistani government turns a deaf ear and eye to the plight of this persecuted population, there is little hope for them and this irresponsibility on the part of the government will categorically turn into a tragedy of epic proportions.