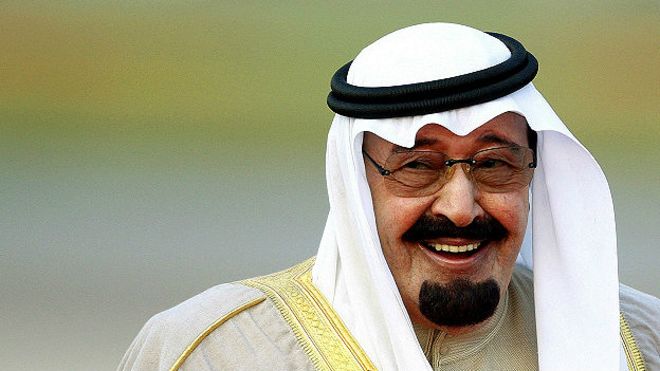 “What do you call the unelected leader of a state that beheads people in public, permits only one faith and exports an extreme form of Islam to other countries? If he happens to be Abu Bakr al Baghdadi, self-appointed caliph of Islamic State (Isis), the answer is one of the world’s most wanted terrorists. If he is King Salman bin Abdulaziz al-Saud, the proper form of address is “Your Majesty”. Are we all clear about that? Me neither.” http://www.independent.co.uk/…/king-abdullah-dead-we-cant-a…

Obfuscators are urgently required. I request Pakistani Sufyani Liberals and Muawiya Marxists to come to the Defense of the Legacy of the “Reformist” “Peace” “Moderate” Caliph, ooops, King of Saudi Arabia.

I request that Islamic history that deals with the Foundation of Caliphate should be abolished so the world never learns from History. History is Haraam! (forbidden)

Now I understand why great Kings of Saudi Arabia promote and fund Salafism and Deobandism worldwide – both related sects which want to obliterate history by even destroying the grave of the Holy Prophet!

We should all be relieved that we never have to mention King Abdullah and his Piss Boy, Nawaz Sharif for their role in creating, spreading, funding promoting, entertaining and protecting groups like ISIS/Jabat al Nusra/FSA, Boko Haram, Taliban, ASWJ-LeJ, Al Qaeda.

When many newspapers and blogs worldwide are taking President Obama, SoS Kerry, the Clintons, PM Cameroon etc to task for their flattery of King Abdullah, some Pakistani liberals have may figured out the perfect way to deflect this growing criticism of Al-King Abdullah and Saudi Arabia.

King Abdullah was not from Saudi Arabia. He was actually the joint king of Iran and Latin America. The real kings of Saudi Arabia are actually the ghosts of Hugo Chavez and Ayatullah Khomeini while King Abdullah was actually a Shia! Anyone who does not want to launch 50 Nukes on Venezuela, Chile, Iran and Timbuktu is an apologist for ISIS which is being supported by Hizbullah in Syria, Iraq and Ireland – where Hassan Nasrallah along with the Sons of Anarchy are rebuilding the IRA.

Well, Pakistan’s Sufyani Liberals never actually said these exact things. But their propensity to conflate, create strawmens, misdirect, misattribute and deflect and generally obfuscate are truly admirable qualities that bring out the Jamaati in all of us.

King Abdullah is dead but King Salman is alive if not exactly lucid. Well, as long as he can sign checks, Pakistan’s Sufyani liberals should feel exited. We live in interesting times and now is the time to latch on to the teats of Wahabi Saudi funding. Amnesty International (allegedly) had done so so why can’t Pakistani liberals. If Prince Charles can look ridiculous in Saudi tribal dress, then Nawaz Sharif can also wear a Burqa like his buddy in the Lal Masjid, Maulana Abdul Aziz.