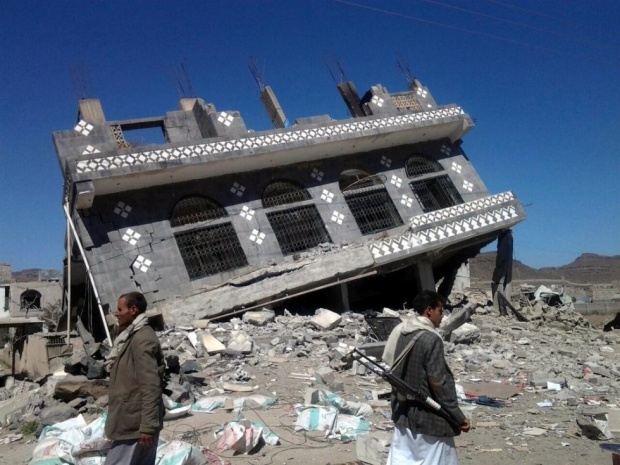 “US drone strikes in Yemen, largely unmonitored by the West’s media, were directed against al-Qaeda, supposedly on behalf of the Saudi-supported Yemeni government. But in December 2009, Houthi spokesmen began to catalogue a series of US raids against their own forces, including 29 air raids which killed 120 people in northern Yemeni cities.

The Houthi advance on Sanaa divided the government army’s strength – since it was now battling al-Qaeda (on behalf of the Americans) and the Houthis (on behalf of the Saudis). Al-Qaeda in the Arab Peninsula moved north to fight the Houthis, garnering Sunni support as it did so.

Yemen is not Syria. But America’s skewed comprehension of the Middle East has now produced a remarkably similar scenario: instead of the US trying to destroy both the Shia Alawite Assad regime and its Sunni Isis enemies in Syria, it now appears anxious to crush the Shia Zaidi Houthis and their Sunni al-Qaeda enemies in Yemen. The Saudis would have it no other way. ”