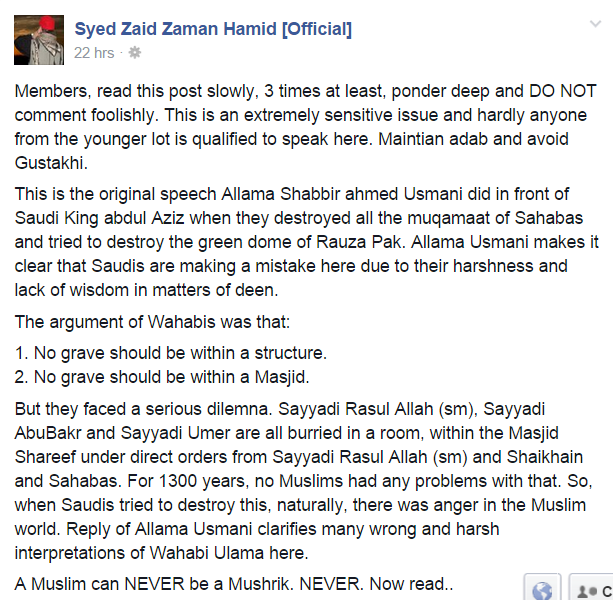 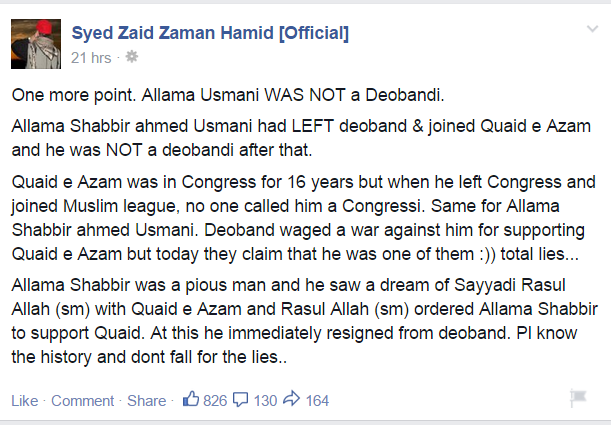 This is the original speech Allama Shabbir Ahmed Usmani did in front of Saudi (Wahhabi) King abdul Aziz when they destroyed all the muqamaat of Sahabas (and Ahle Bait) and tried to destroy the green dome of Rauza Pak. Allama Usmani makes it clear that Saudis are making a mistake here due to their harshness and lack of wisdom in matters of deen.

The argument of Wahabis was that:

But they faced a serious dilemna. Sayyadi Rasul Allah (sm), Sayyadi AbuBakr and Sayyadi Umer are all burried in a room, within the Masjid Shareef under direct orders from Sayyadi Rasul Allah (sm) and Shaikhain and Sahabas. For 1300 years, no Muslims had any problems with that. So, when Saudis tried to destroy this, naturally, there was anger in the Muslim world. Reply of Allama Usmani clarifies many wrong and harsh interpretations of Wahabi Ulama here. A Muslim can NEVER be a Mushrik!

One more point. Allama Usmani WAS NOT a Deobandi.

Allama Shabbir Ahmed Usmani had LEFT Deoband and joined Quaid e Azam and he was NOT a deobandi after that.

Quaid e Azam was in Congress for 16 years but when he left Congress and joined Muslim league, no one called him a Congressi. Same for Allama Shabbir ahmed Usmani. Deoband waged a war against him for supporting Quaid e Azam but today they claim that he was one of them :)) total lies… 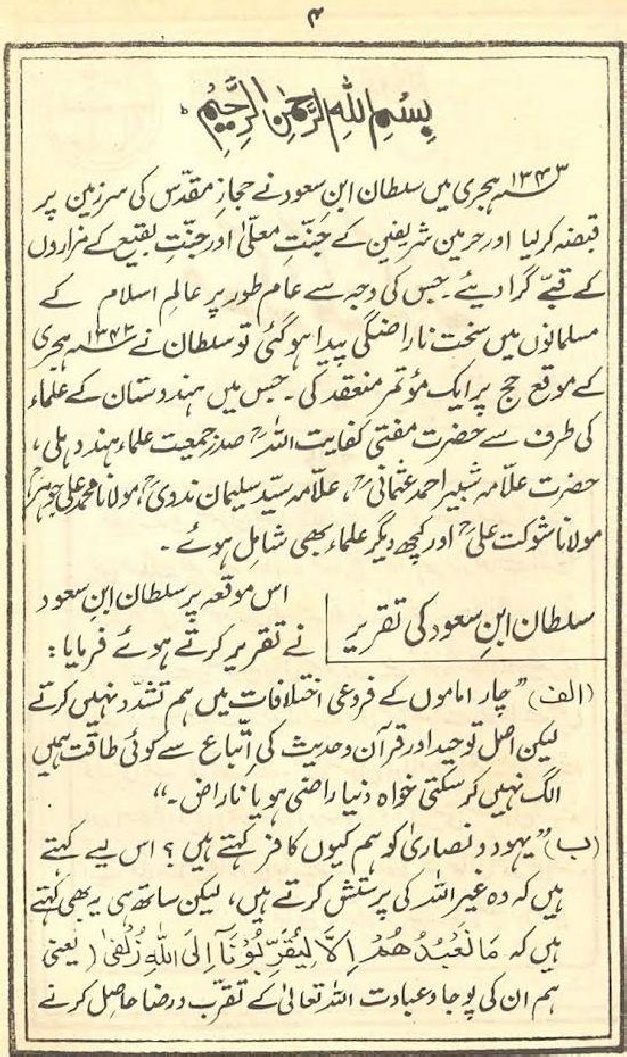 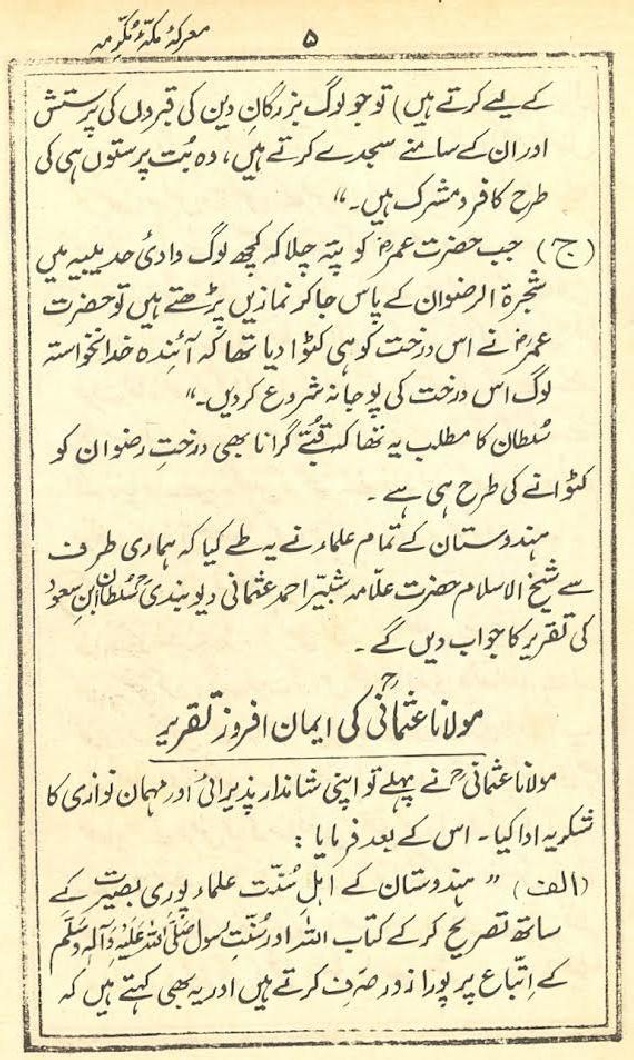 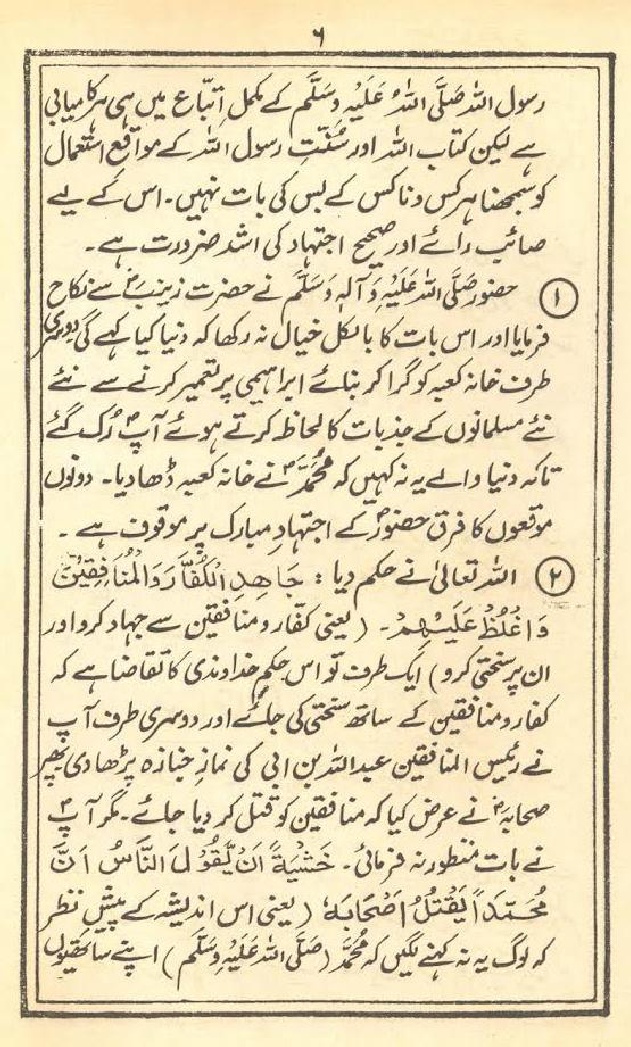 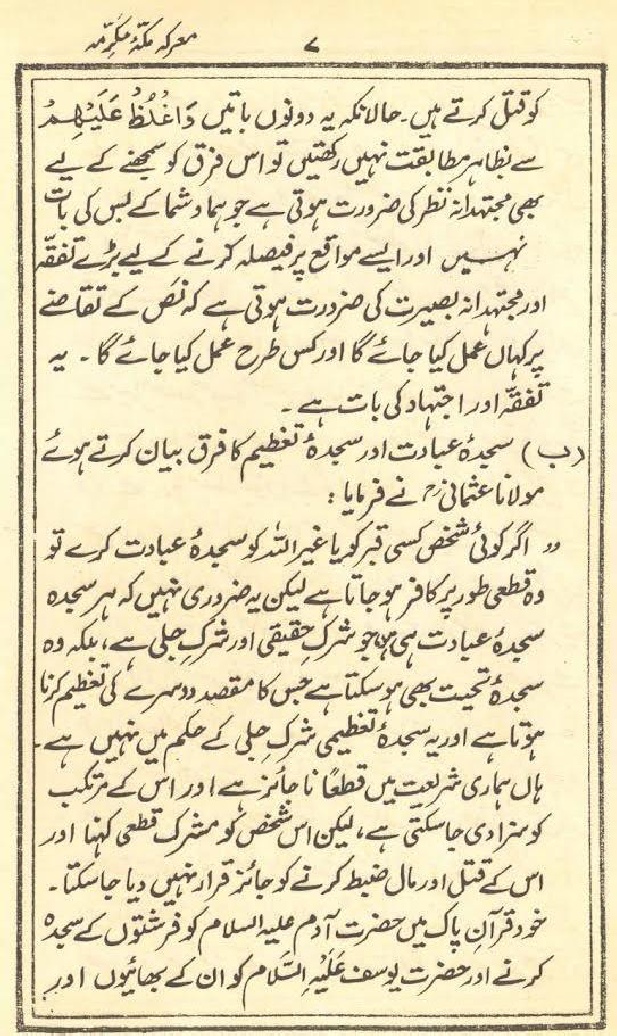 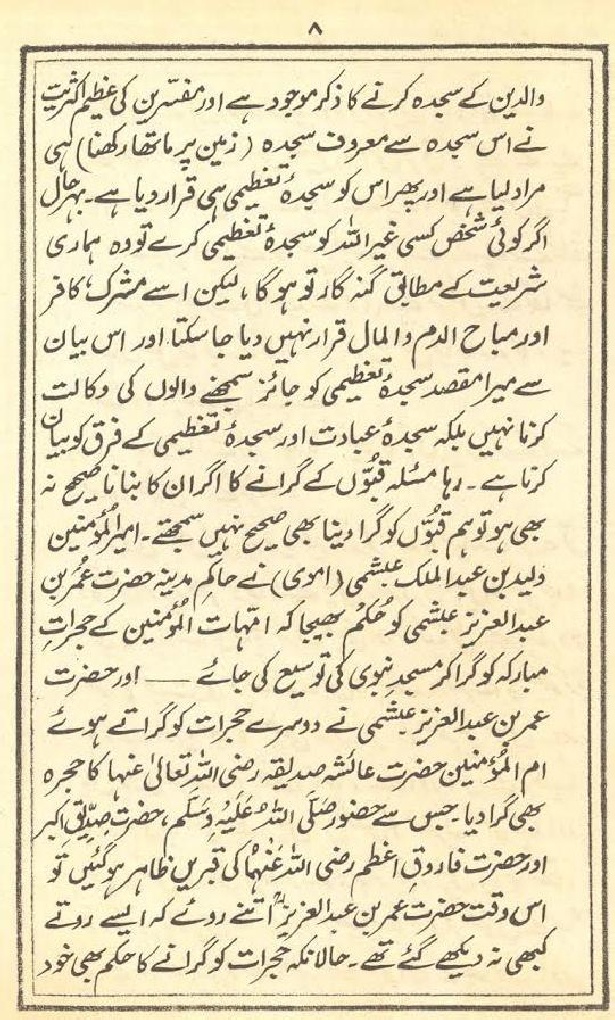 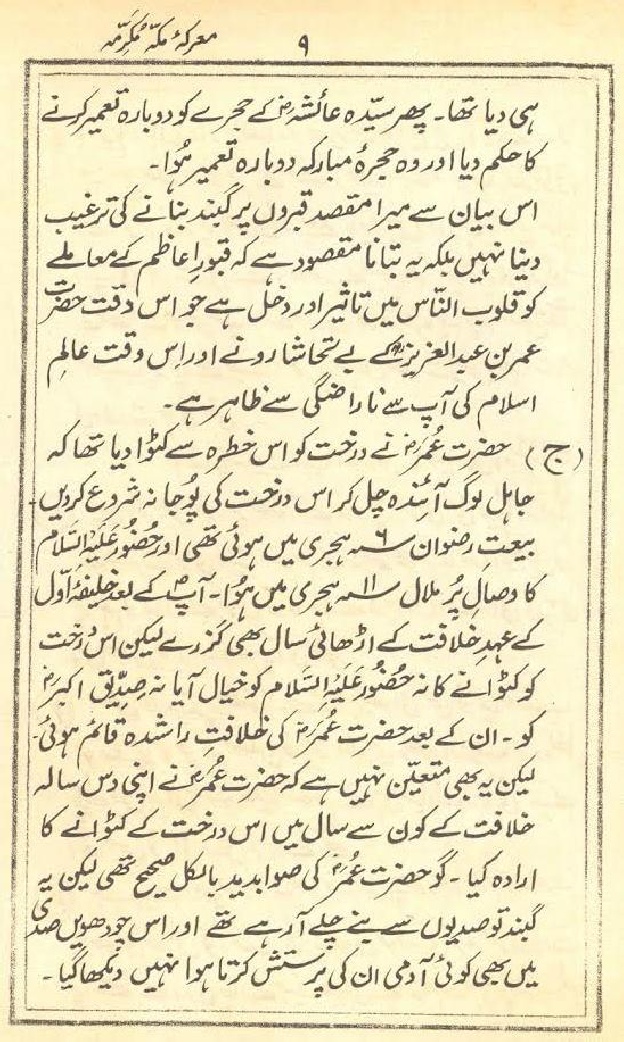 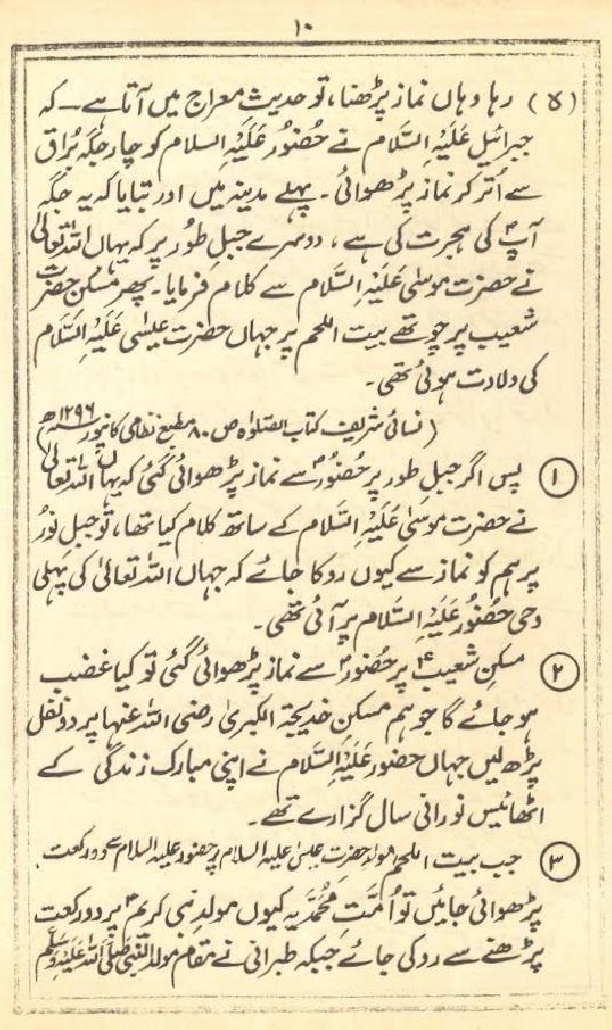 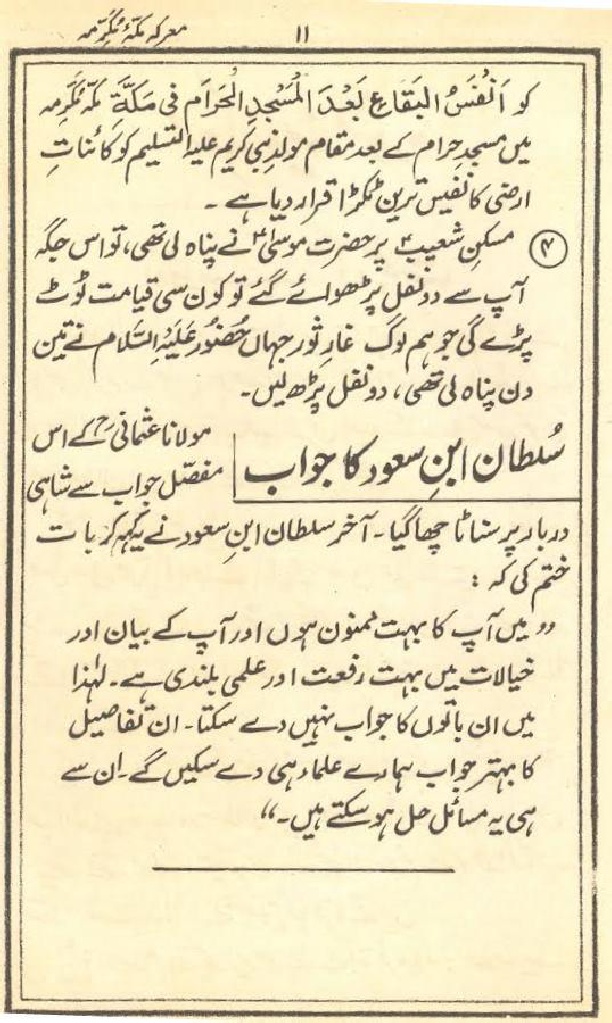