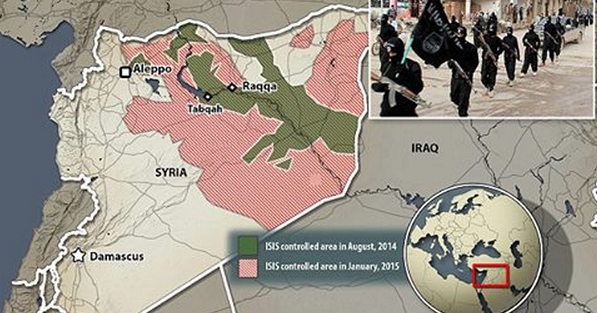 Apparently the West is “strategically” more interested in pushing the ISIS (Wahhabi Deobandi terrorists) away from the Turkish and Saudi borders and Kurdish and other parts of Iraq to where they were originally intended, enabled and designed for, i.e., to replace Assad in Damascus.
In that respect, USA, UK, France and other Western countries have been susccessful in their agenda.

The following report confirms that ISIS has almost doubled the land it controls in Syria since the US-led coalition began airstrikes against the extremist group in the summer, a new map has revealed. The Wahhabi Deobandi extremist group has continued to expand its ‘caliphate’, despite more than 800 airstrikes hitting targets in ISIS-controlled areas since last summer. The map, created by the Coalition for a Democratic Syria (CDS), shows just how much land has fallen to ISIS – which now has a third of the country under its control. Before the summer, the militants controlled just half that.

Of course, I don’t expect fake liberals, Deobandi apologists and West apologists to highlight West’s hypocritical and opportunistic approach towards transnational Wahhabi Deobandi terrorists and its continued partnership with Saudi Arabia. Some of them continue to bash Pakistan army on its strategic alliance with Deobandi and Wahhabi jihadists but cat takes their tongue away when it comes to West’s strategic alliance with Wahhabi and Deobandi jihadists.

In the meanwhile, let’s say a prayer for tens of thousands of Sunni Sufis, Shias, Yezidis and Christians massacred by ISIS in Syria and Iraq. There’s no ray of hope for them! 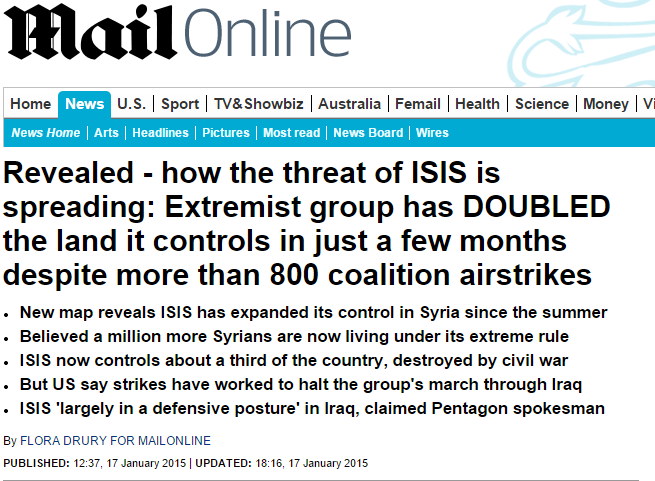