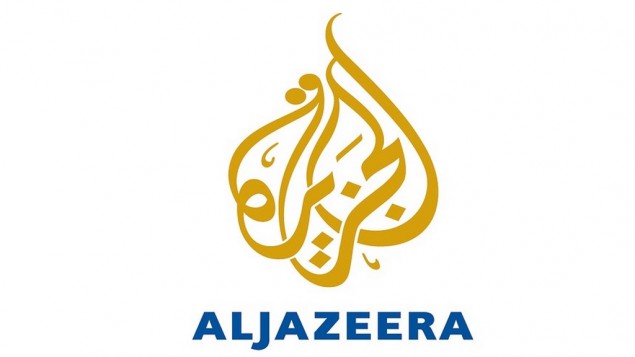 Leaked Al Jazeera emails obtained by a US magazine showed that the Qatari news outlet’s management was not eager to join the “Je suis Charlie” campaign following the attack on the satirical magazine’s offices in Paris, prompting a rift between employees over the network’s coverage of the massacre.

In the wake of the attack, which killed 12 people, “Je suis Charlie,” and the Twitter hashtag #JeSuisCharlie, emerged as a popular slogan of solidarity with victims and an expression of support for freedom of speech worldwide.

In the exchange, which began Thursday, Al Jazeera English editor and executive producer Salah-Aldeen Khadr sent a staff-wide email with guidelines on how the network would cover the terror attacks, the National Review Online reported Friday.

Khadr requested that his employees question if the massacre was “really an attack on free speech,” to examine whether “Je suis Charlie” was an “alienating slogan,” warn viewers against “making this a free speech aka ‘European Values’ under attack binary [sic],” and portray the attack as “a clash of extremist fringes.”

“Defending freedom of expression in the face of oppression is one thing; insisting on the right to be obnoxious and offensive just because you can is infantile,” Khadr wrote.

“Baiting extremists isn’t bravely defiant when your manner of doing so is more significant in offending millions of moderate people as well. And within a climate where violent response — however illegitimate — is a real risk, taking a goading stand on a principle virtually no one contests is worse than pointless: it’s pointlessly all about you,” he wrote in an email Thursday.

Khadr’s email sparked debate between Al-Jazeera employees, with some defending the controversial magazine and others accusing the cartoonists at Charlie Hebdo of baiting extremists with provocative depictions of Muslims and the Prophet Muhammad.

Al-Jazeera’s US-based correspondent Tom Ackerman responded to Khader hours later by quoting an excerpt from a January 7 New York Times blog post saying that satirical cartoons like the ones published by Charlie Hebdo must be published “because the murderers cannot be allowed for a single moment to think that their strategy can succeed.”

Ackerman’s defense of the magazine immediately elicited an angry response from Qatar-based correspondents, who defended Muslims offended by the cartoons.

“I guess if you insult 1.5 billion people chances are one of two of them will kill you,” Doha-based correspondent Mohamed Vall Salem wrote.

“And I guess if you encourage people to go on insulting 1.5 billion people about their most sacred icons then you just want more killings because as I said in 1.5 billion there will remain some fools who don’t abide by the laws or know about free speech,” he added.

Salem went on to say that Carlie Hebdo did not represent free speech, rather an abuse of it. “I condemn those heinous killings, but I’M NOT CHARLIE,” he wrote in a later email.

Her hashtag drew a furious response from “roving reporter” Omar Al Saleh. “First I condemn the brutal killing. But I AM NOT CHARLIE,” he wrote.

“JOURNALISM IS NOT A CRIME…INSULTISM IS NOT JOURNALISM…AND NOT DOING JOURNALISM PROPERLY IS CRIME,” Al Saleh wrote on Friday.

The leaked Al-Jazeera emails reveal the deep cultural rifts among the employees of the network, which has been accused of promoting an anti-Western agenda.