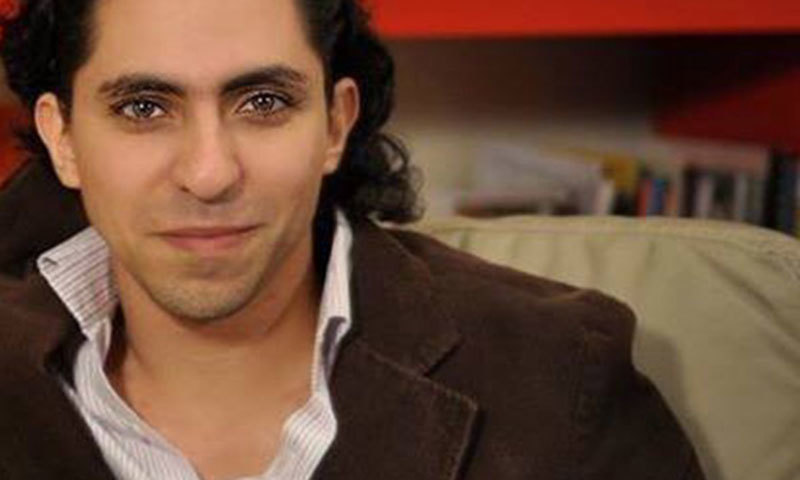 Editor’s note: World’s reaction to free speech appears to be hypocritical when we compare double standards on Charlie Hebdo and Saudi blogger. Many fake liberals refuse to acknowledge the common link and common ideology that is responsible for the Charlie Hebdo massacre and the lashing of Saudi blogger in Jeddah. As noted by Jahanzeb Hussain: “The Saudi government ordered a dissident blogger to be lashed in public for insulting Islam. Maybe the West should try to fix this problem by ending its love affair with the Saudis instead of taking pride in insulting Islam. Maybe France should stop selling arms to the Saudis to really protect free speech.” –

JEDDAH: Saudi Arabia on Friday publicly flogged a blogger sentenced to 1,000 lashes for insulting Islam, with Amnesty International condemning his punishment as a “vicious act of cruelty”.

A Saudi court in September upheld a sentence of 10 years in prison as well as the flogging for Raef Badawi, who has been behind bars since June 2012.

The 30-year-old received a first installment of 50 lashes on Friday and is expected to have 20 weekly whipping sessions until his punishment is complete.

Witnesses said that Badawi was flogged after the weekly Friday prayers near Al-Jafali mosque in the Red Sea city of Jeddah as a crowd of worshipers looked on.

He was driven to the site in a police car, and taken out of the vehicle as a government employee read out the charges against him to the crowd.

The blogger was made to stand with his back to onlookers as another man began flogging him, witnesses said, adding that Badawi did not make any sound or cry in pain.

People who had emerged from noon prayers watched in silence and were ordered by security forces not to take any pictures on their mobile phones.

Badawi is the co-founder of the now-banned Saudi Liberal Network along with women’s rights campaigner Suad al-Shammari, who was also accused of insulting Islam and arrested last October.

Shammari has said the charges against Badawi were levelled after the Saudi Liberal Network criticised clerics and the kingdom’s notorious religious police, who have been accused of a heavy-handed enforcement of the kingdom’s strict Sharia law.

In July 2013, a court initially sentenced Badawi to more than seven years in jail and 600 lashes, but an appeals court overturned the ruling, sending the case back for retrial when he received a harsher sentence.

The United States, Amnesty International and Reporters Without Borders have denounced the flogging as a horrific form of punishment, saying Badawi was exercising his right to freedom of expression.

“The flogging of Raef Badawi is a vicious act of cruelty which is prohibited under international law,” said Amnesty’s Said Boumedouha, describing the blogger as a “prisoner of conscience”.

“By ignoring international calls to cancel the flogging Saudi Arabia’s authorities have demonstrated an abhorrent disregard for the most basic human rights principles.”

Amnesty, echoing other rights groups, said Badawi’s “only ‘crime’ was to exercise his right to freedom of expression by setting up a website for public discussion,” and demanded his unconditional release.

Rape, apostasy, murder, armed robbery and drug trafficking are all punishable by death in Saudi Arabia.