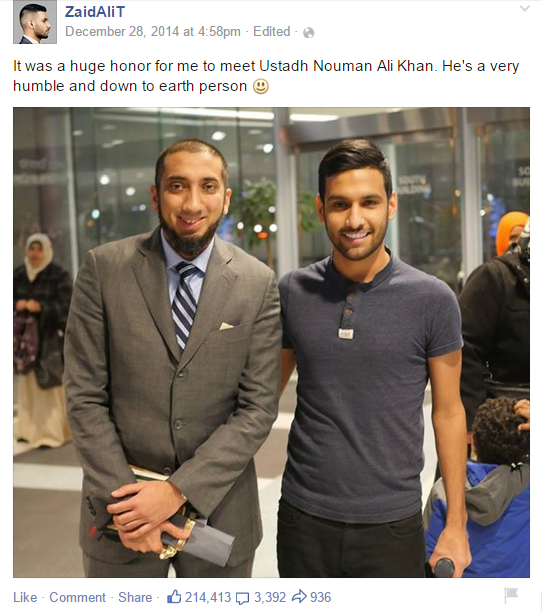 “Before discovering the truth, perhaps the only thing that had bothered me about Zaid Ali was how he wore his religion on his sleeve, and constantly boasted about his good deeds. For example, he recently shared news of turning down a lucrative acting role in Hollywood because a kissing scene hurt his religious sentiments. In my experience, people who try so hard to convince the world that they are pious are normally hiding deep ugliness inside.
It saddens me to say that Zaid’s ugliness is that he is a thief, a thief who steals others’ hard work and ideas, and profits off of them.
Many months ago, Zaid showed courage when he told his followers that he battled suicide and depression early in his life. I hope he can now find the same courage to apologise to his fans and the victims of his plagiarism,” – Express Tribune (http://blogs.tribune.com.pk/story/25697/dear-zaidalit-stealing-jokes-isnt-funny/)

It is a fact that:

Zaid Ali is a disciple of Deobandi Wahhabi preacher Nouman Ali Khan (‘music is audio pornography’ fame, a staunch supporter of Deobandi Tablighi Jamaat and Deobandi Binori madrassah) who himself is a disciple of notorious Nasibi cleric Dr Israr Ahmed and other pro-Taliban Deobandi clerics.

Zaid Ali is the lighter shade of pro-Taliban pro-ISIS Deobandi Wahhabis evangelism. He uses his videos and skits to subtly propagate Islamism and convert innocent Sunni Muslim and non-Muslims to radical Deobandi and Salafi Wahhabi cult. He proudly publishes his achievements (converstions) on facebook.

He sheds tears for Palestine, Kashmir and other slective Jihadist causes but you will never see him shed tears for more than 45,000 Sunni Sufi and Barelvis, 22,000 Shias and hundreds of Ahmadis, Christians and Hindus killed in Pakistan by his fellow Deobandi mates. Of course, you will not see him in a “Honk for Nigerian Christians or Syrian Sunni Sufis” video to express sympathy and support for the Christian and Sunni Sufi vicitms of Deobandi Wahhabi/Salafi terrorists in Middle East, South Asia and Africa. When it comes to Deobandi Wahhabi terrorism he claims terroirsts have no religion. Typical Deobandi Wahhabi denialist.

And of course, he is a blatant plagiarizer. 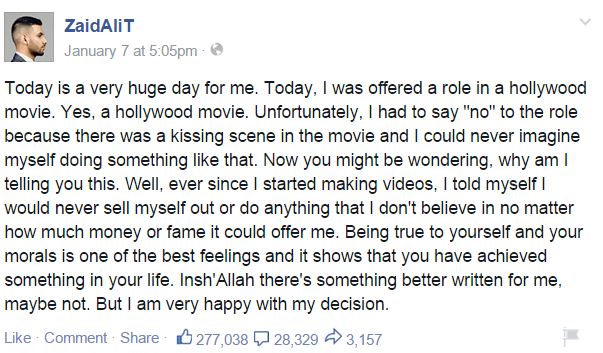 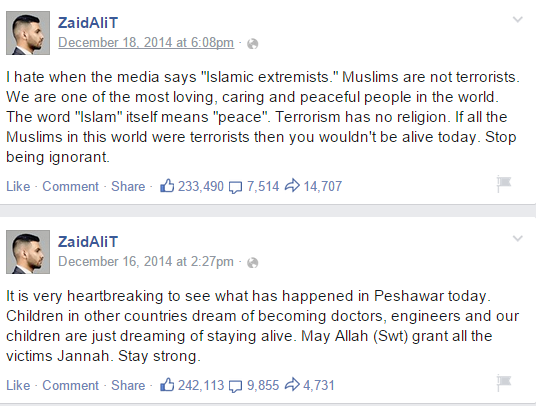 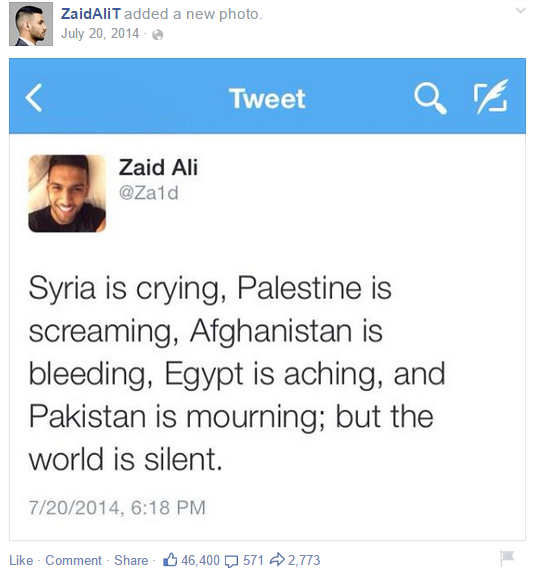 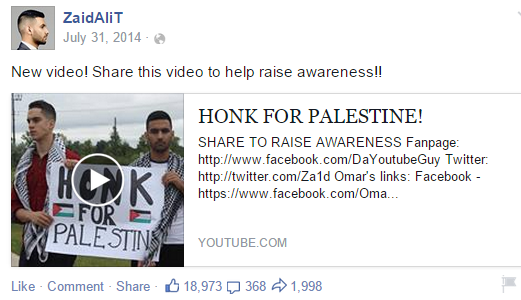 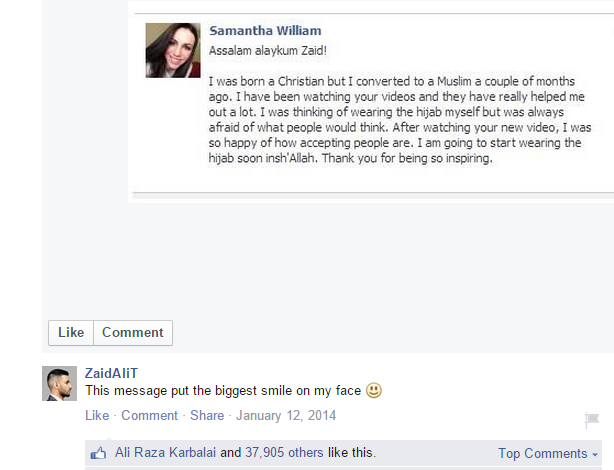 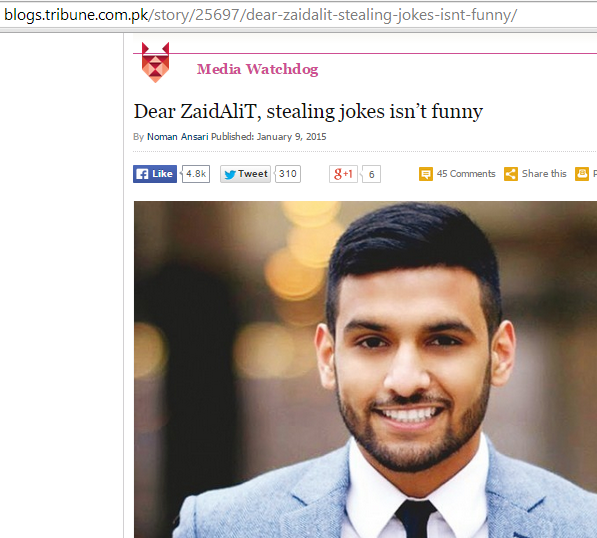